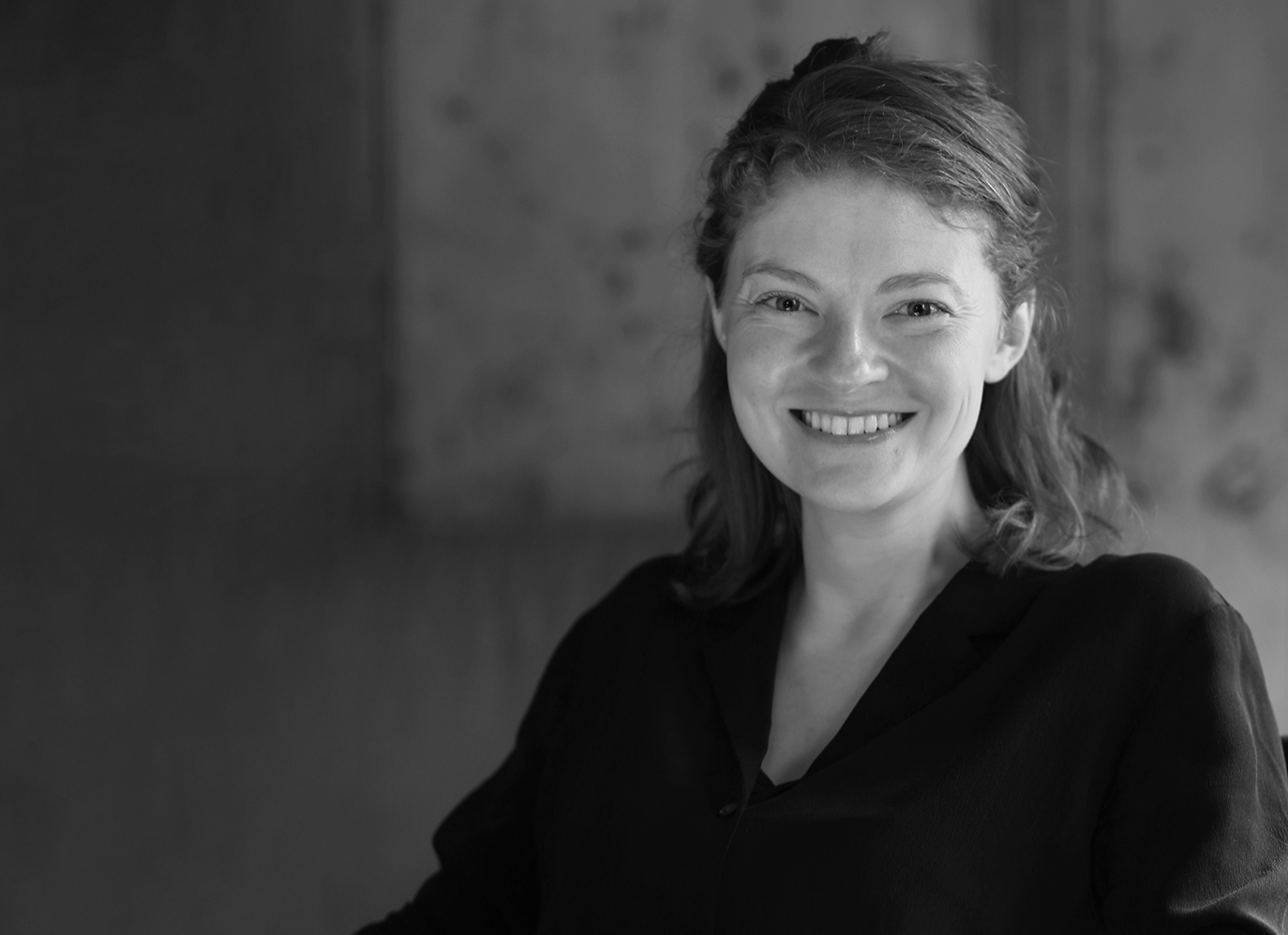 Meekyung MacMurdie is a historian of Islamic art and architecture, with a focus on manuscripts. Her interests include aesthetics and artistic practice, the creation and transmission of knowledge, cultural encounters and exchanges in the medieval world, and historiography. She is currently at work on her first book, which investigates the ontological status and evidentiary stakes of pictures, diagrams, and tables in Arabic scientific and medical works produced in the eleventh through thirteenth centuries. Positioning geometry as a meeting ground between the philosophical and applied arts, the book theorizes the historical significance of facture, while also exploring the mutability of viewers’ reception of visual forms. The project reframes questions about ornament, abstraction, and style in terms of cognition and reasoning in a pivotal period: following the Islamicate reception of late antique forms and preceding early modern articulations of motifs. In addition to research on premodern topics, MacMurdie is collaborating with Jesse Lockard, a historian of post-war architecture, on a project that examines the formative years of the discipline, when—they argue— art history methods were entwined with artisanal tools. The study positions pattern books as a bridge between critical historiography and material object studies, as well as (problematic) early articulations of global art history. MacMurdie received her PhD in art history from the University of Chicago (2020). Before joining the University of Utah for the fall semester in 2021, she is completing the current academic year at the University of Bern as a post-doctoral fellow in the European Research Council-funded "Global Horizons in Pre-Modern Art" research group.

What were your initial career ambitions when you started your undergraduate studies?

I had a pretty firm idea that I wanted to study history of some sort. I was one of those odd children who was always reading lots of history books. It was really a broader interest in narrative, and storytelling, and communication. Then, as I was going into college, I was also interested in political science, and the intersection between history and real-world stakes. I had never taken art history until I got to college, but I did have one history teacher in high school that would bring in images. I specifically remember this famous painting, "Napoleon Crossing the Alps."

As an undergrad, I got to take an art history class and sort of see what it was about – and it was really exciting to me. There was this whole new world of visual material evidence that we can think about when working as a historian. In terms of having a clear career or path, I don’t think I ever really had one actually. I was just following my interests and seeing where it took me. But I felt somehow confident that it would emerge.

Who were some early mentors?

I’ve been extremely lucky during my academic training to have had really excellent mentorship, particularly female mentorship. Even as an undergraduate, I had a professor, Lynda Sexson, whose classes were really engaging and theoretical. I think I took everything she taught. As I progressed through the program, I had opportunities to do research projects with her, too. She had a way of teaching that blended critical thinking with imagination. I think those two things are inseparable, actually. That was a fantastic model.

In grad school, likewise, I had excellent mentors who – I don’t know how they did it – but they intuited what I needed when, helping me find my weaknesses and develop them into strengths.

Curiosity is not just this innate thing. It requires labor – it’s actually a skill. So, I would say train your curiosity, and ask questions.

What drew you to Islamic Art and architecture? How has your area of specialization evolved over time?

When I started graduate school at the University of Wisconsin, I originally thought I was going to work on early modern botanical and scientific prints. I was interested in landscaping as material practice and the production of knowledge and artistic practice. As I was going through the program, I was starting my master’s thesis working on a French botanist traveling to the Middle East recording observations and collecting samples. During that process, I started thinking, “What is the other side? What is the knowledge that is being produced there? What would botany have looked like for someone in the early 18th century Ottoman Empire, for example?” From there, I started looking at things and reading, and I had tons of questions and it didn’t seem like there were many answers. So, I decided to switch programs.

My advisor at Wisconsin, Jill Casid, was incredibly supportive and helped me apply and think about how my study would work. I remember her telling me, after my acceptance came in, that I should go wherever I would be supported to do my best work. That’s something that has really stuck with me. We are getting into this because we are curious and because there is pleasure in it, but we also want to do our best work. That is what led me to Chicago, and to studying there as an Islamicist.

I was going to ask, what goes into choosing a graduate program?

Support in the broadest sense – which means things like opportunities to take languages, funding packages, who your peers and faculty will be. These are people who you will learn a lot from as you go through. Also it means things like, “Is this a city I can live in?”

And how did your goals change once you were in grad school?

I don’t mean to convey that I am not an organized planner. I seem to be in every other aspect of my life except for my academic work. Even as a grad student, I didn’t have a firm idea. Or another way to put it is that the market is so competitive that you are trying to gain as many skills as possible. I certainly tried to diversify myself with different kinds of experiences: museum work, academic teaching. I didn’t think about what the career really meant until very late in the PhD. I did a lot of preparation for all sorts of different paths. I was waiting for things to unfold.

Can you tell us a bit about the projects you are currently working on?

There are a couple big projects that are in the works. The first is a book project on 12th and 13th century Islamic, and particularly Arabic, tables, diagrams, and pictures. And the second is a collaborative project I’m working on with Jesse Lockard, who is a historian currently at the Kunsthistorisches Institut in Florenz. We have been friends and colleagues for a very long time. We were in graduate school together.

I love to collaborate. I love learning from people. Most of my meaningful collaborations have developed over longer periods of time in the sense that they are rooted in longer conversations about different subjects. Jesse teaches architecture and architecture theory. I am an Islamicist. We were both, at the time, teaching courses where we were talking about Owen Jones’ "The Grammar of Ornament," but for very different reasons. We really sort of stumbled into this project that now seems to be about everything and may result in a book. Right now, we are working on an article together.

We have many early attempts at what today we would call a global art history. And, I think you could argue that pattern books are one of these early attempts. But they are rife with colonialism, imperialism, and really problematic categories and ways of thinking cross-culturally. One of the main questions we are really interested in is whether these kinds of problematic archives still have purchase – whether we can use them as an entry way into making a better art history that is more inclusive, more encompassing, that asks better questions. Or, whether those problematic archives should be tossed out and we need to start again. I think that is a question that resonates with scholars in many fields. I think it resonates socially at large. It’s been really interesting in this project with her, thinking about this, because at this point I don’t have an answer to that question.

What about your recent experience at University of Bern?

I spent three years at the University of Bern, particularly as part of a European Research Council-funded project called “Global Horizons.” It was about pre-modern art generally. It was a really exciting opportunity. I worked with brilliant scholars. The project was spearheaded by Beate Fricke. What was so exciting and unique about it was that we had opportunities not just to meet and workshop papers, but also to travel together and to actually go see art. For example, we were in Japan before the pandemic hit with Kris Kersey, who is a fantastic scholar of medieval Japanese art, taking us to Tokyo and Nara. It was an incredibly rich, stimulating, intellectual environment. For me, it’s been a real model for thinking outside the box about how collaboration can work.

What advice do you have for undergraduates studying art history as they figure out what next steps to take?

A couple things. The first is really to be curious. It sounds really cliché but it’s true. Curiosity is not just this innate thing. It requires labor – it’s actually a skill. So I would say train your curiosity, and ask questions.

And then, also, read. Read a lot. Lots of different kinds of things. The craft of the art historian, when it comes down to what is finally produced, is the craft of writing. And reading will help with writing.

What advice do you have about publishing, in particular?

It can sometimes be really intimidating, and there can be bureaucracies associated with it. So really think about your reader. As a student, your audience is oftentimes your faculty. But, if you expand how you think about your audience and who you want to reach, I think that really helps shape what direction you go with the writing.

MAGNIFYING is a series dedicated to showcasing the talent of our students, faculty, and staff to help you learn more about the remarkable individuals within our creative community here at the College of Fine Arts.