The Remains of a Dream

The American dream of “self-evident truths” and “unalienable rights,” is no longer a new concept that inspires pride in those living in a fledgling nation. Instead, it is a bedrock of the United States’ identity, an appealing idea, and facade that never existed in truth. The collapse of this dreamscape offers a harsh reality, leaving behind only the remains of a dream.

The Remains of a Dream extends the length of a corridor, stretching a vast 151 feet. The painting, a work existing in a state of ever-changing progress, displays panels with abstract undulations of dark green and turquoise paint covering the walls. Only by walking along its whole length can one possibly see the subject: the Statue of Liberty, prostrated, much like the ideals the “Liberty Enlightening the World'' once held skywards, her torch still firmly grasped in her hand, the only roof of the former light.

The dreamscape held many captive, leading them to believe that justice and equality for all was the law of the land. Through crushed realities, many of us are seeing the bitter truth; some are staying enraptured by the dream, while others are ripped away and kicked out of the fantasy. Now, however, after a global pandemic, and intolerable injustice becoming undeniable, the enchanting bubble has burst, and many cannot quietly go back to sleep. We can no longer listen to a not-so-soothing lullaby that hides injustices done. Fellow human beings are persecuted, abused, and exploited for the select few because of race, class, orientation, and creed. Only by waking up from the illusion can we start to make this dream a reality.

In the poem of Emma Lazarus, the New Colossus cried out with silent lips, “Give me your tired, your poor, Your huddled masses yearning to breathe free”! Where, then, is the blame for the loss of an Icon? Why did she fall? Upon reflection, I can see my own lips, not in a glorious cry to teeming shores, but lips that ignorantly disparaged others, and through my own privilege accepted a system of injustice, then remained silent when others’ rights were violated. With deep remorse, I know it is my words, my thoughts, and prior beliefs that contributed in part to a voice that no longer protects “Life, Liberty and the pursuit of Happiness.”

Until I change, Liberty remains a dream.

-Bryce Billings, with special thanks to Kei Ito and Liz Faust 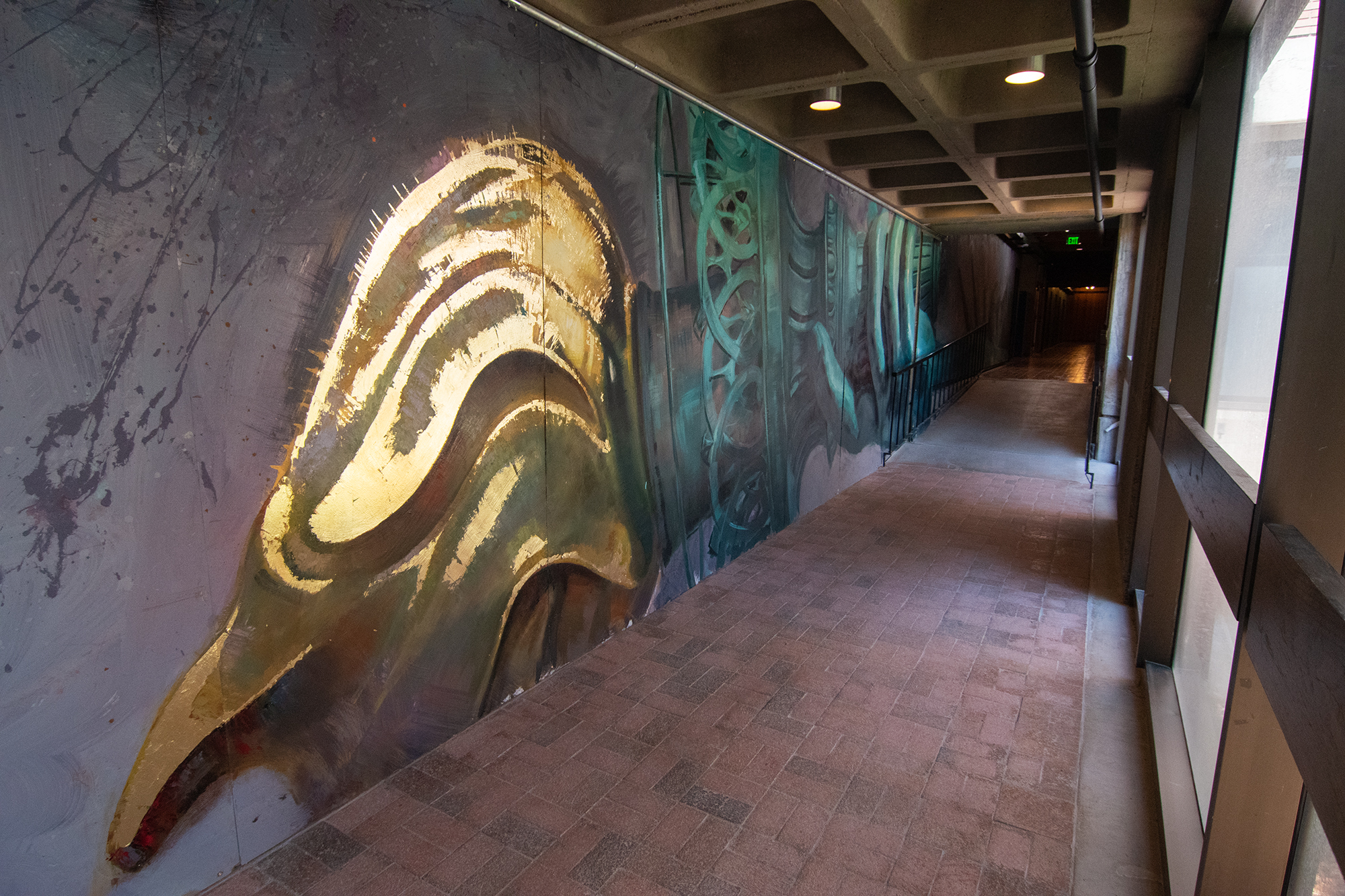 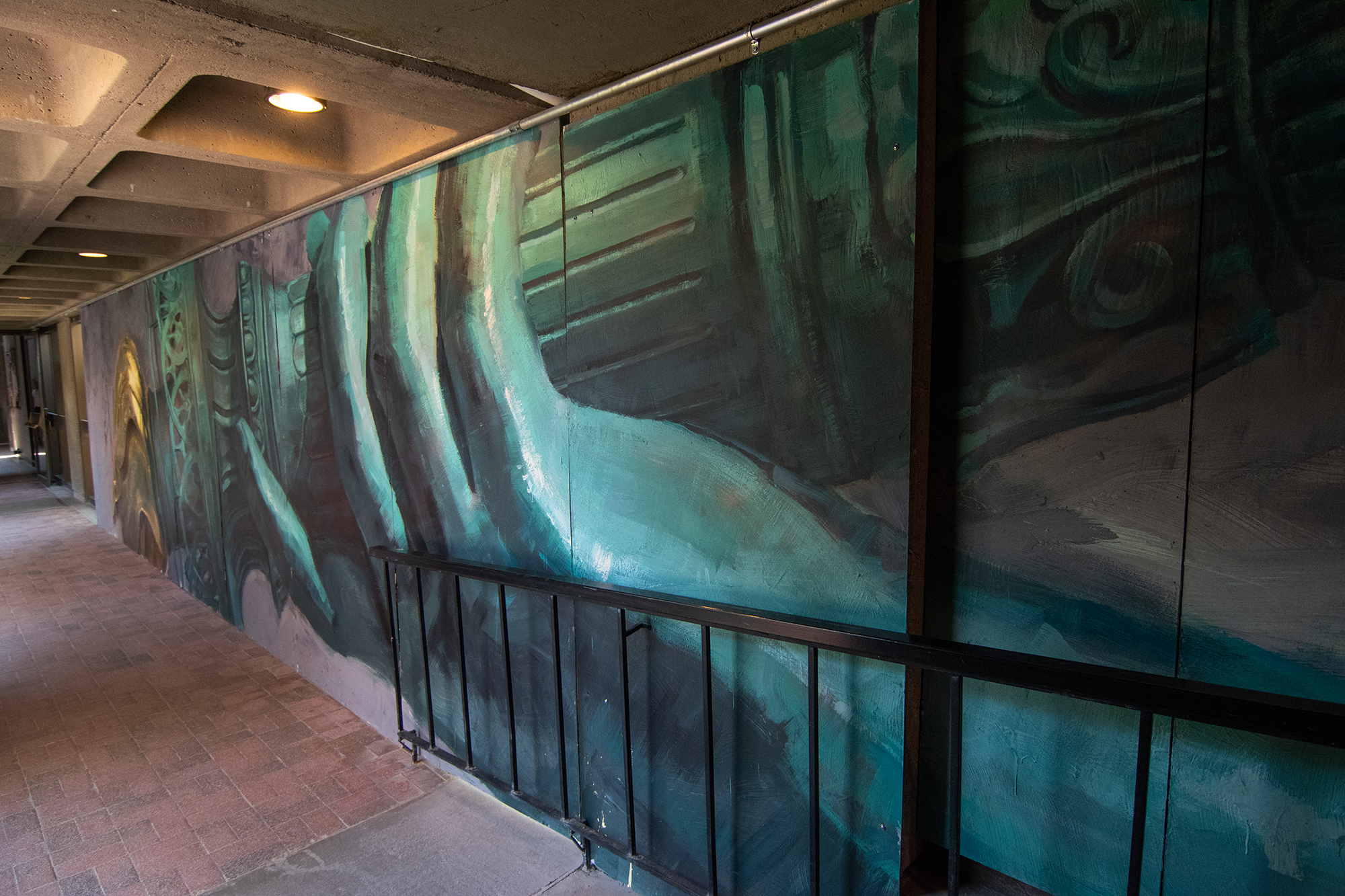 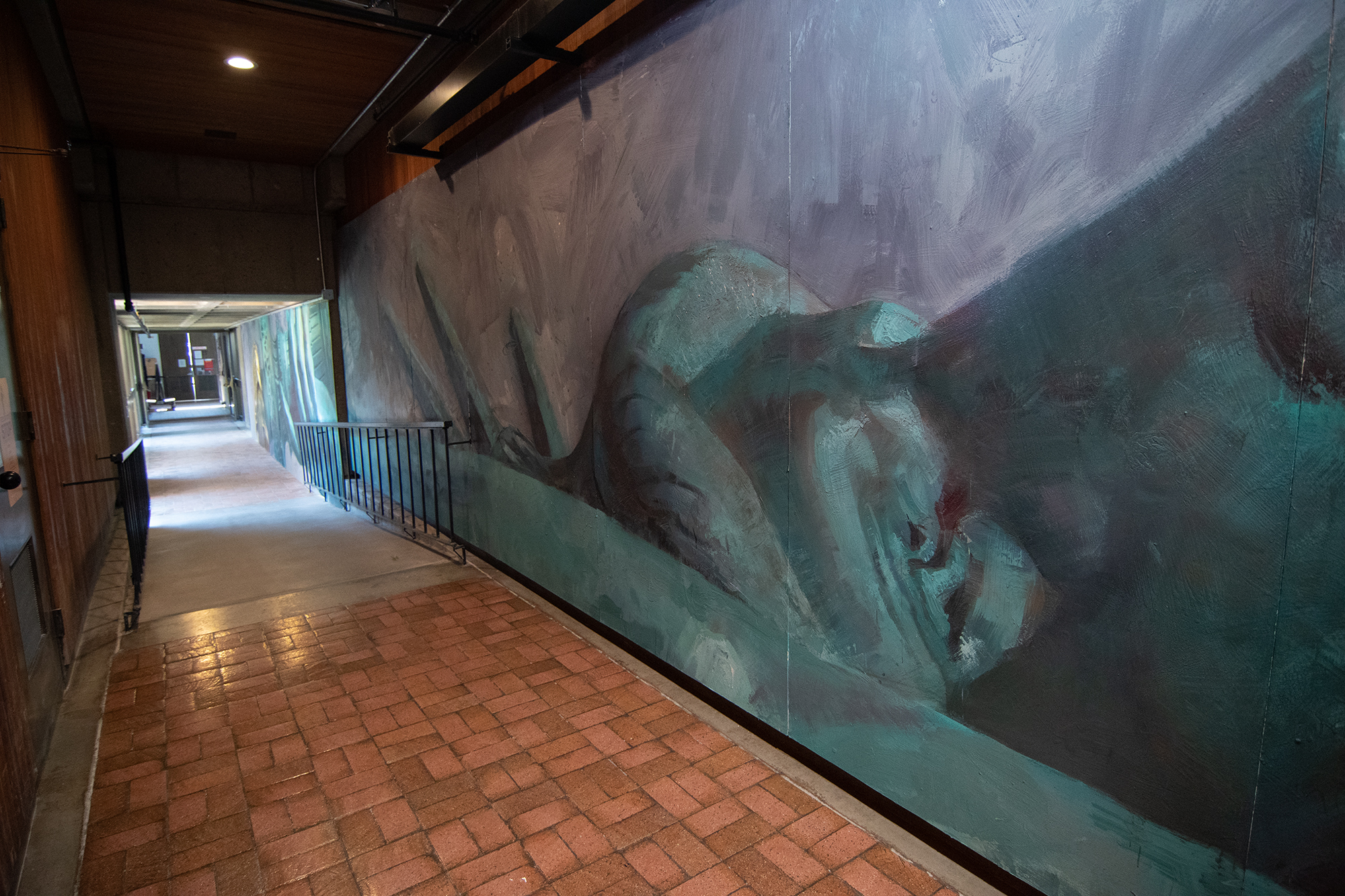 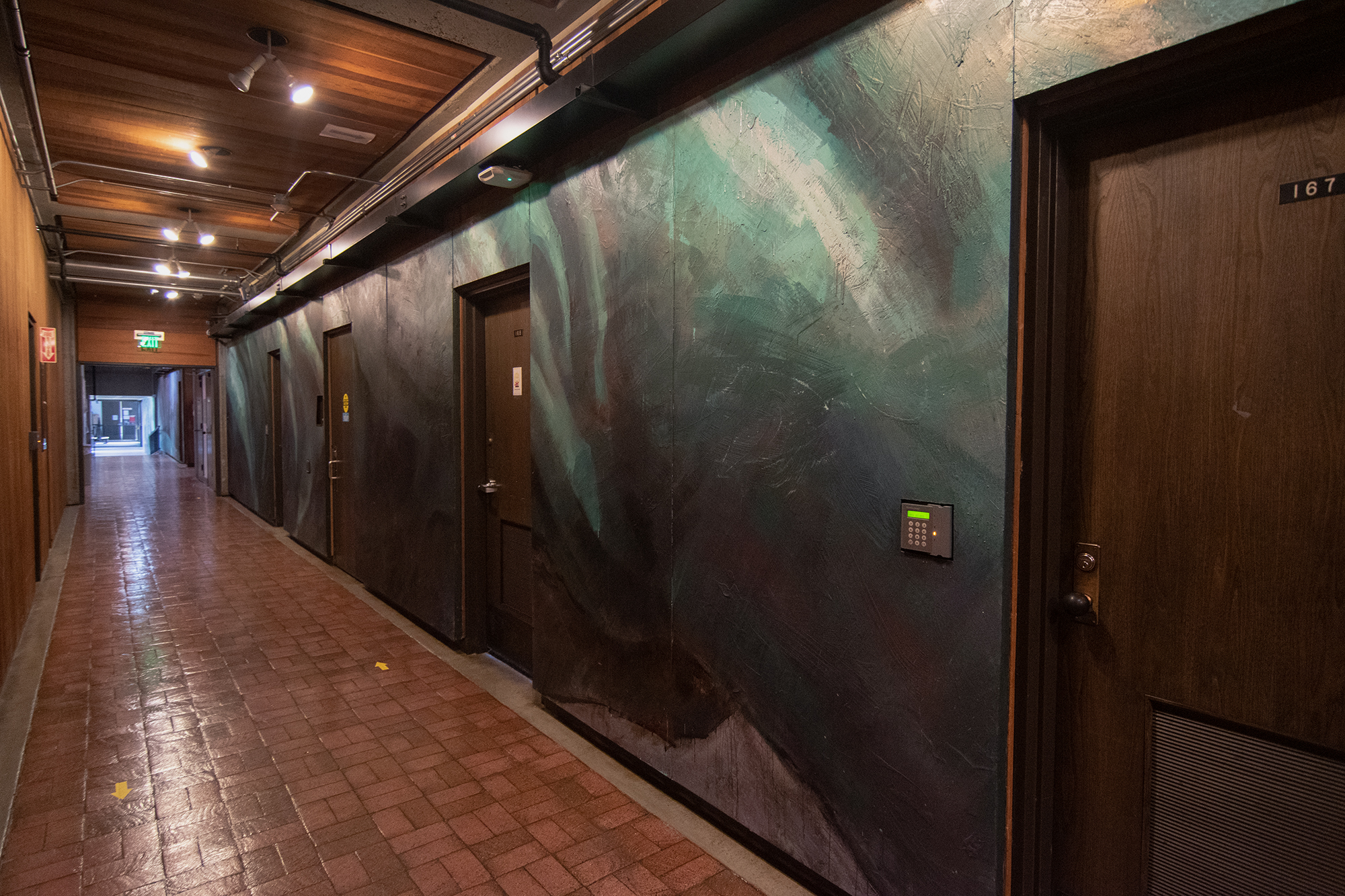 In early May, graduate student Bryce Billings, a team of undergraduate students: Josie Margaret Holbrook, Susannah Mecham, Valeria Johansen, Nicole Melkonian, and various contributing artists, set out to work on a project examining the concept of liberty and the identity of the American Dream. Over the course of the next 4 months, members of this team donated their time to the project every weekend. Through building, painting, and assembling panels in the Art & Art History building a 151’ work was created as a representation of The Statue of Liberty fallen. The work is titled The Remains of a Dream. In this work the artists invite viewers to ask the questions; Do the concepts and values that sustain an identity of freedom and liberty still stand, and if so, do they stand for all people under her light?

This is a work in progress with planned projections installed, available Oct 12, 2020. The work is open to the public with adherence to social distancing guidelines and will be on display through the end of the year. 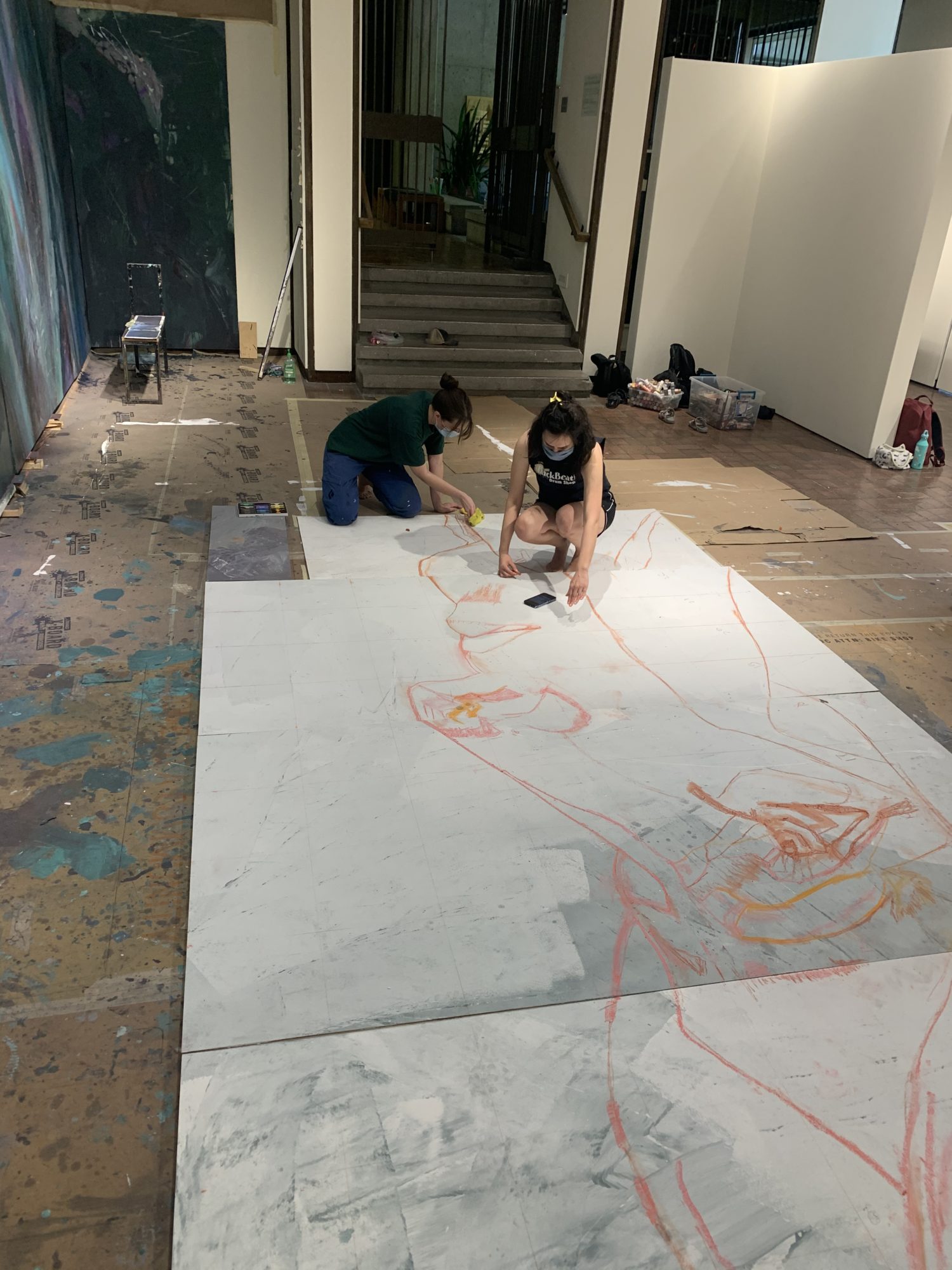 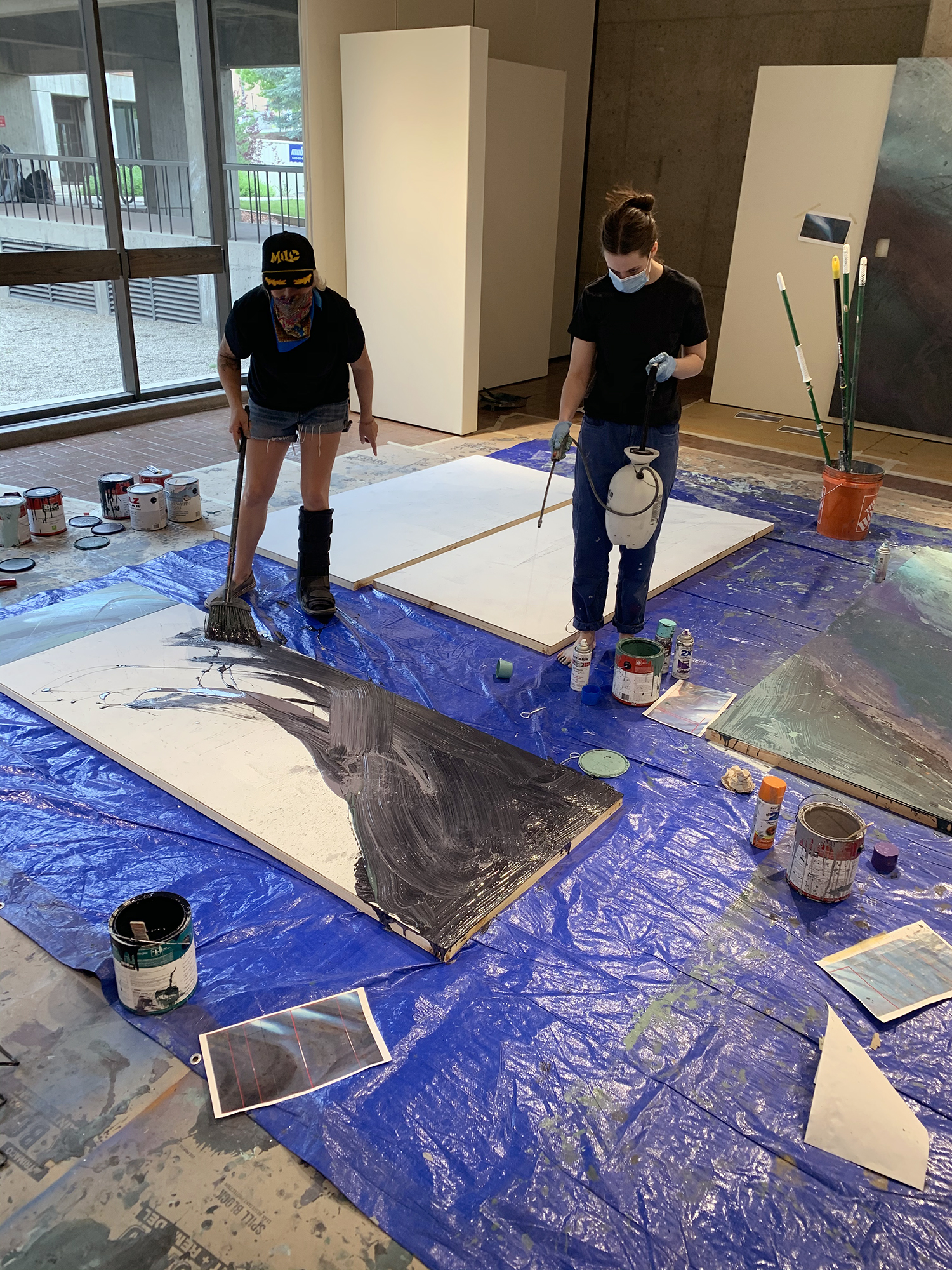 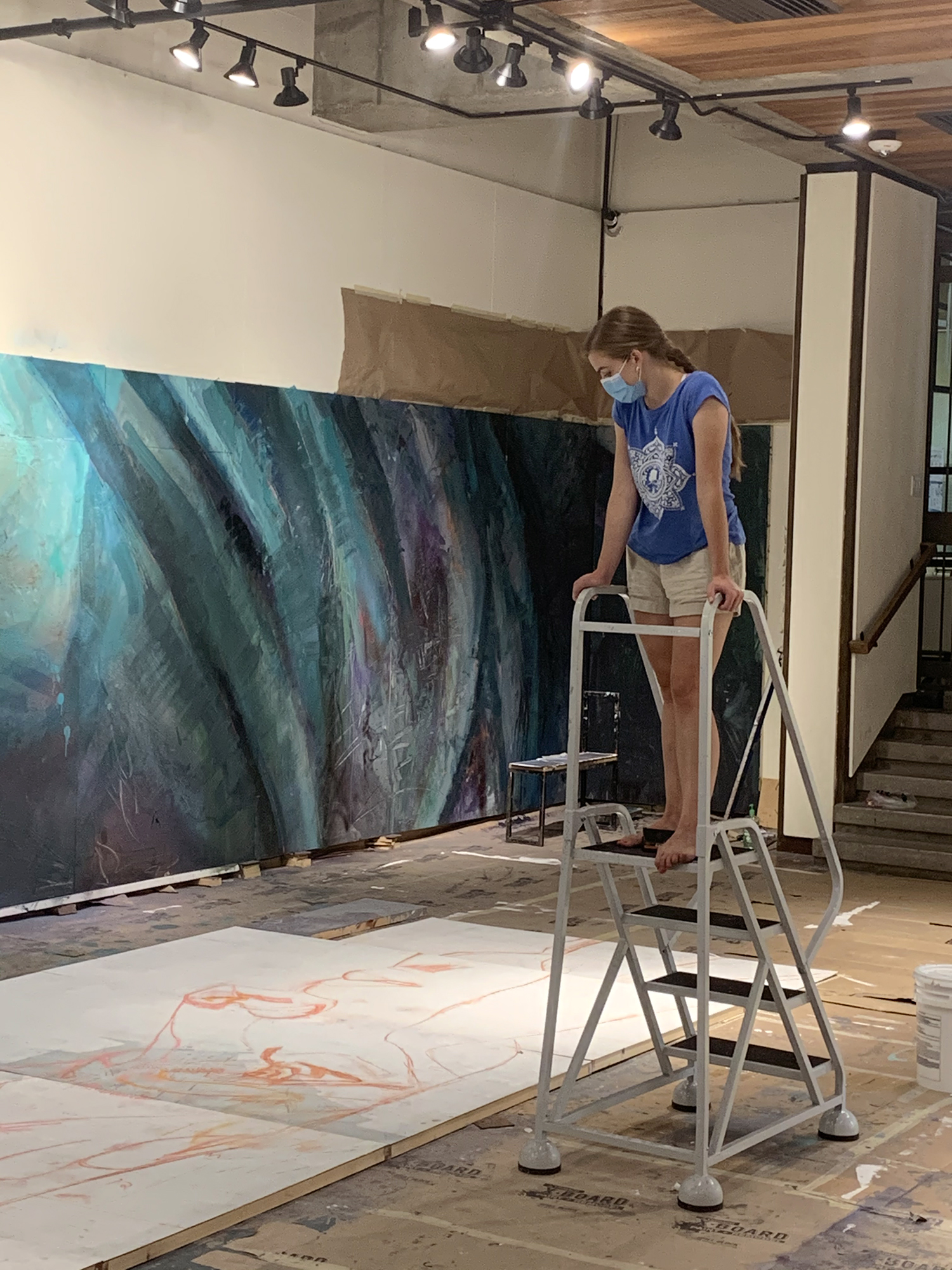 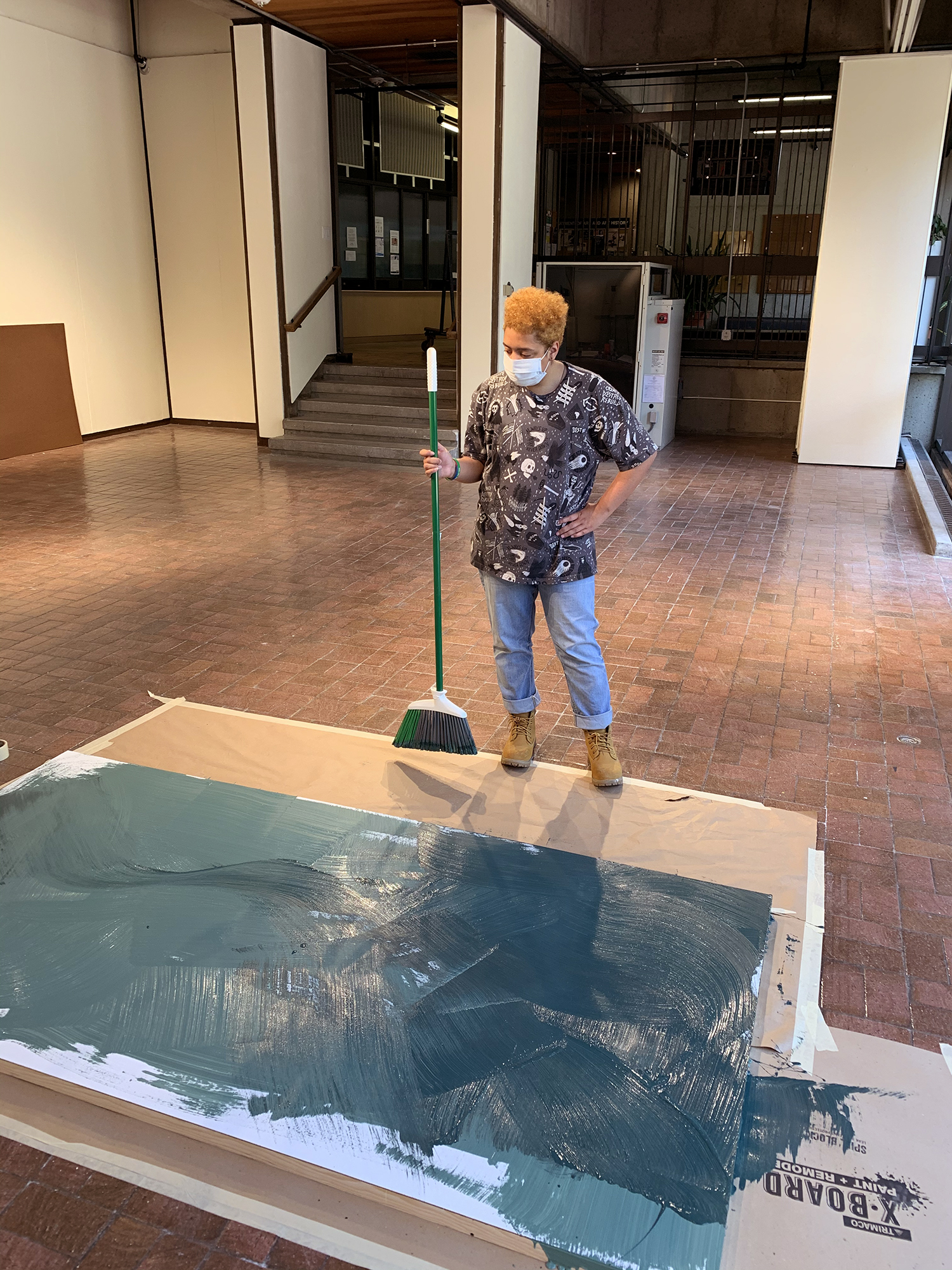 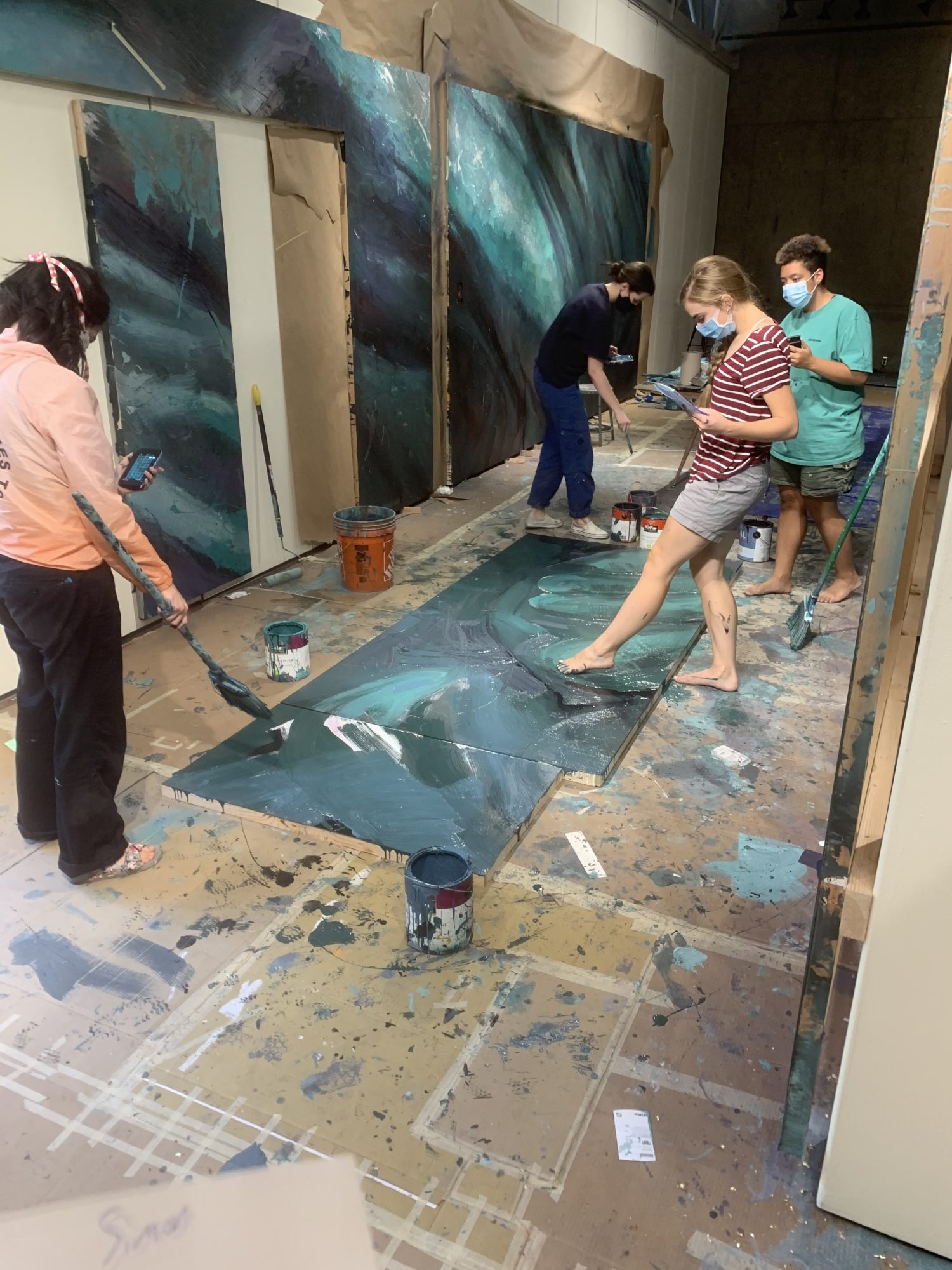 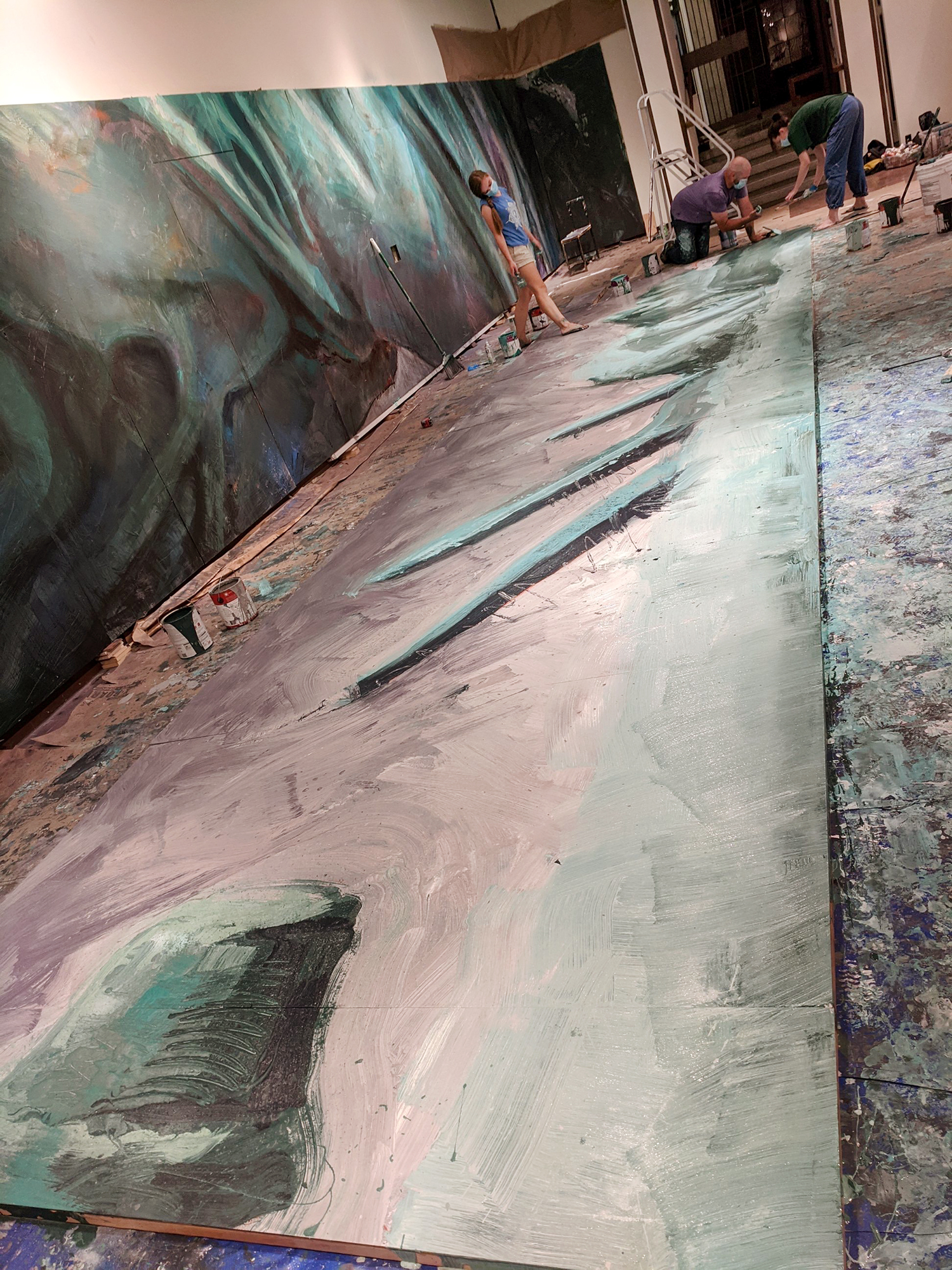 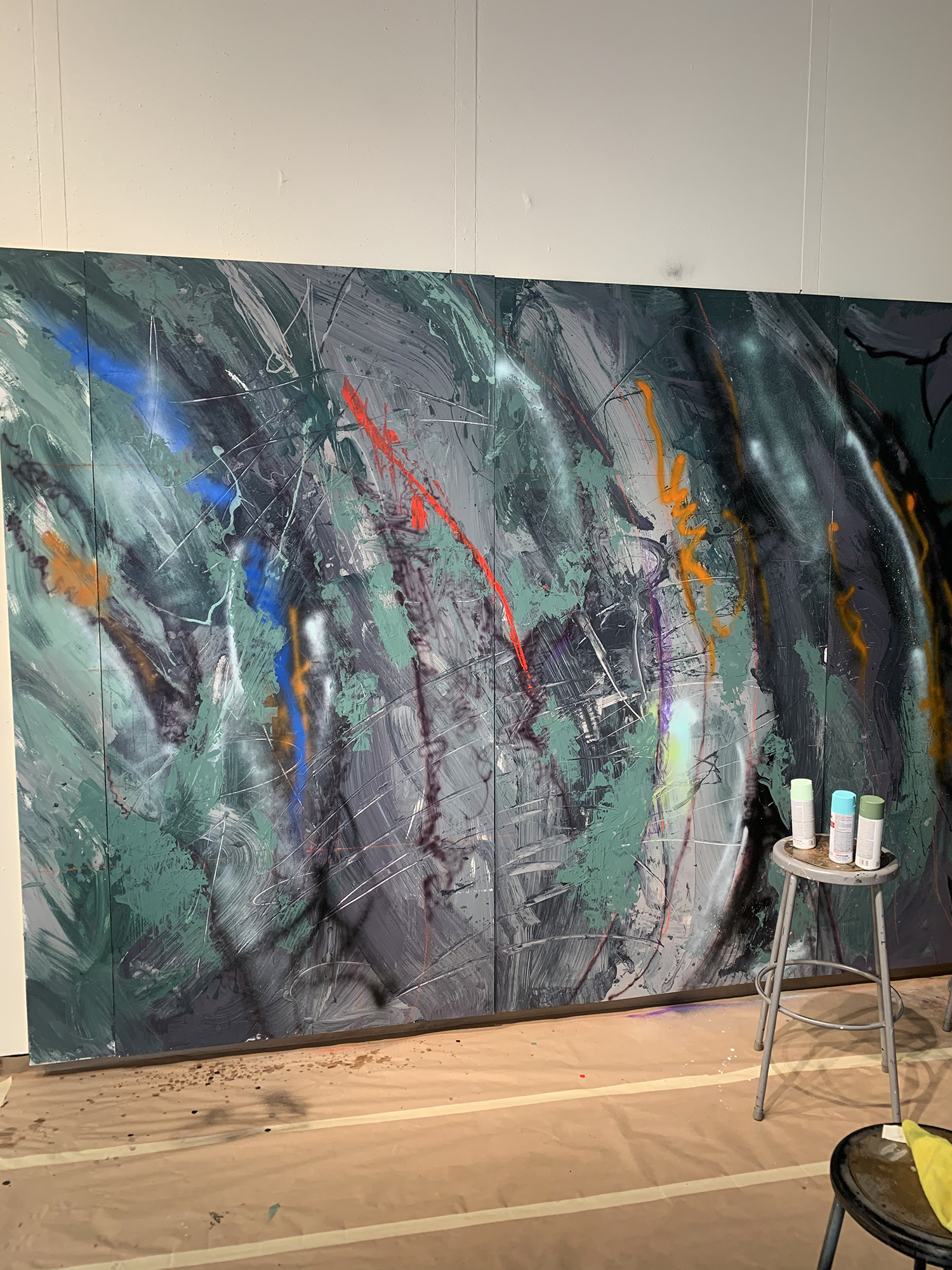 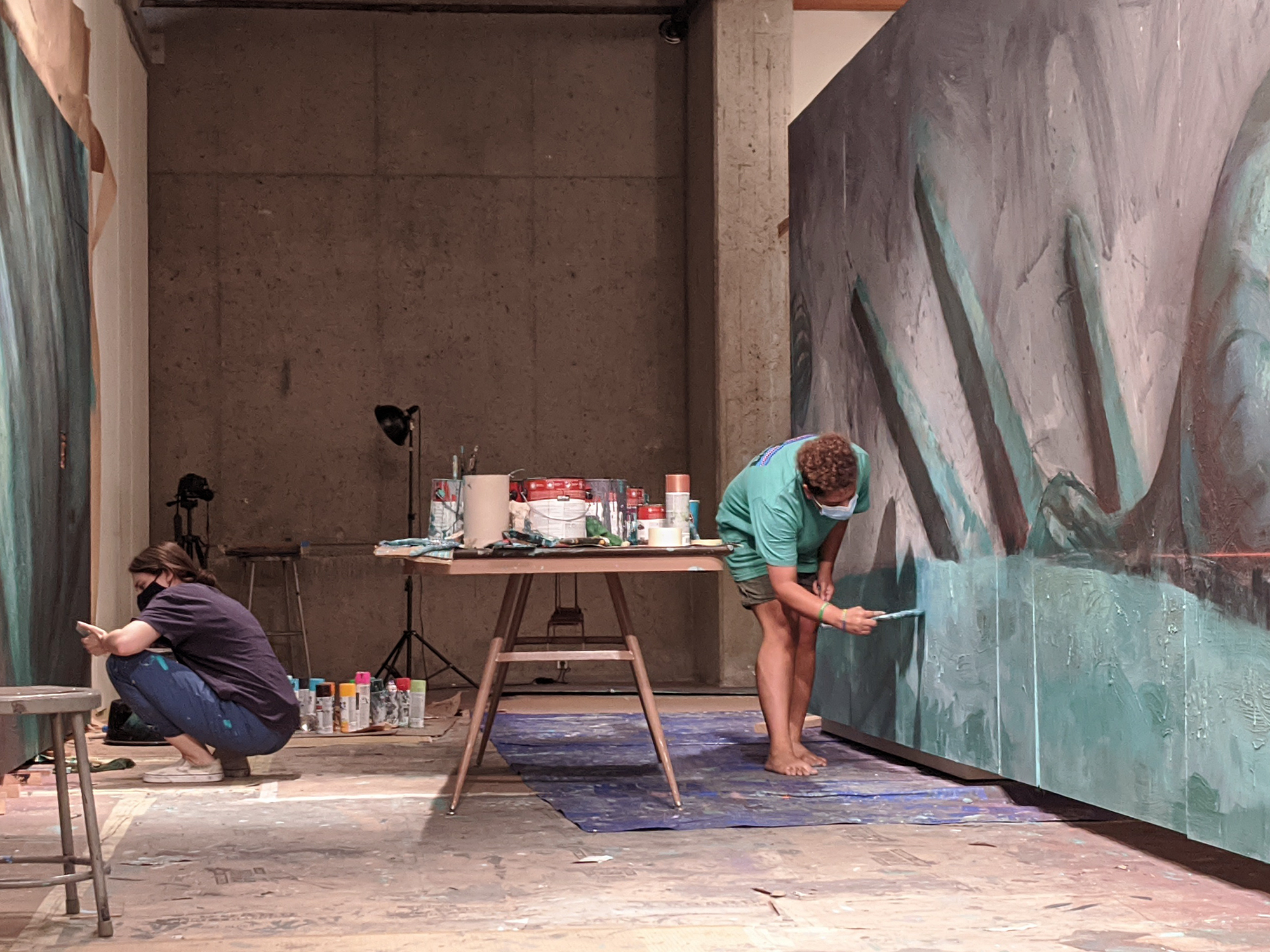 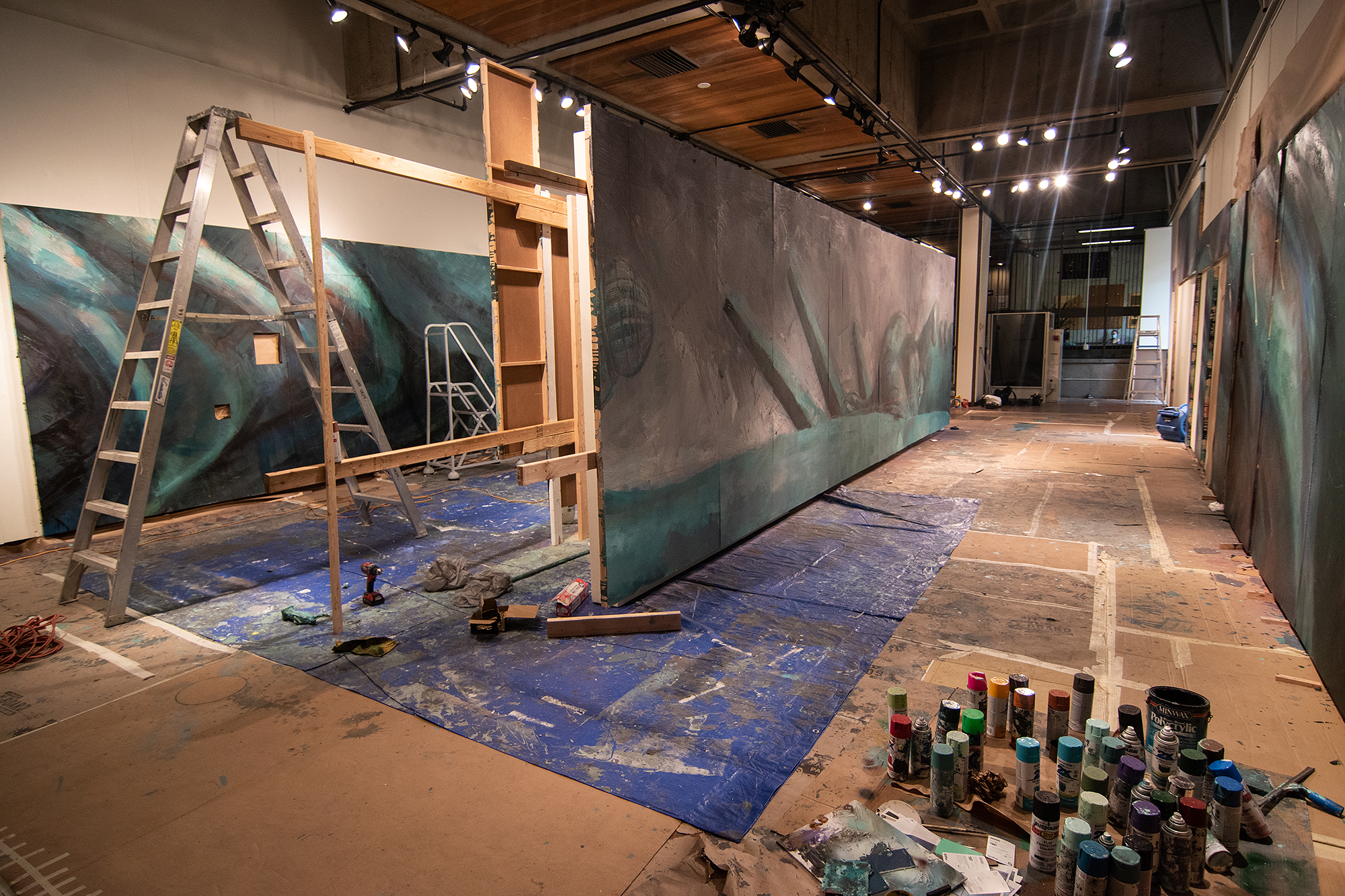 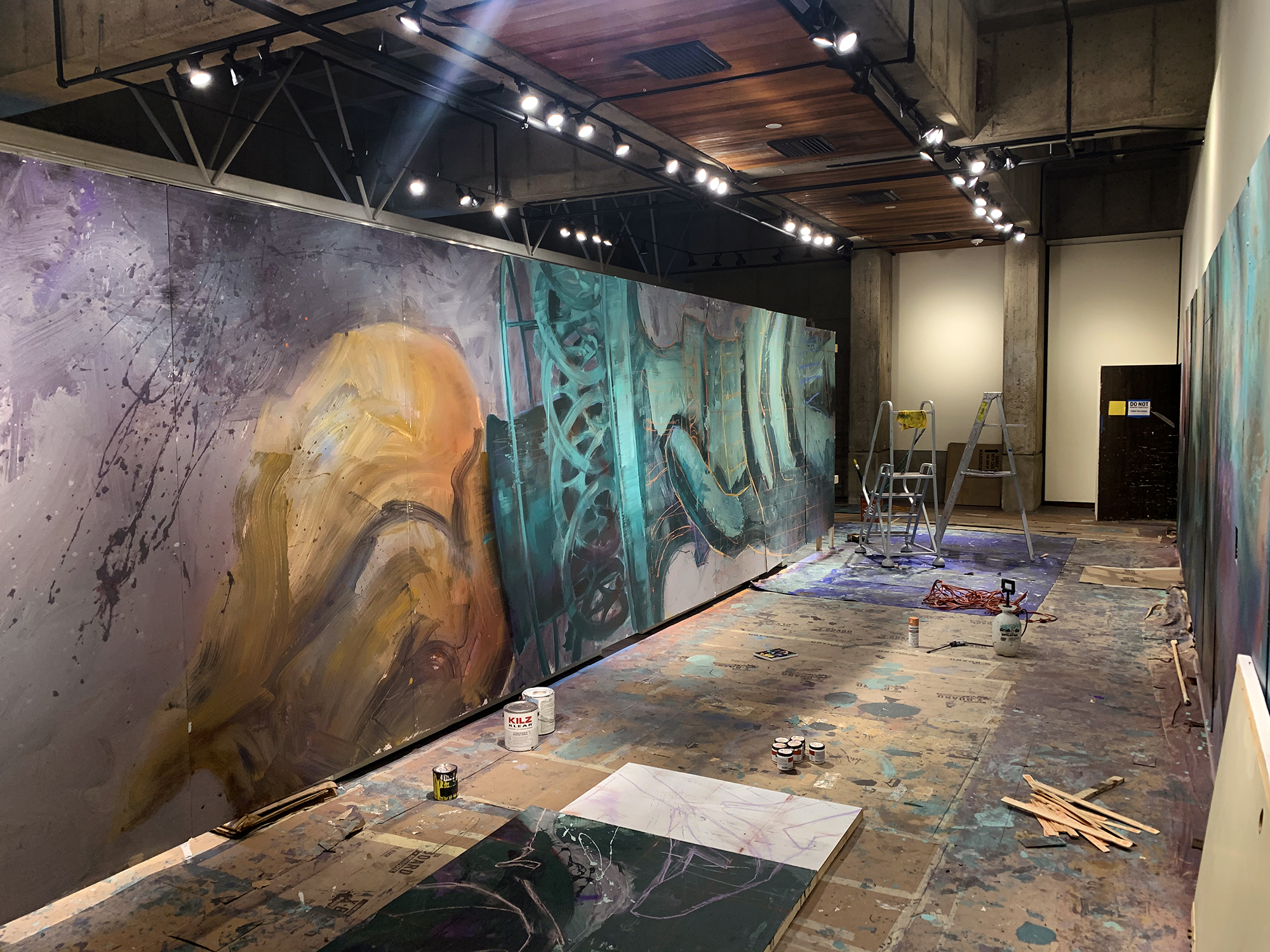 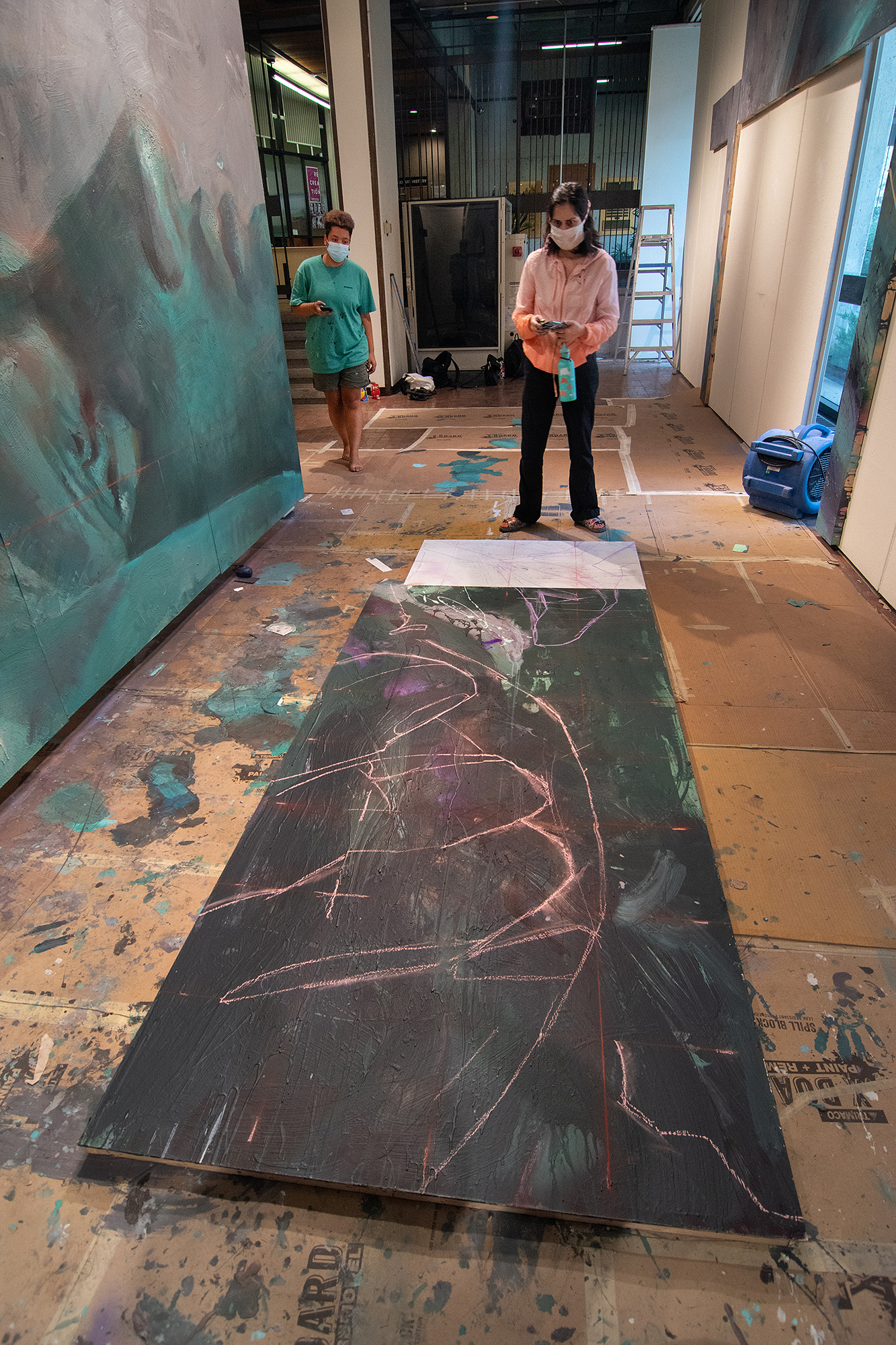 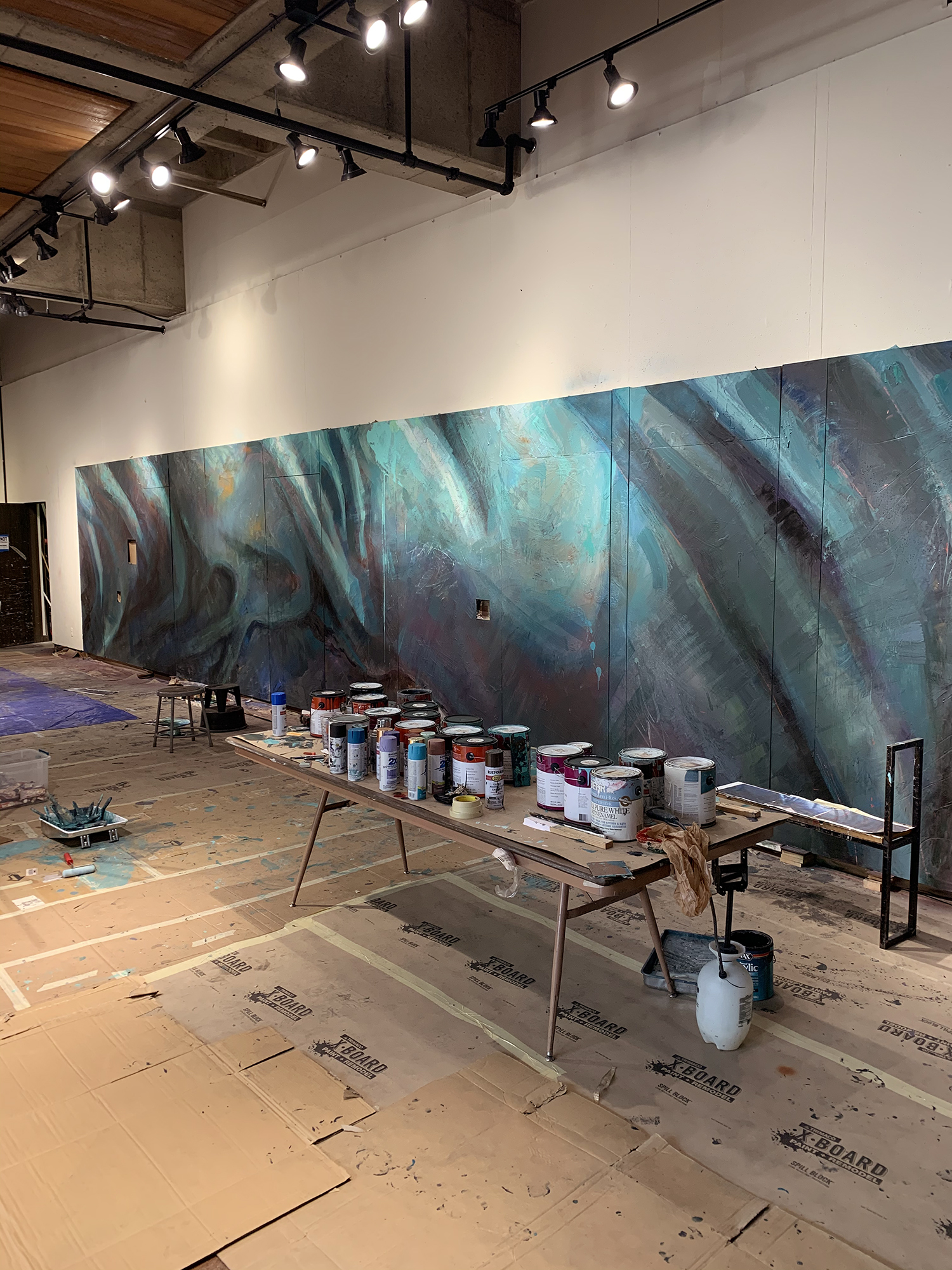 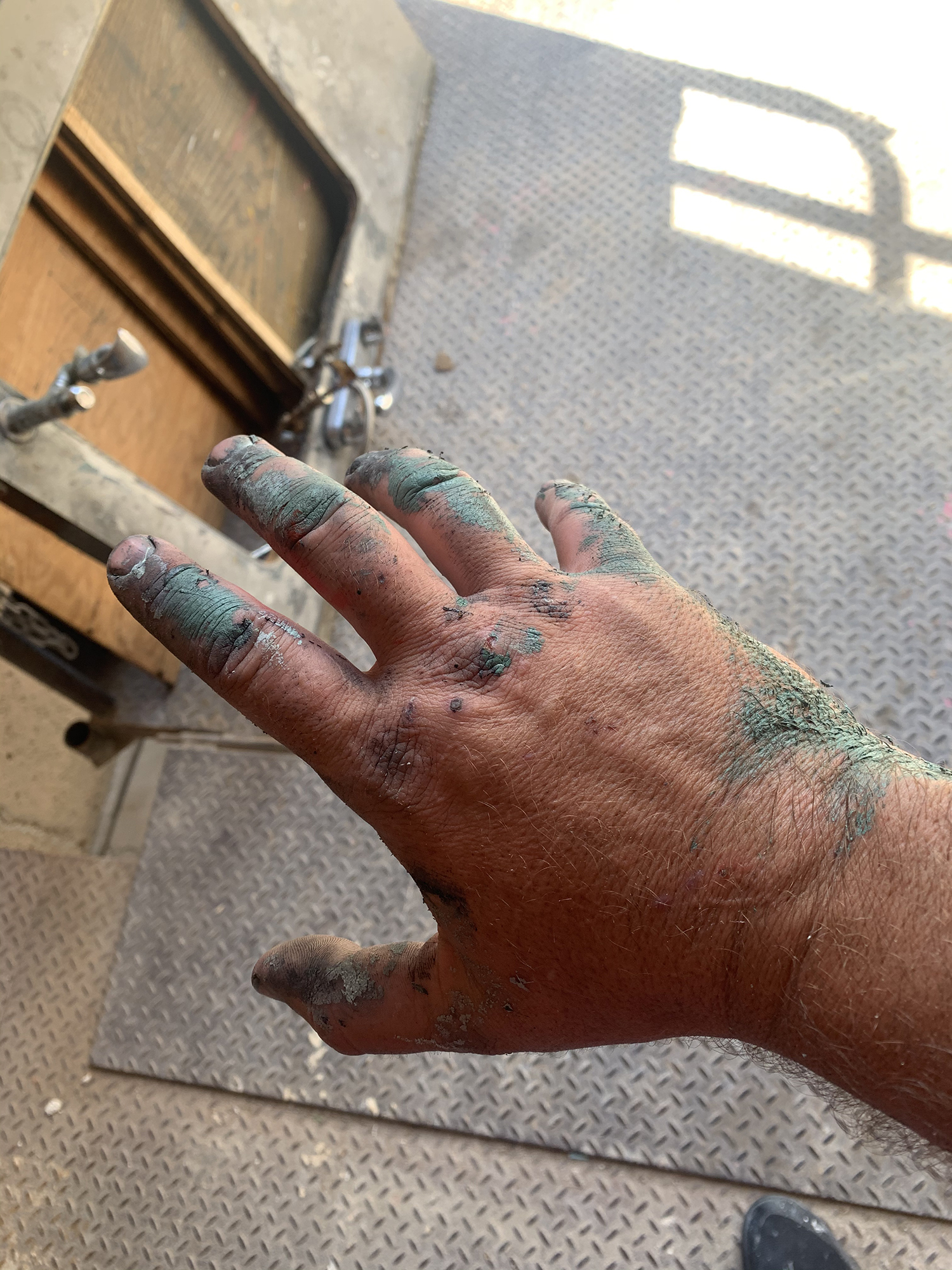 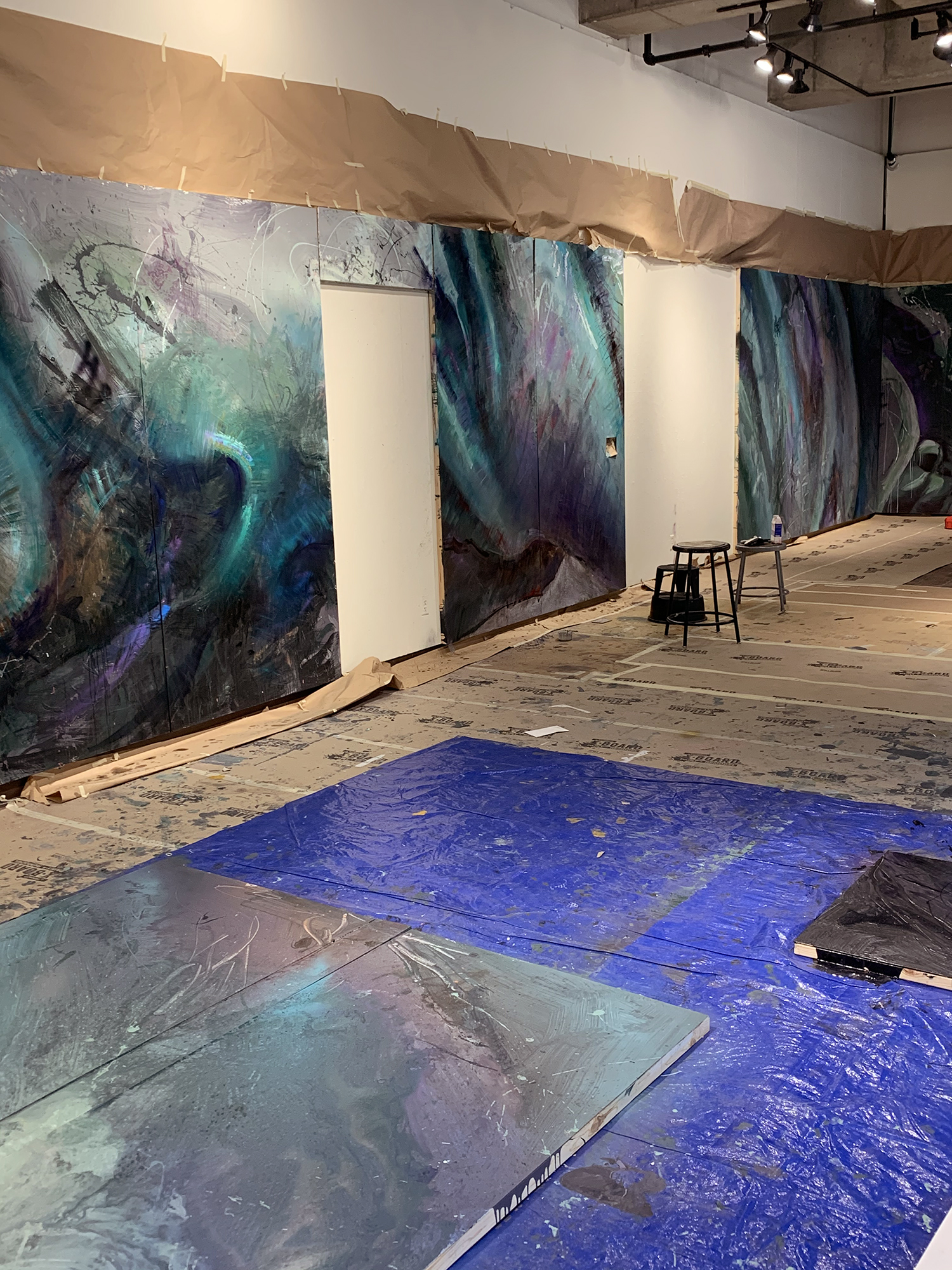 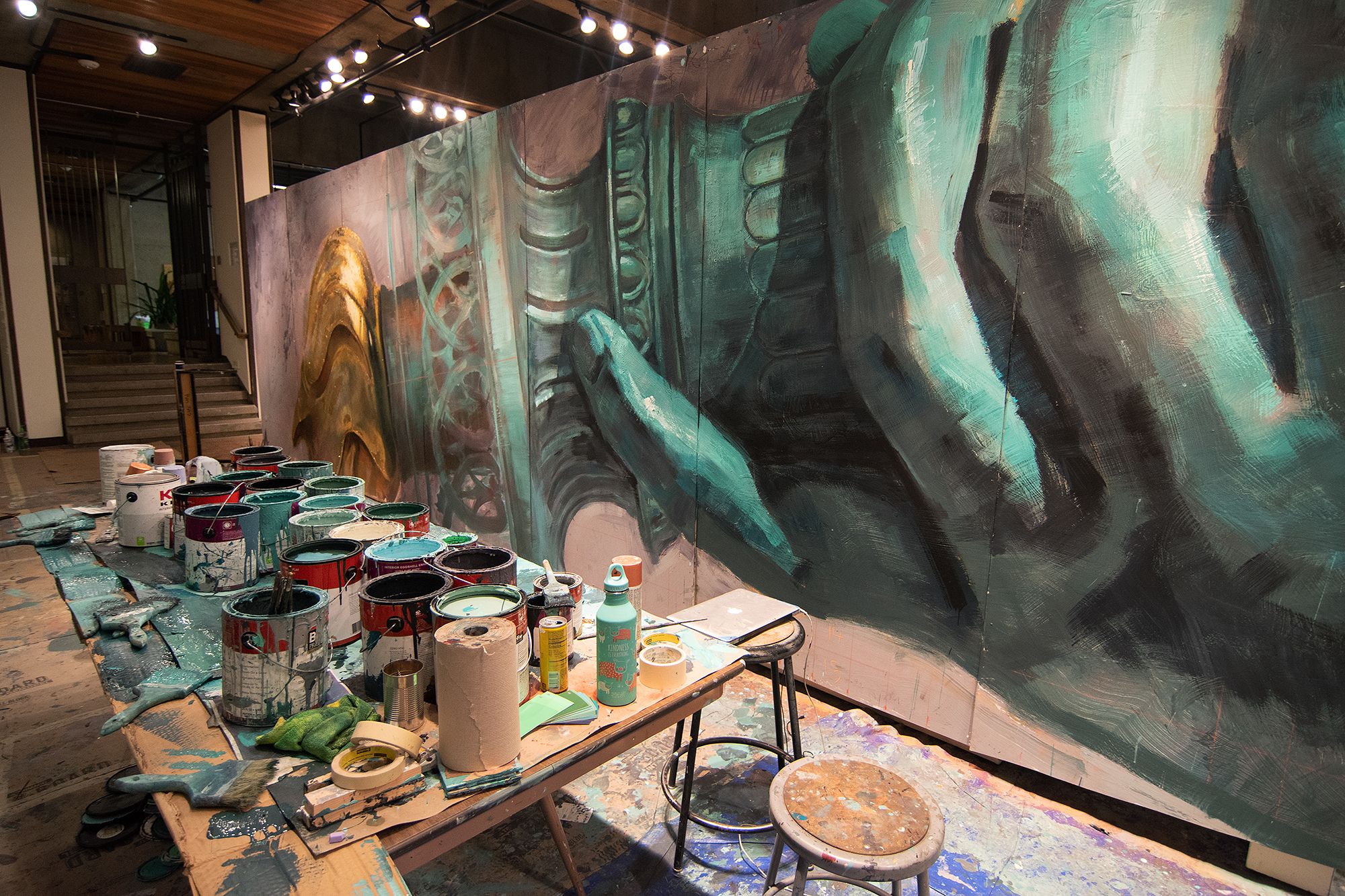 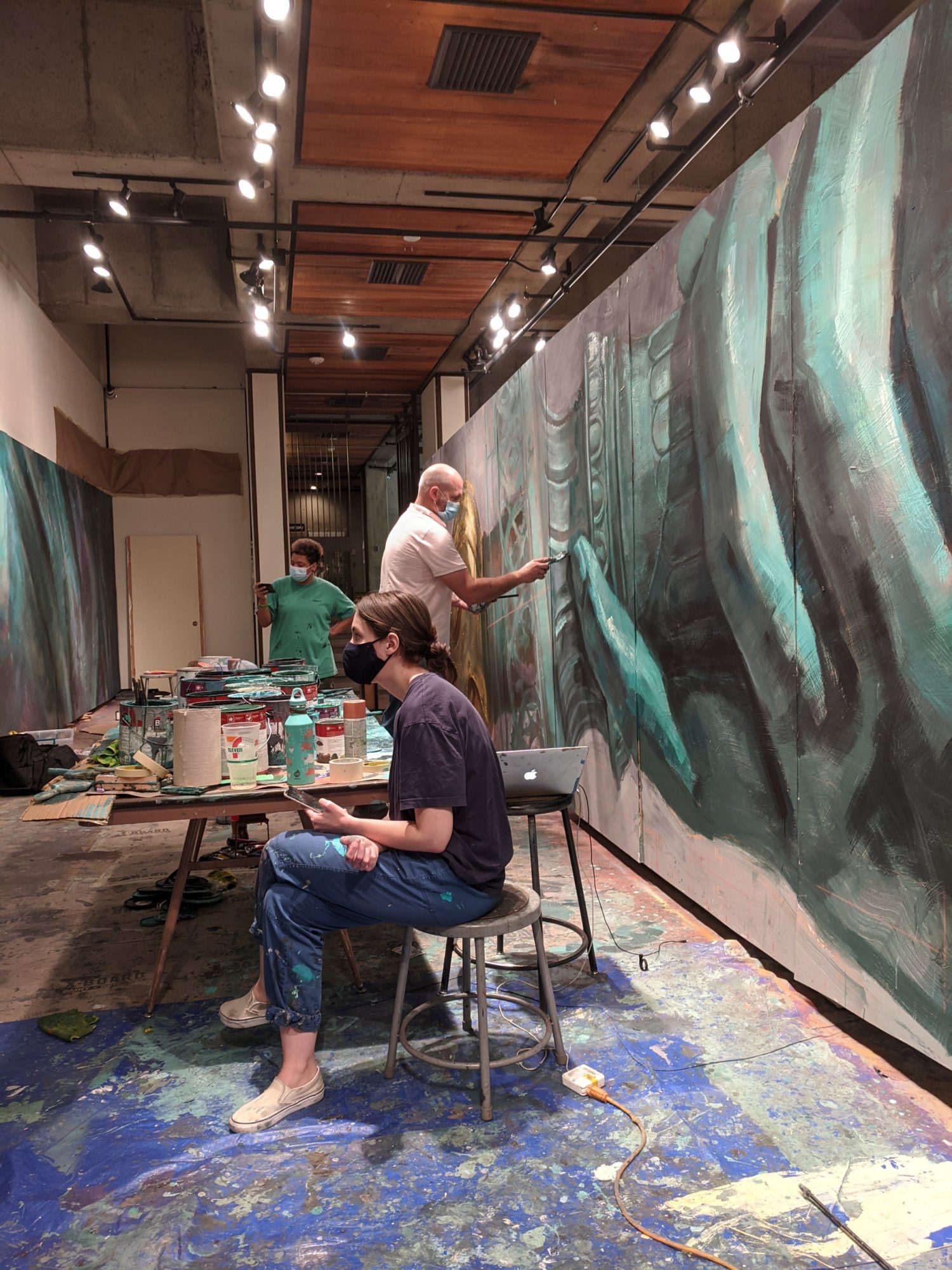 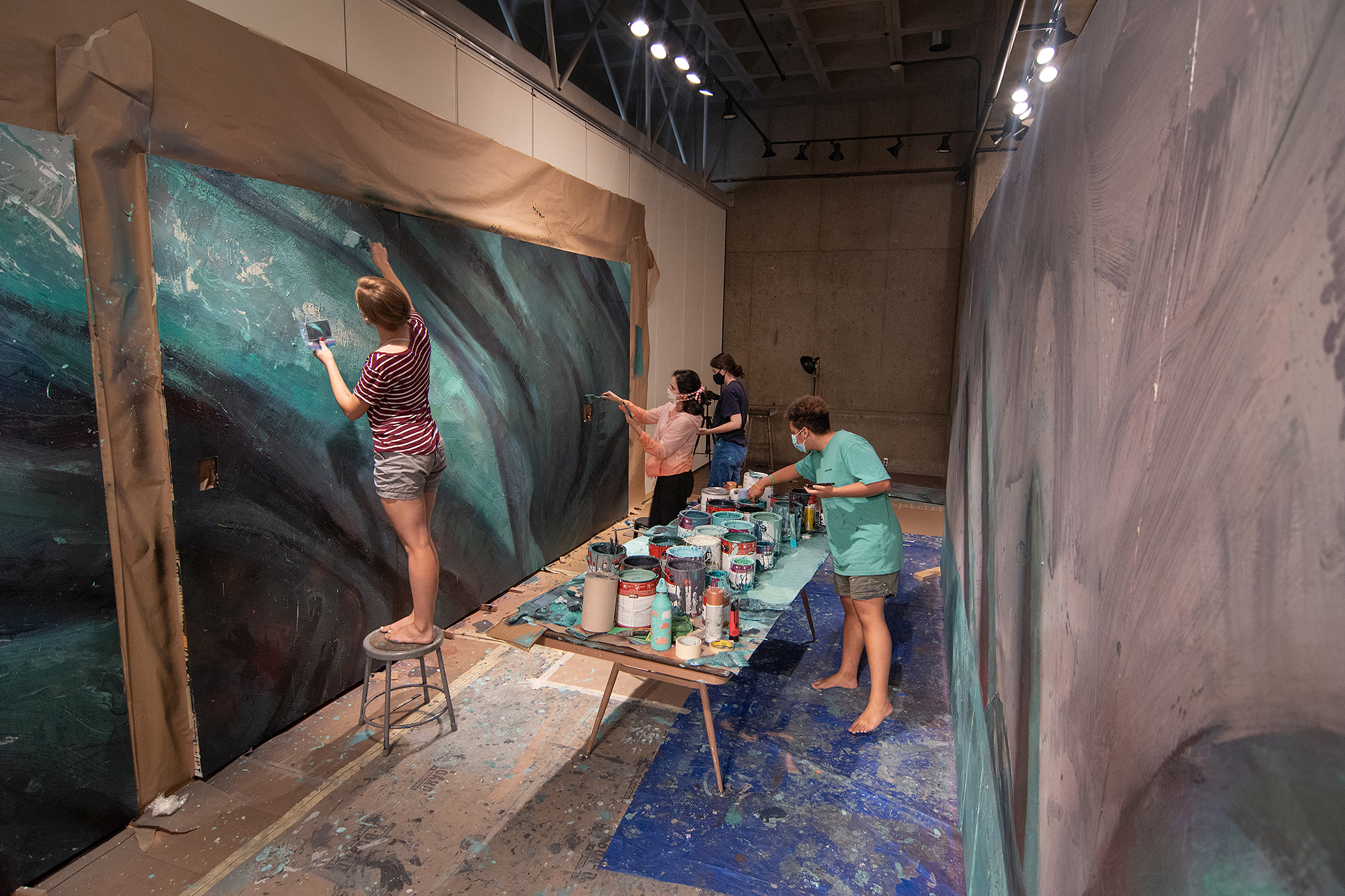 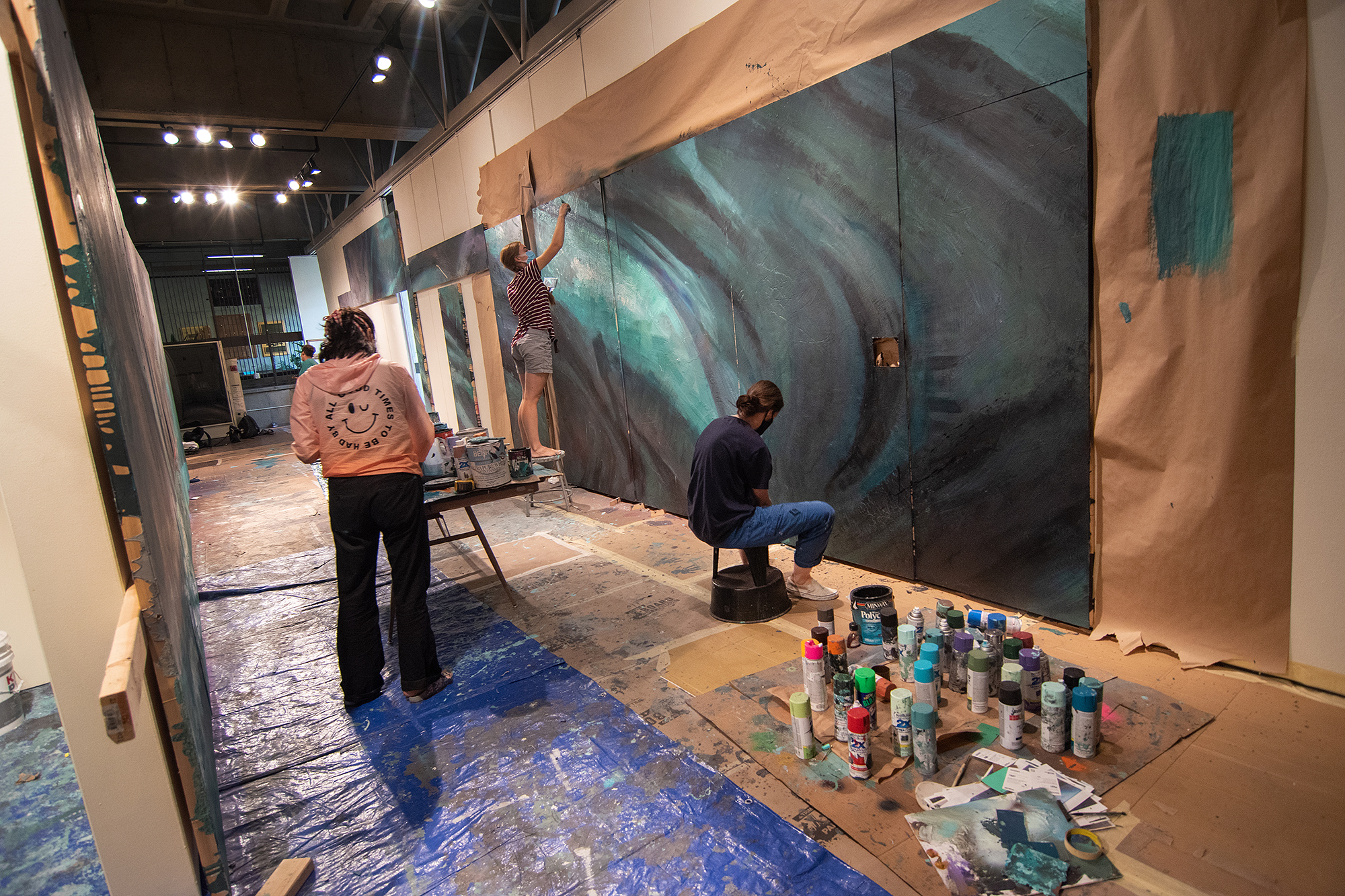 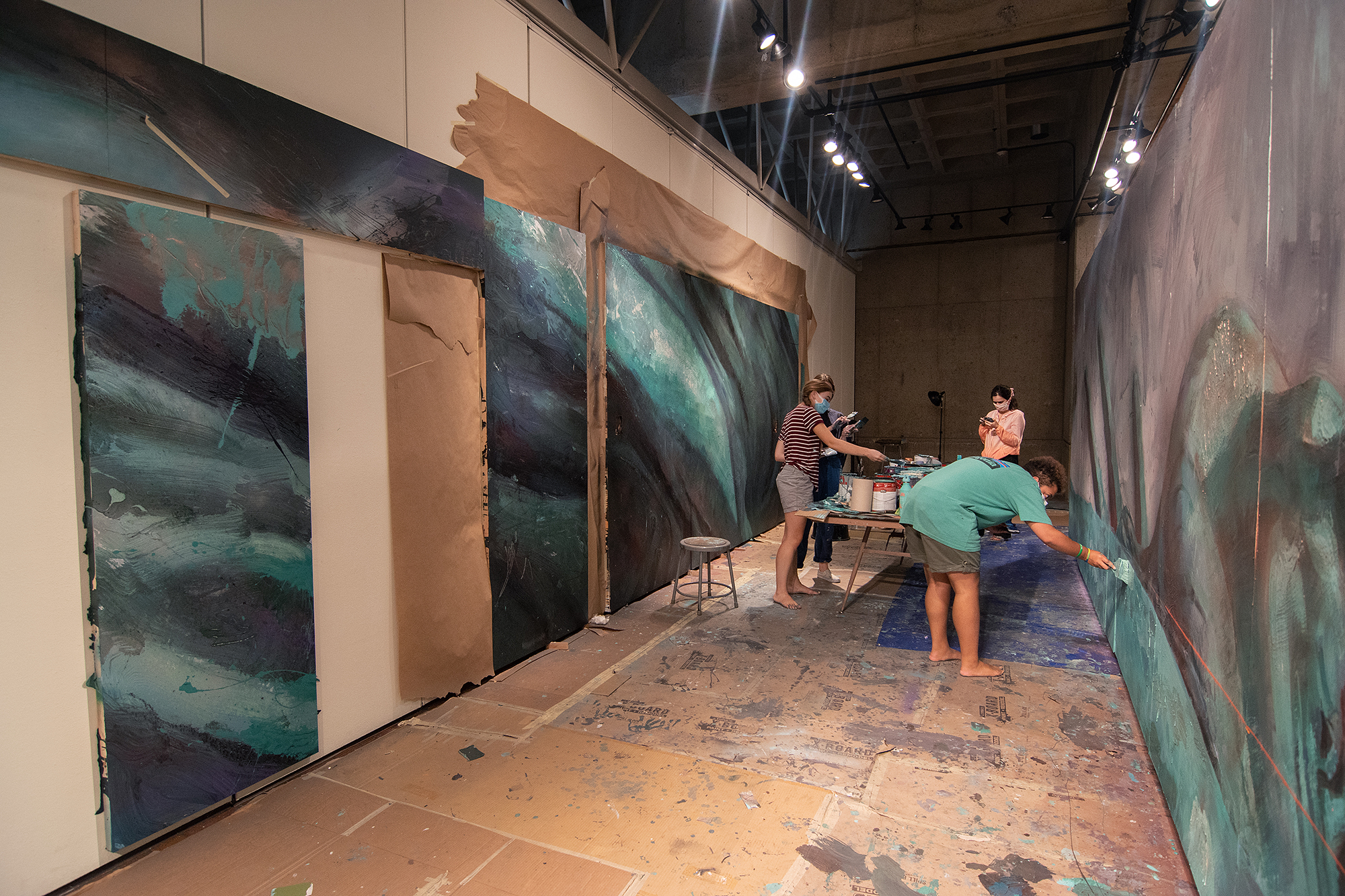 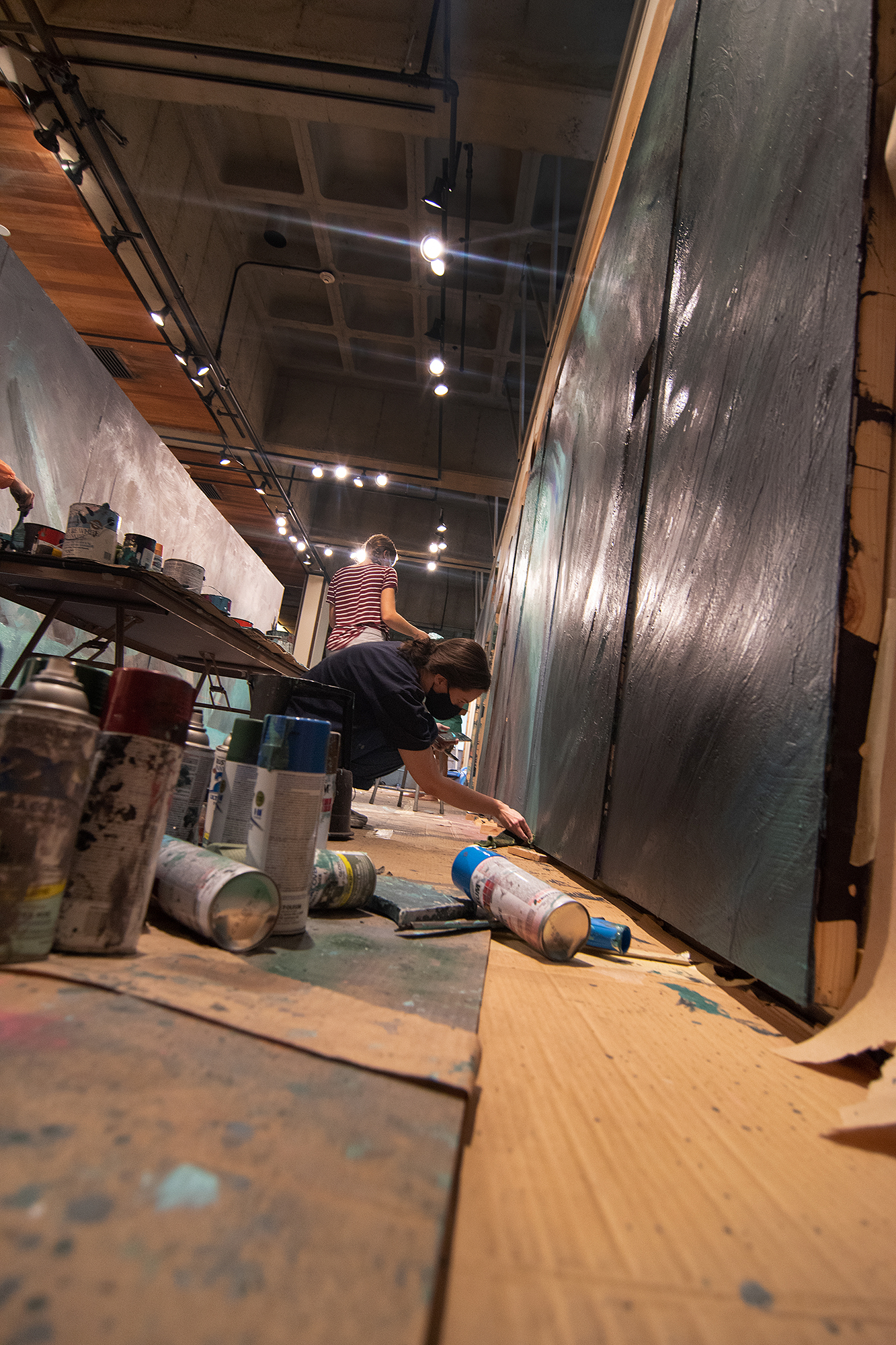 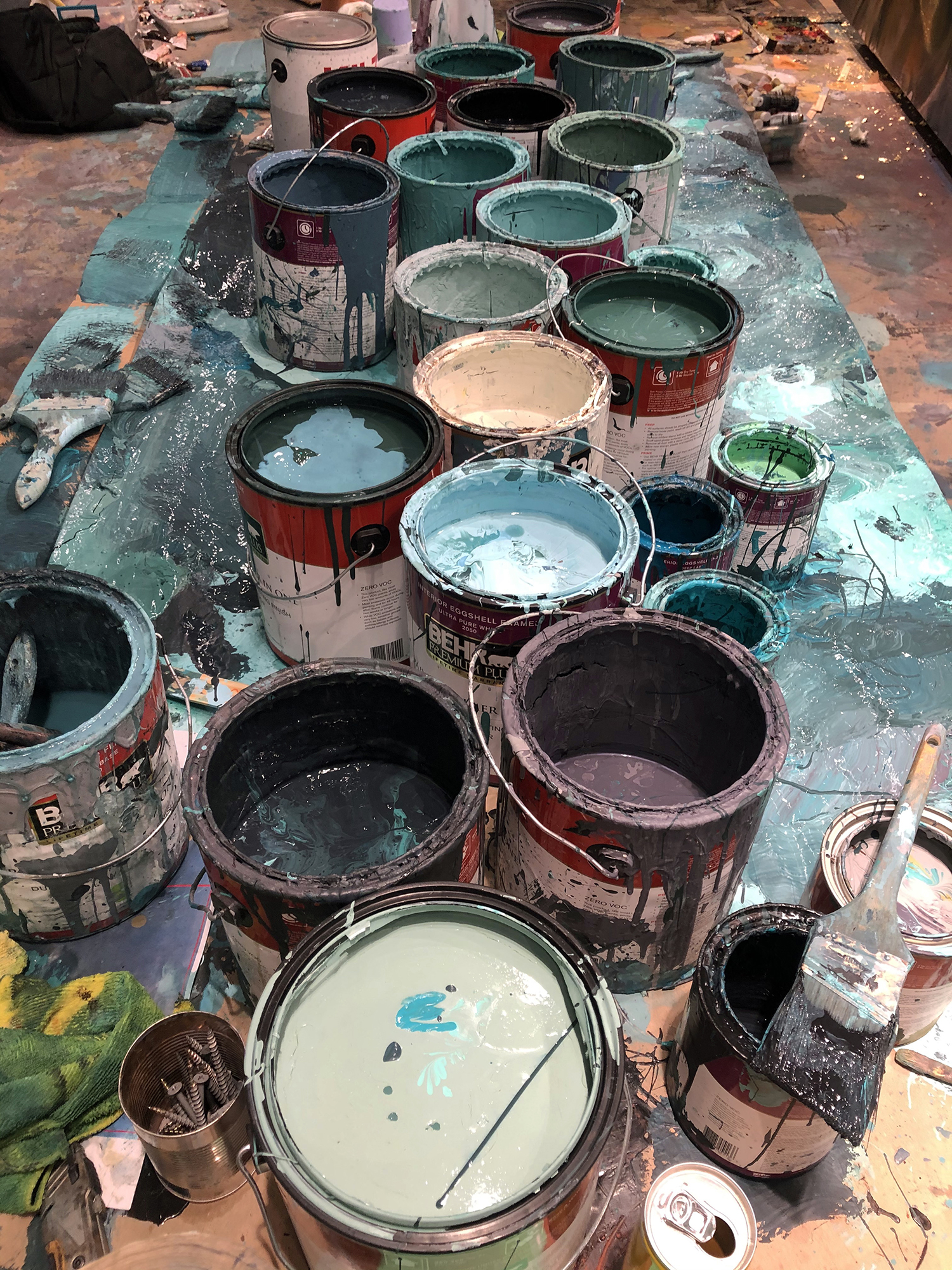 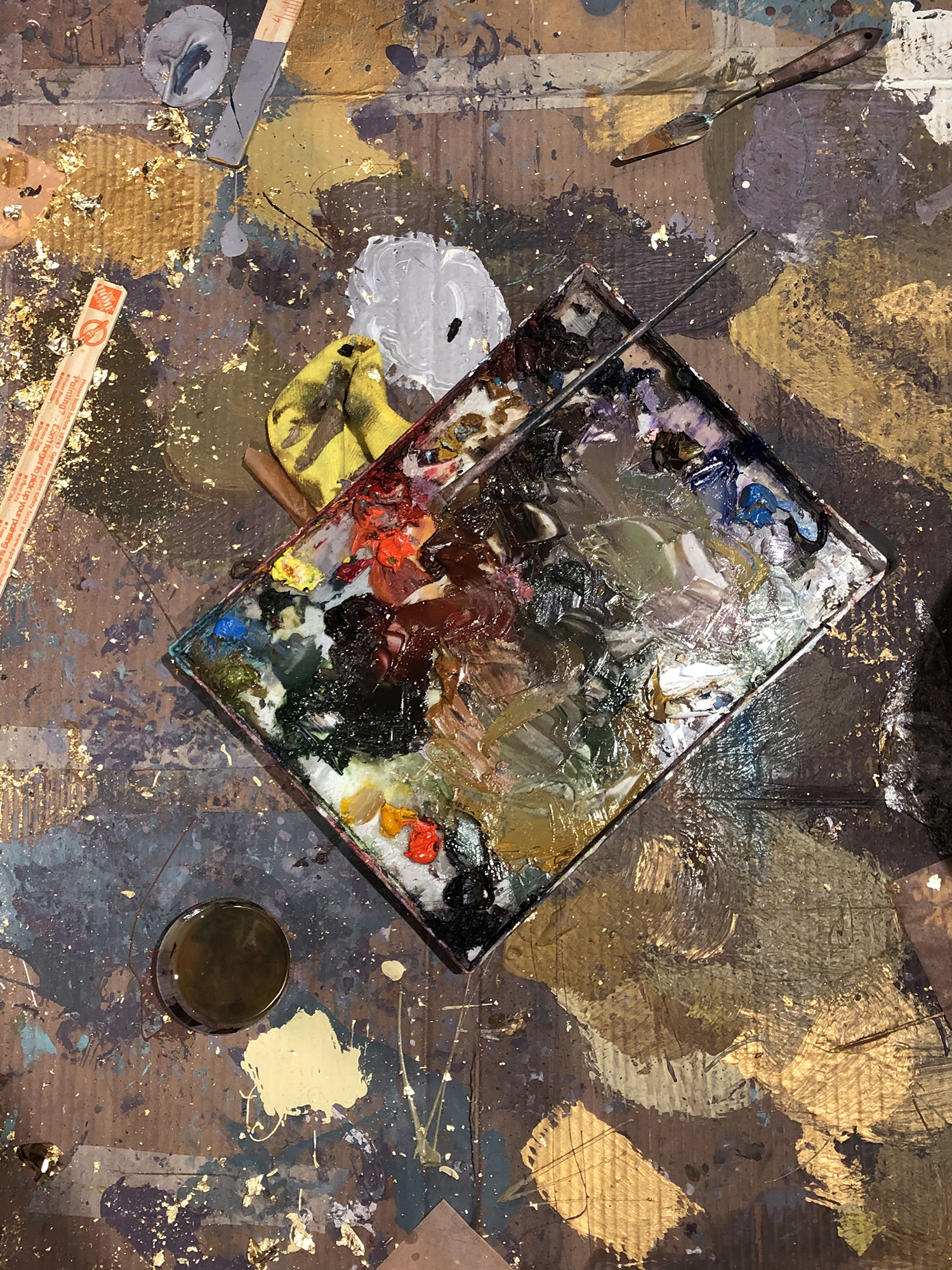 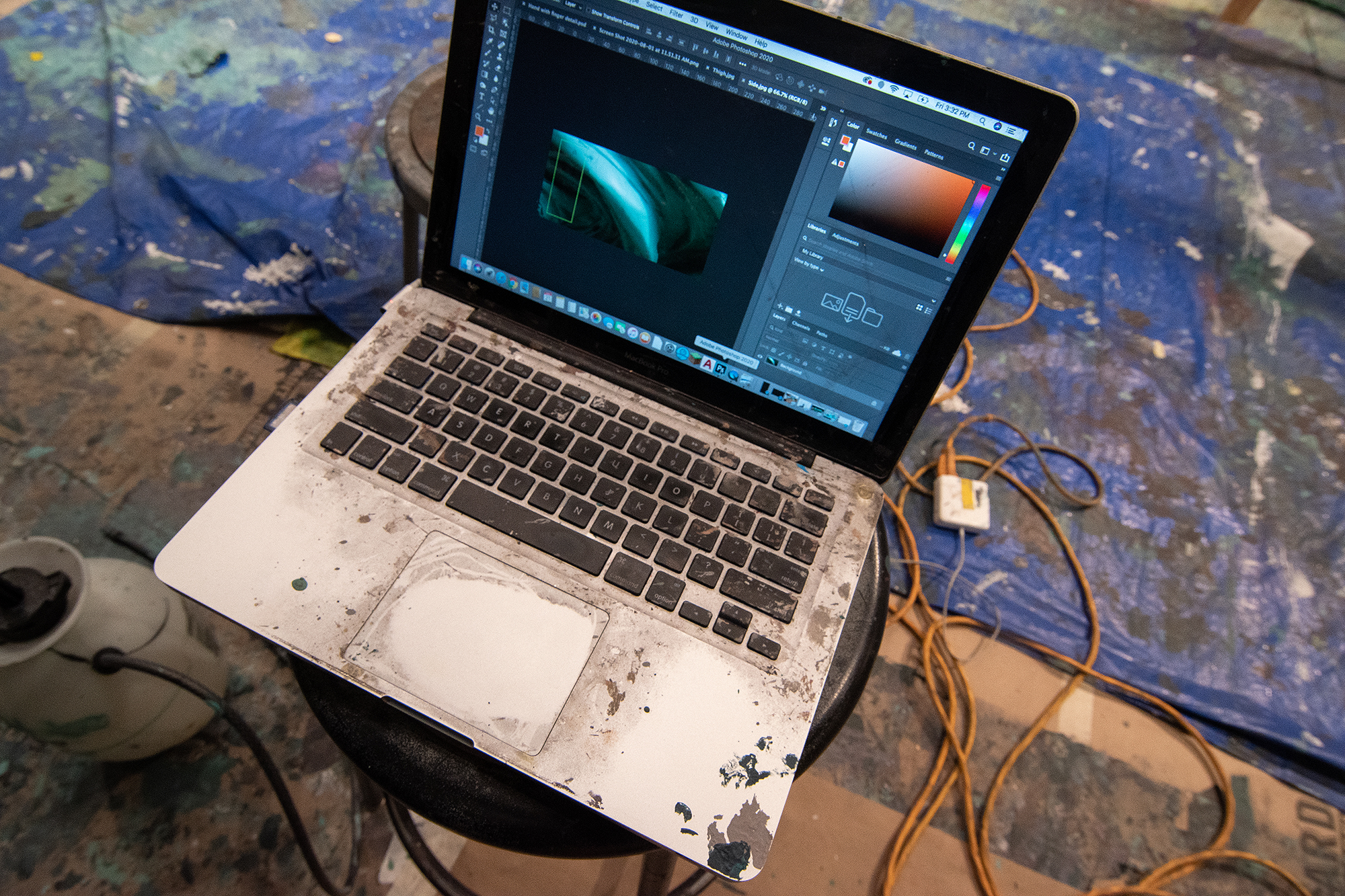 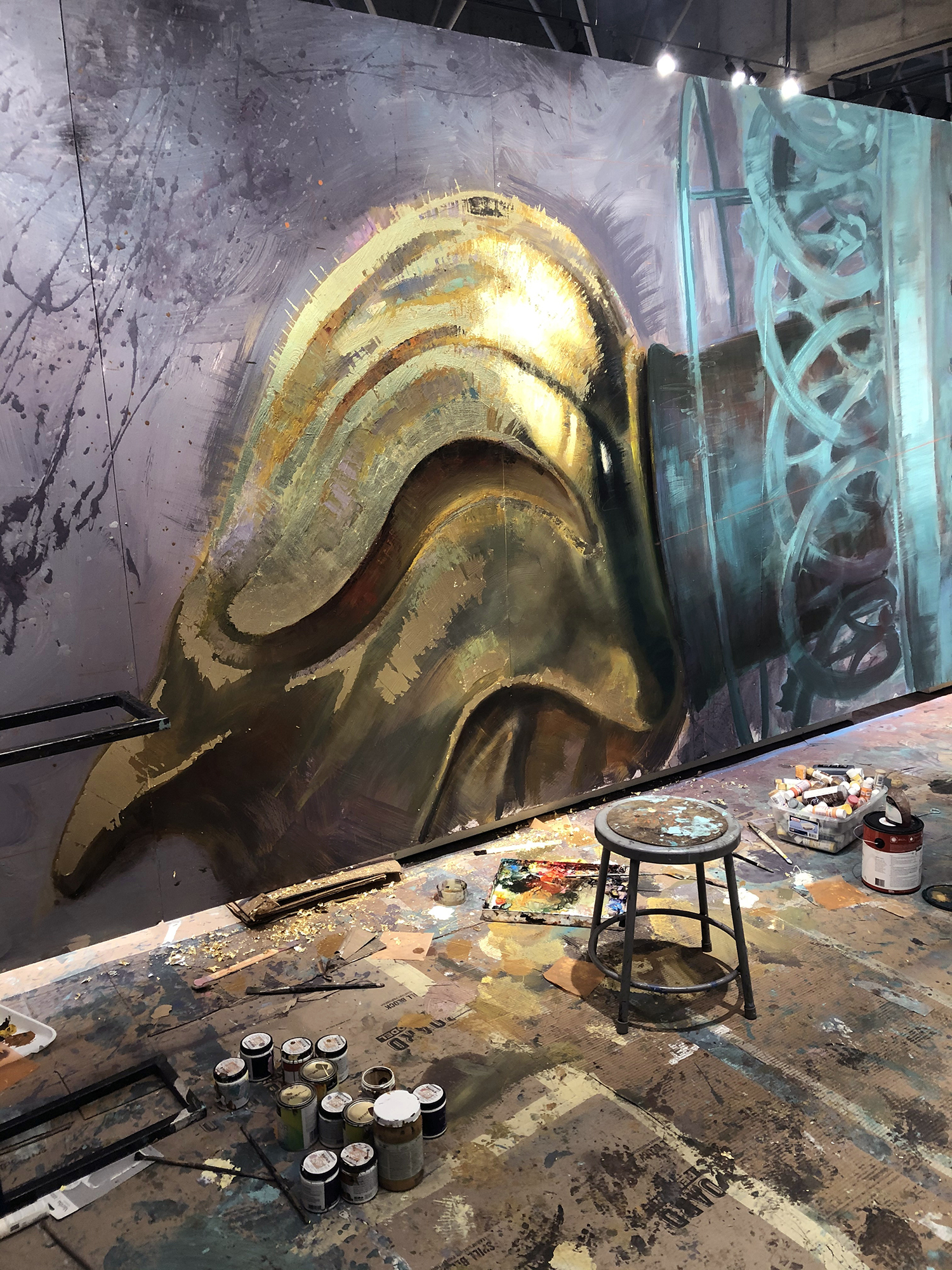 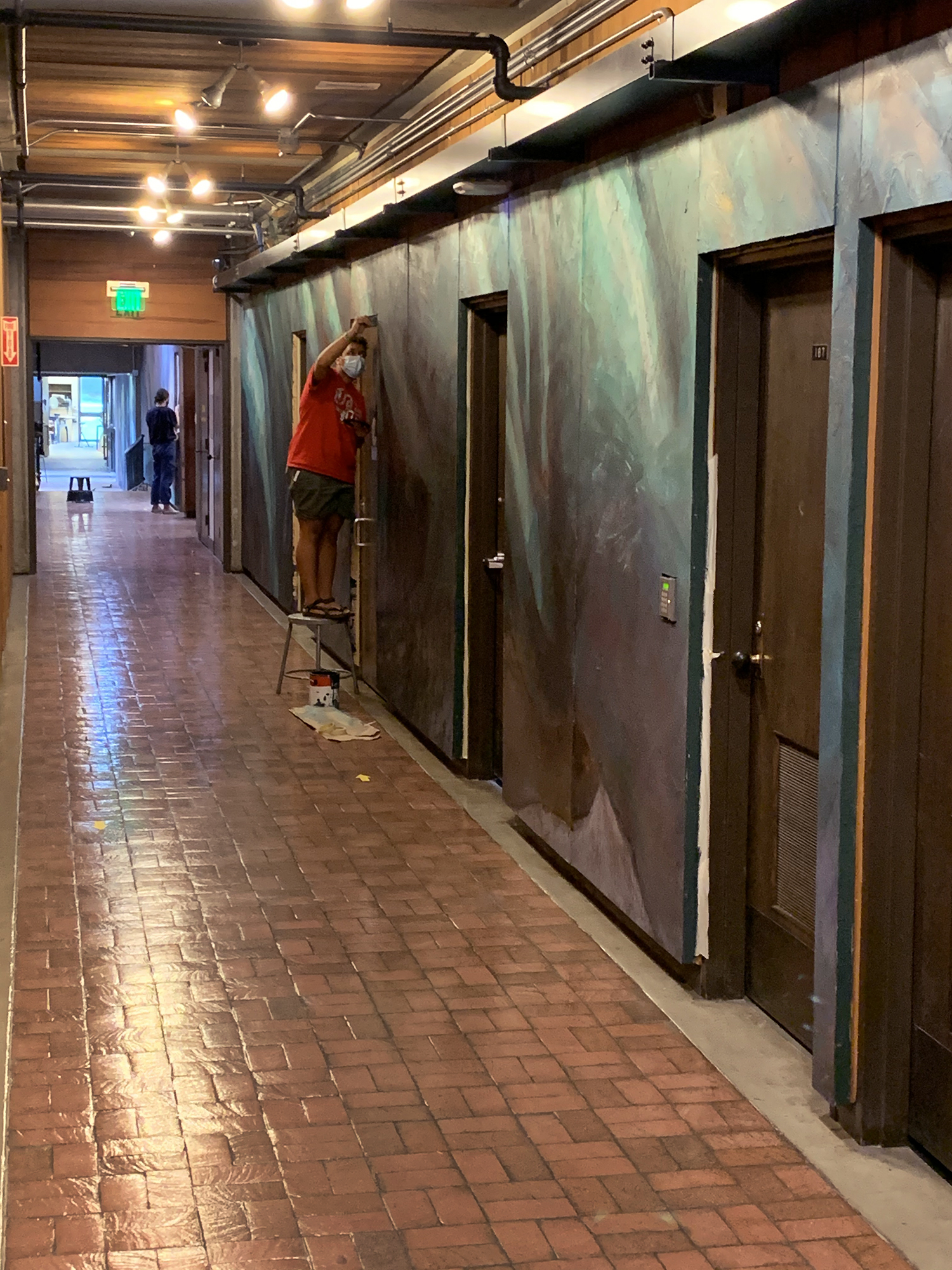 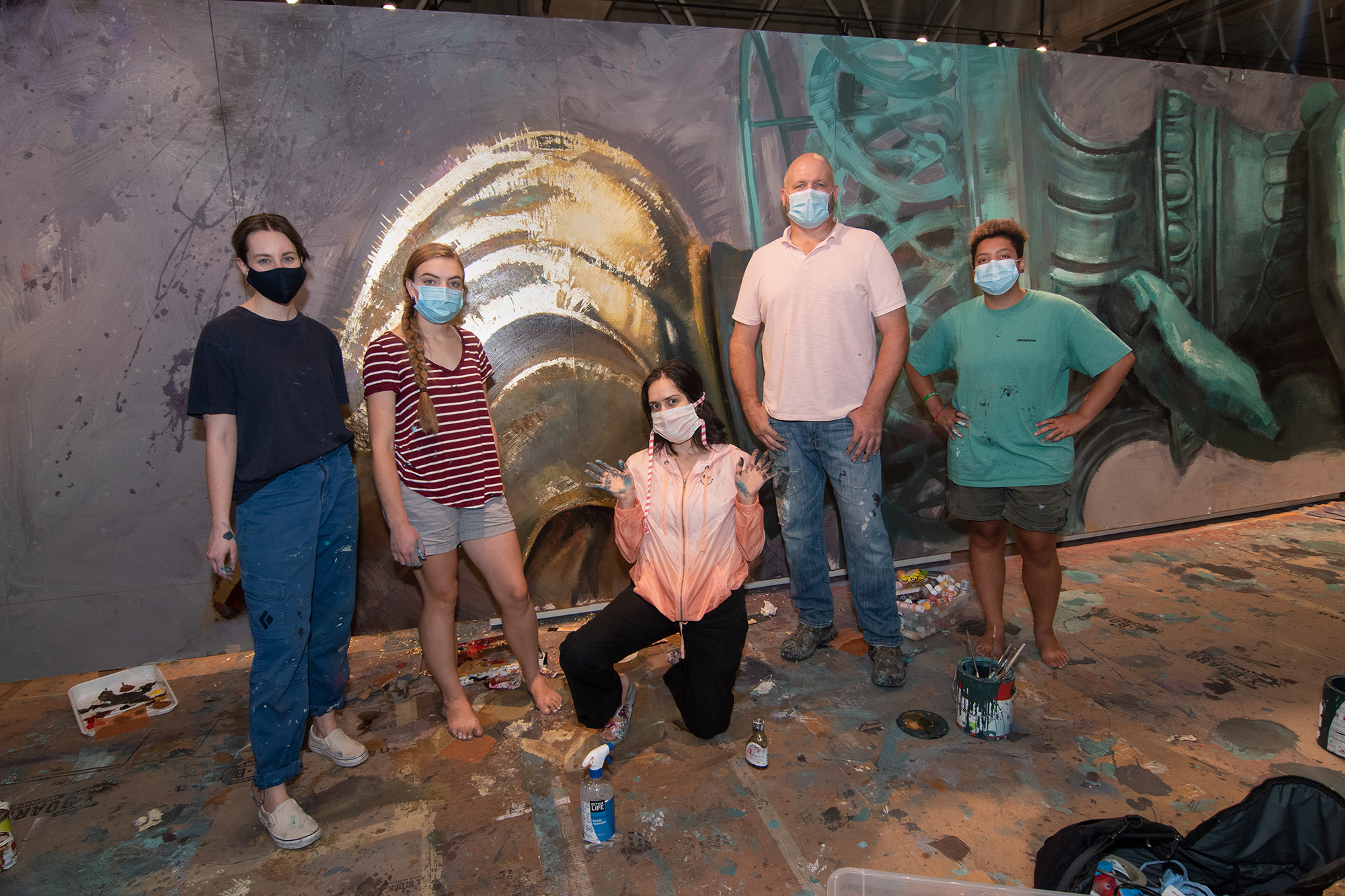