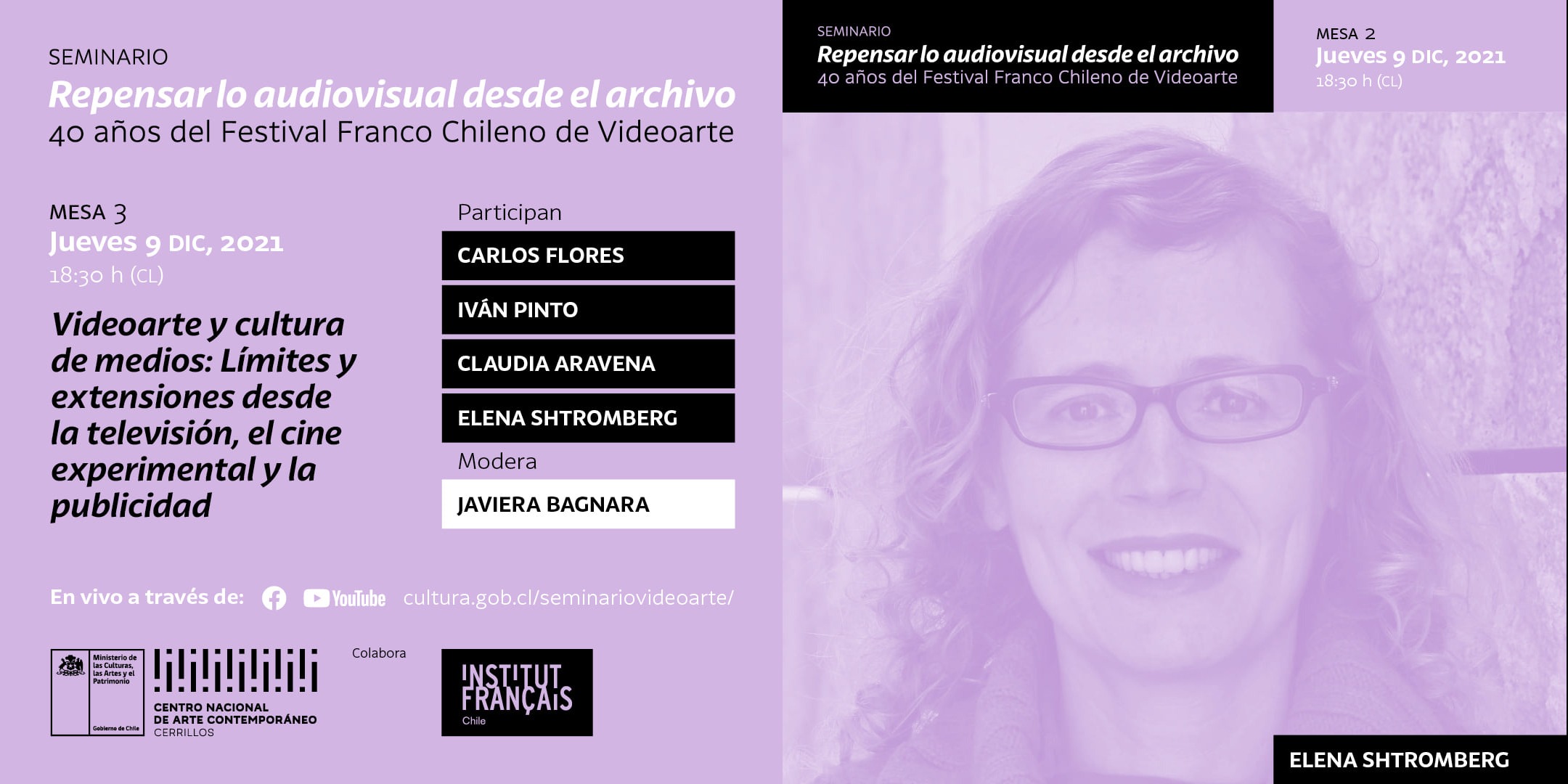 To commemorate the 40th anniversary of the Franco Chileno de Videarte Festival, the CNAC holds the Seminar “Reflect the audiovisual from the archive”. The third table of this meeting will reflect on the topic: "Video art and media culture. Limits and extensions from television, experimental cinema and advertising”, the aim of problematicing the limits and extensions of video art, and the relevance that the Festival had as a space for visibility of new technologies and of interdisciplinary encounters.

Claudia Aravena: Chilean visual artist and academic. Audiovisual Communicator of the Professional Institute of Arcs and Master in Cultural Studies of the University of Arcis. He has developed a prolific and recognised work around video and installation addressing topics linked to uproot, alterity and contemporary social imaginations.

Elena Shtromberg: American Professor at the University of Utah Department of Art and Art History, who specializes in modern and contemporary Latin American visual culture, with a specific focus on Brazil and the border region between the United States and Mexico. She has been a curator for numerous exhibitions, in places such as Getty Research Institute and in Laxart, Los Angeles.

“Refining the audiovisual from the archive” will be held on Thursday, November 25, December 2 and 9. 6:30 pm. via CNAC Facebook and Youtube channels. No prior registration required. For more information and the full program, here https://www.cultura.gob.cl/seminariovideoarte/