The Infrared-sensitive process was developed during World War 1 by the United States to improve aerial intelligence photography through the haze of the battles. In the 1930’s, infrared film became available to the public for large format cameras when Kodak developed film emulsions that were responsive to infrared light. Acherochrome III Infrared is a slide reversal film co-created by Kodak and the US Military. The main purpose of their partnership was to surveil military targets of war-torn areas and to detect camouflaged objects; infrared photography was used by governments in their clandestine operations across the globe. The film is known to color the infrared light reflecting from chloroplast-rich trees, leaving behind a hot pink color. Due to the advanced nature of photography, infrared film was discontinued in 2007. To achieve the look of infrared film on a digital camera, there are two options: buy a red Hoya Infrared filter, or convert the camera into an infrared camera by removing the IR blocking filter and adding a blue or red filter. I took the plunge into infrared photography by exploring both of these options.

In my Infrared series, I desire to cast a critical eye on the sights and temptations of Las Vegas and Los Angeles, two cities that are world-renowned for its wholesale acceptance of glitz, glamour, and every dark corner between. I traveled to popular tourist spots to measure their appeal and to figure out if they were all they promised to be. The nature of my infrared photos makes ordinary locations seem exotic and bizarre. With my photographs in Las Vegas and Los Angeles, however, the locales that I visited fit right into the exaggerated color schemes of infrared photography: both Las Vegas and Los Angeles are the only places where excess is an asset rather than a liability.

The City of Sins Remembered 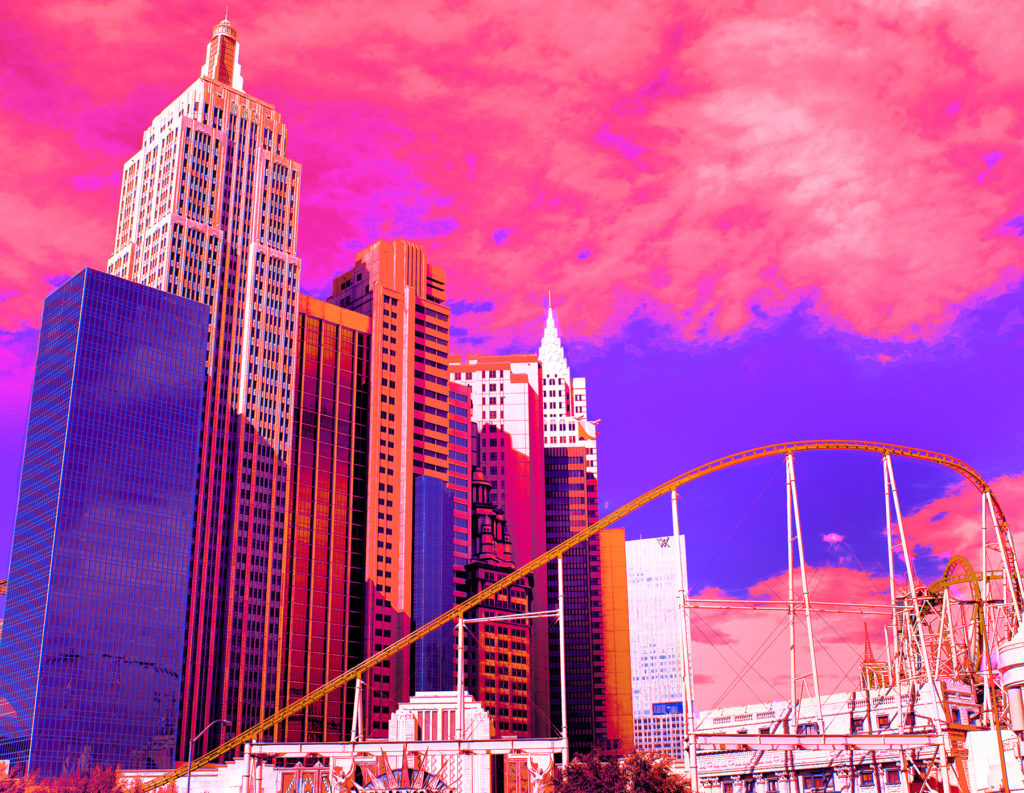 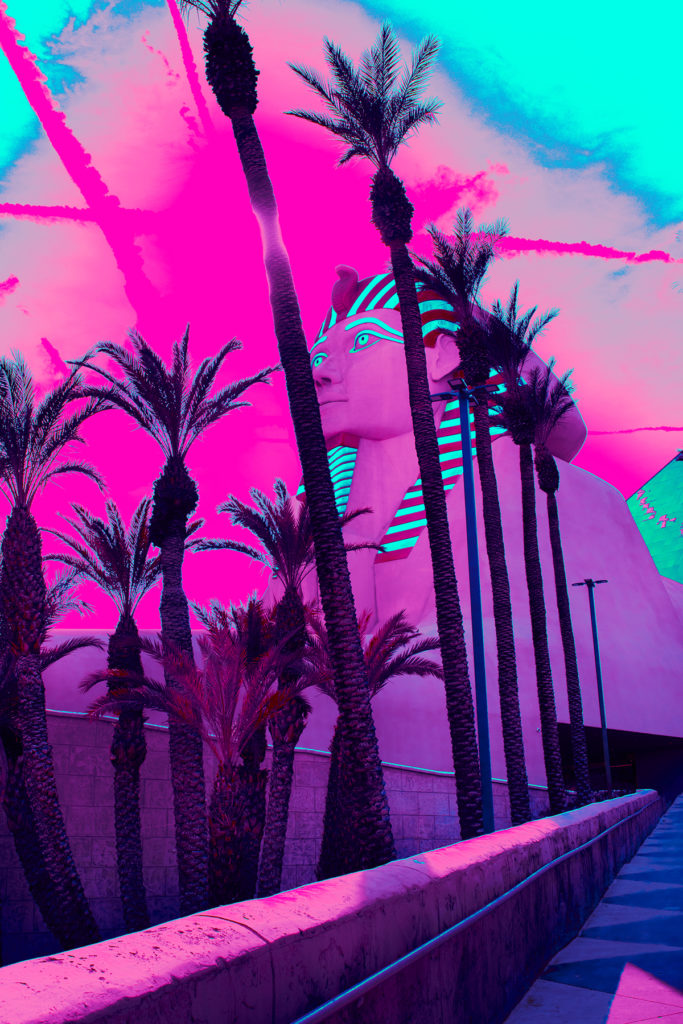 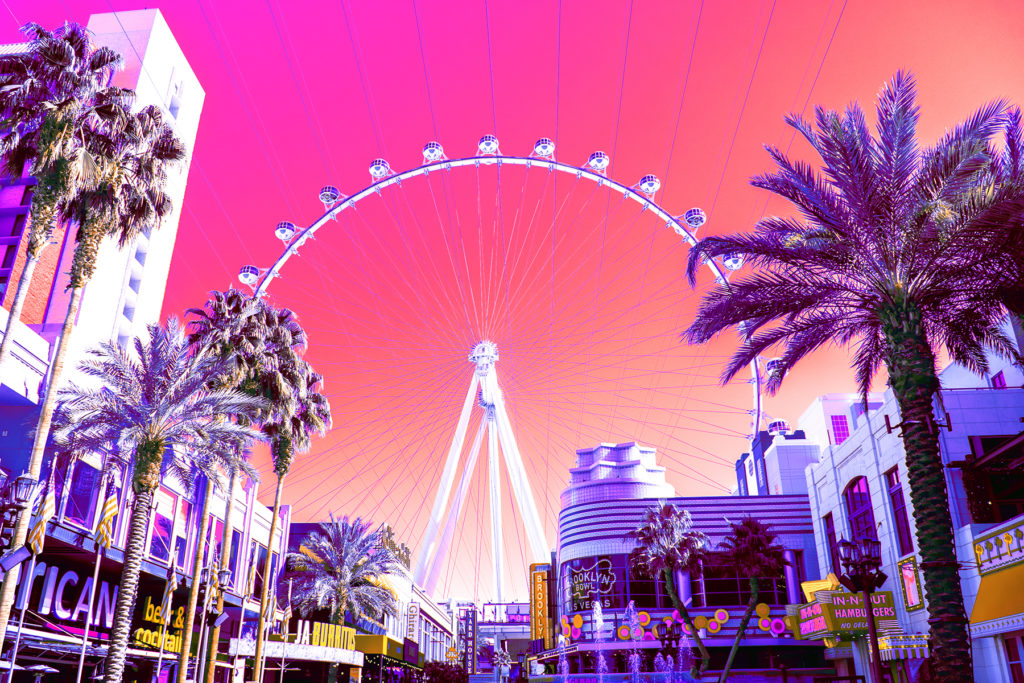 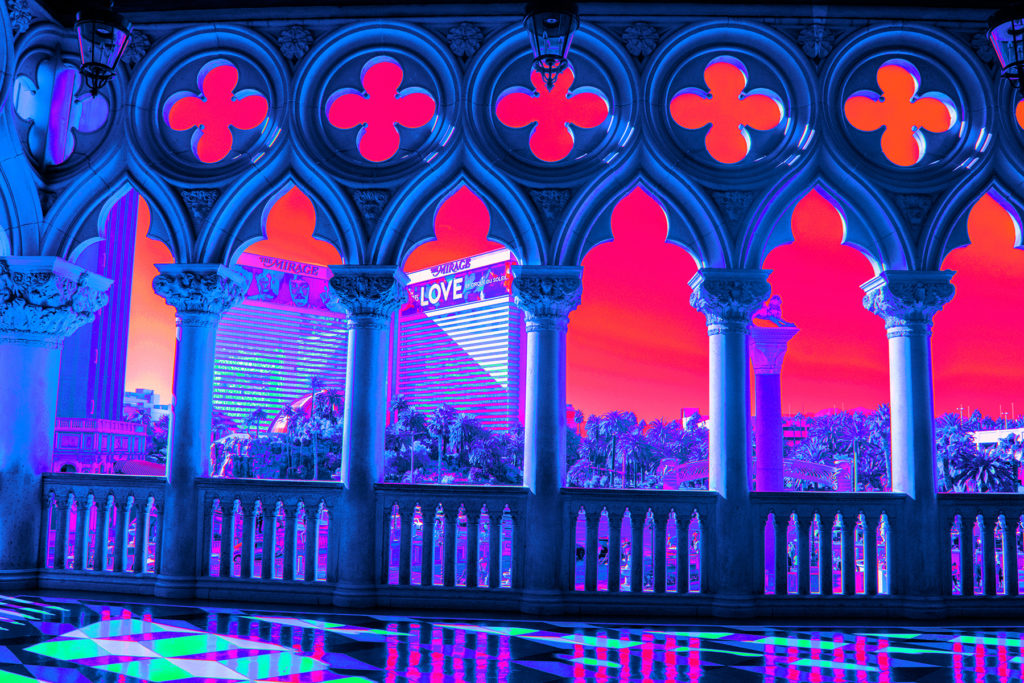 Las Vegas: An oasis manufactured by the mob in the Nevada desert, the lights of Las Vegas reach far into the celestial night sky, attracting all races, creeds, and sexes. From the soft glittering lights hovering above the Stardust casino of the 1960’s to the thrilling modern attractions of today, Las Vegas has been a city world-renowned for its wholesale acceptance of glitz, glamour, and camp. The City of Sin is the only place where excess is an asset rather than a liability.

The City Of Dreams Forgotten 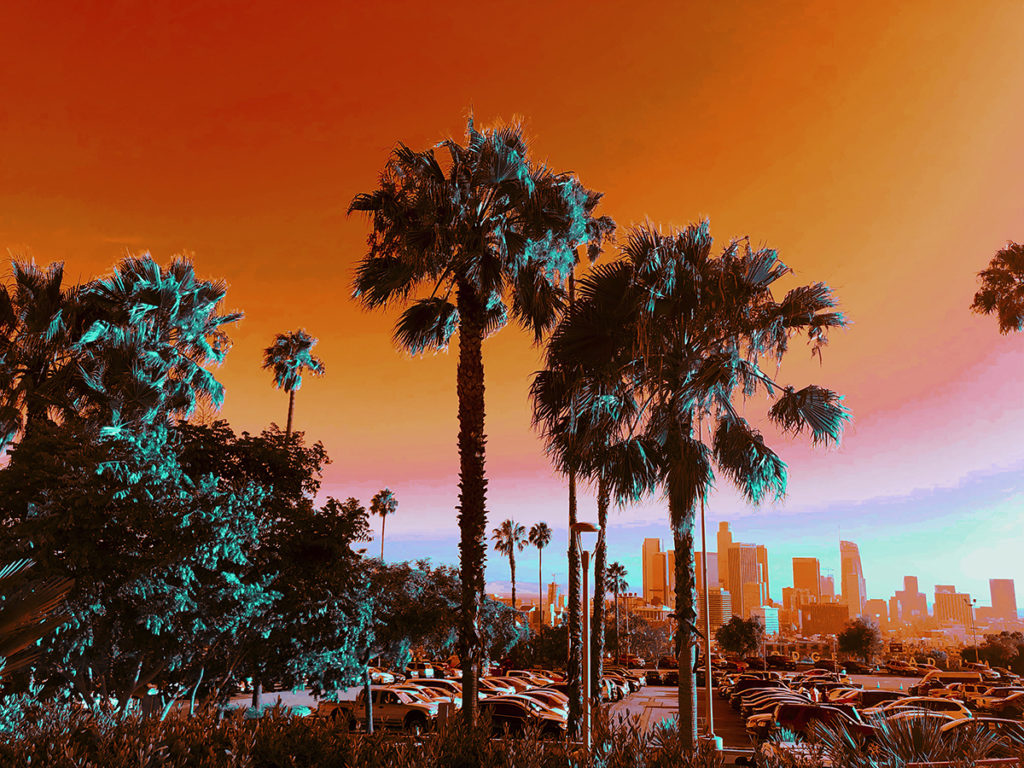 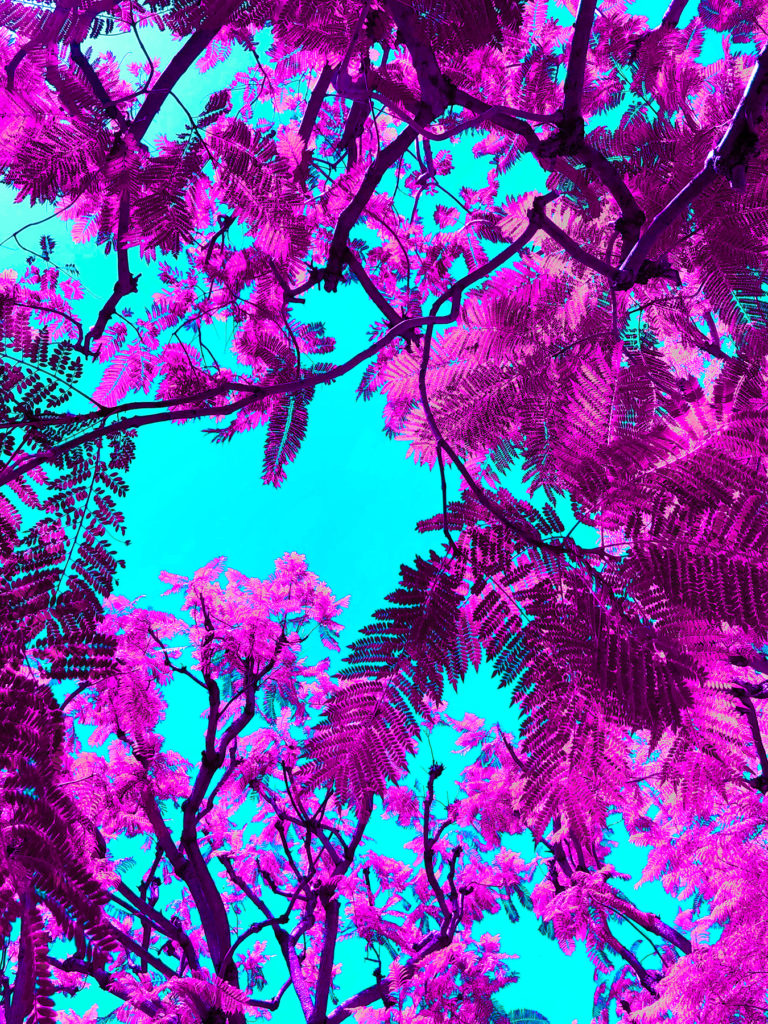 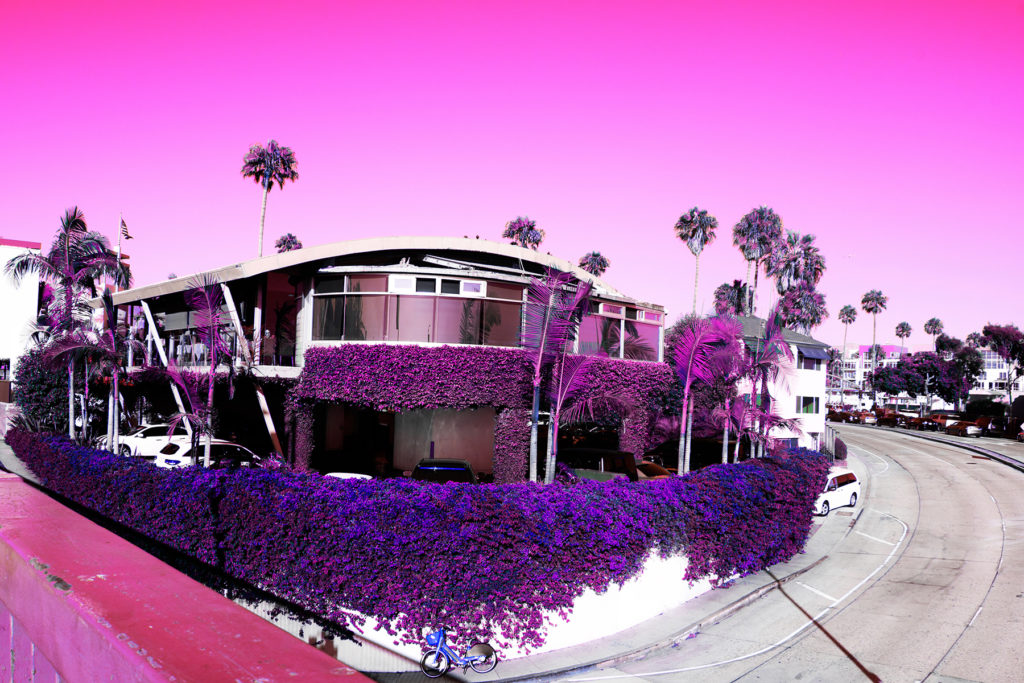 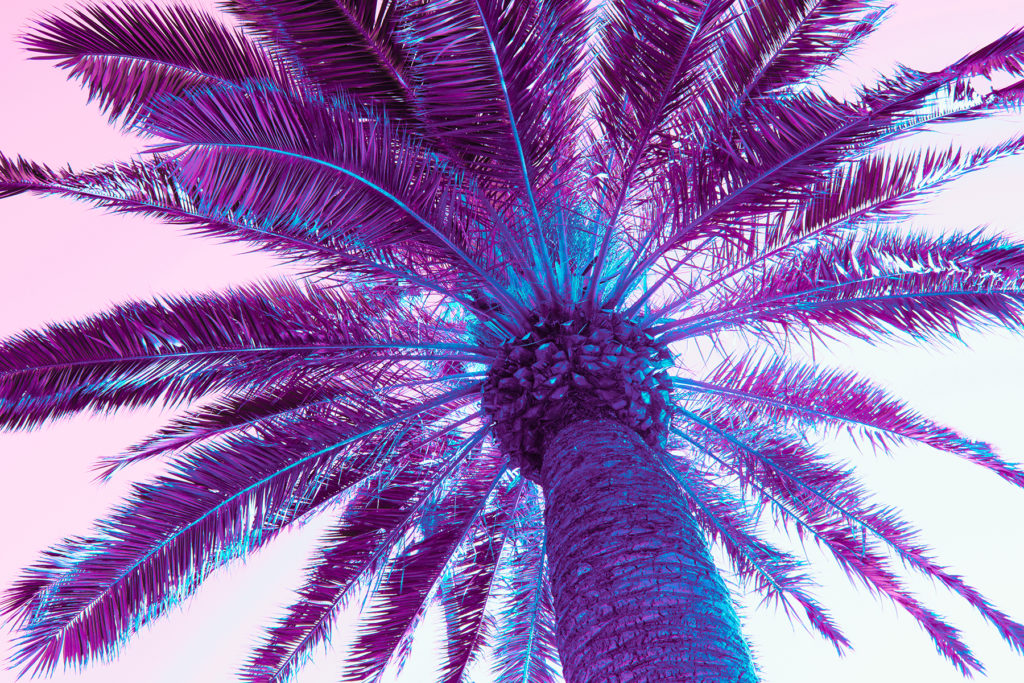 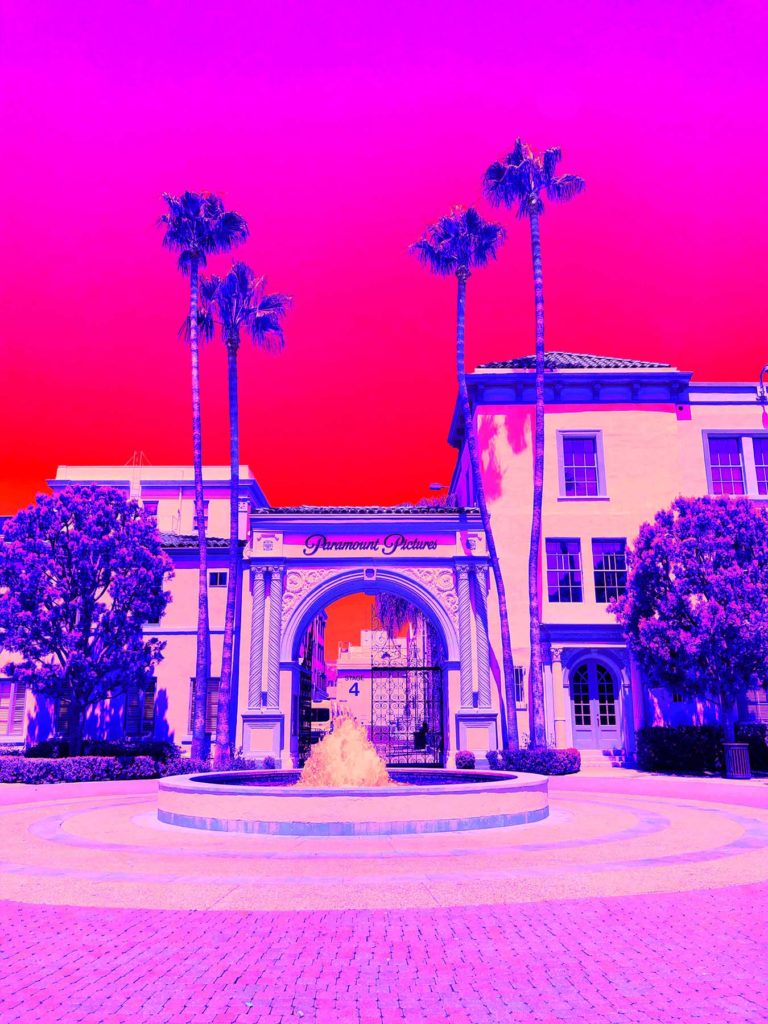 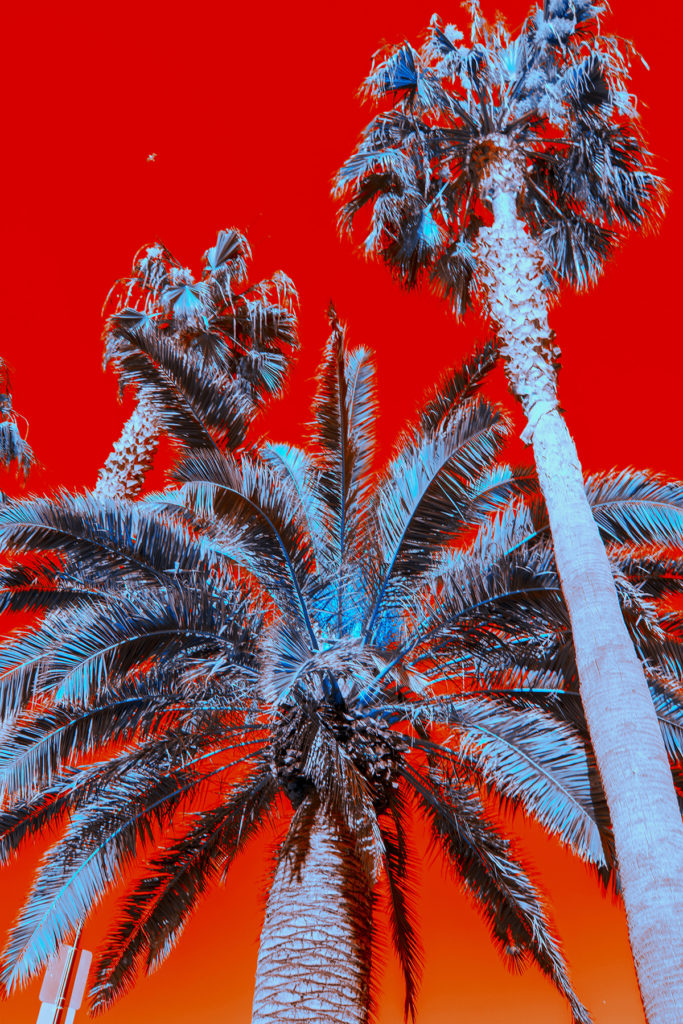 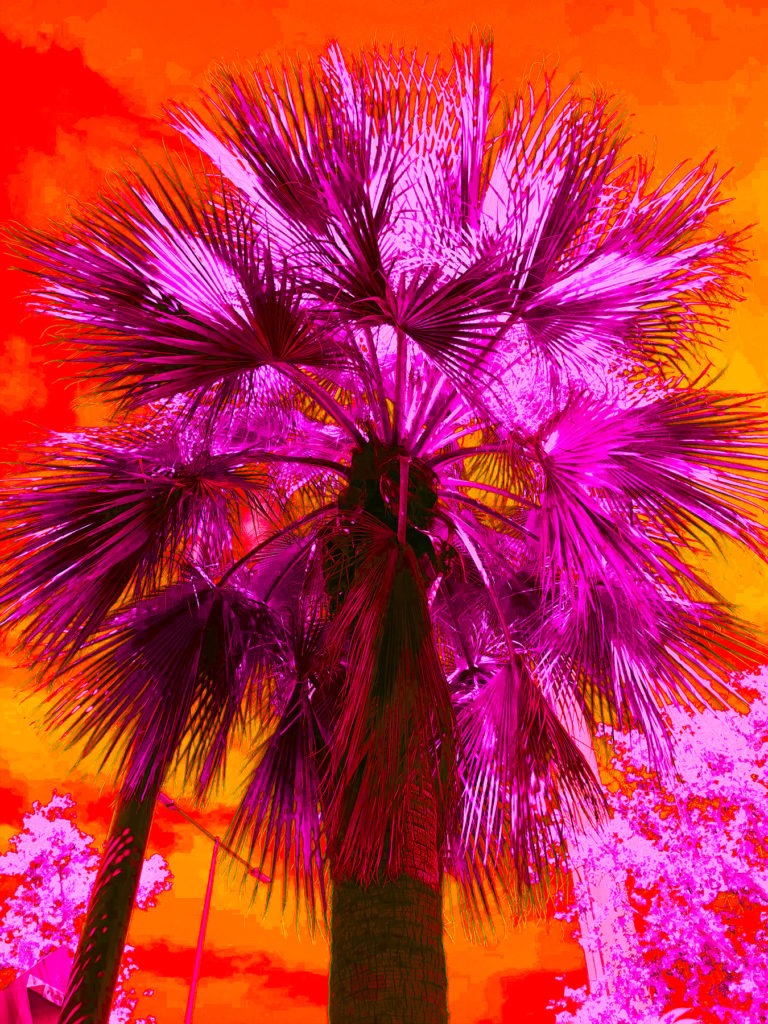 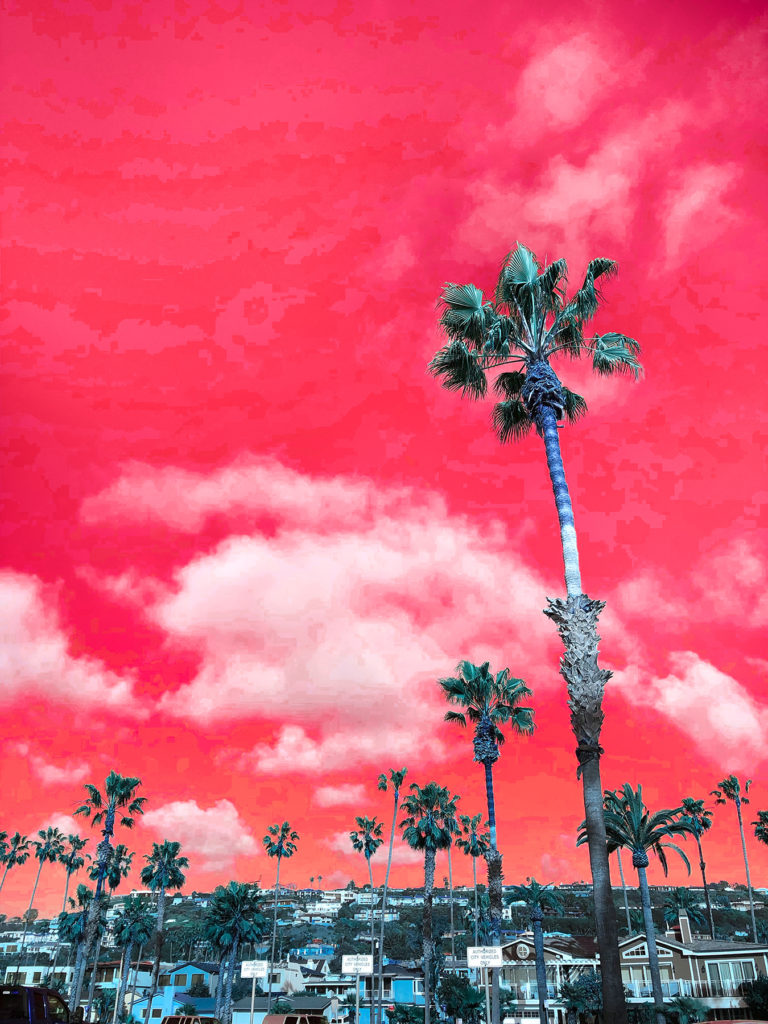 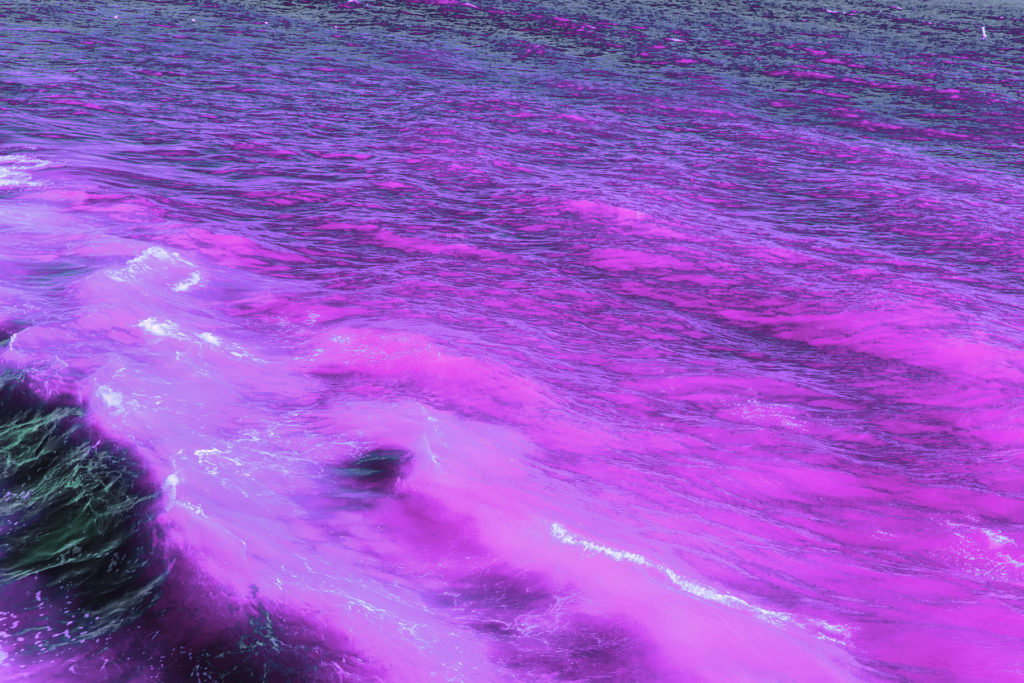 California: amidst the glitz and the glamour of the bustling city at the height of its golden age, Los Angeles was a star in its own right, a beacon for the show business elite. The land where dreams where a dime a dozen, where a chance encounter at a soda shop could lead to fame and fortune. Out of towners and inbetweeners search for the good life, if only for a moment, and on every corner someone is looking towards the Hollywood hills hoping to be next. But not all is as it seems in the city of angels. Corruption! City hall is rampant with shake downs and payoffs, while the police department investigates its demons within. The town that began as nothing more than the dream of a desert oasis often takes more than it gives. This series of Infrared photographs show how the glamour of Los Angeles is often false.