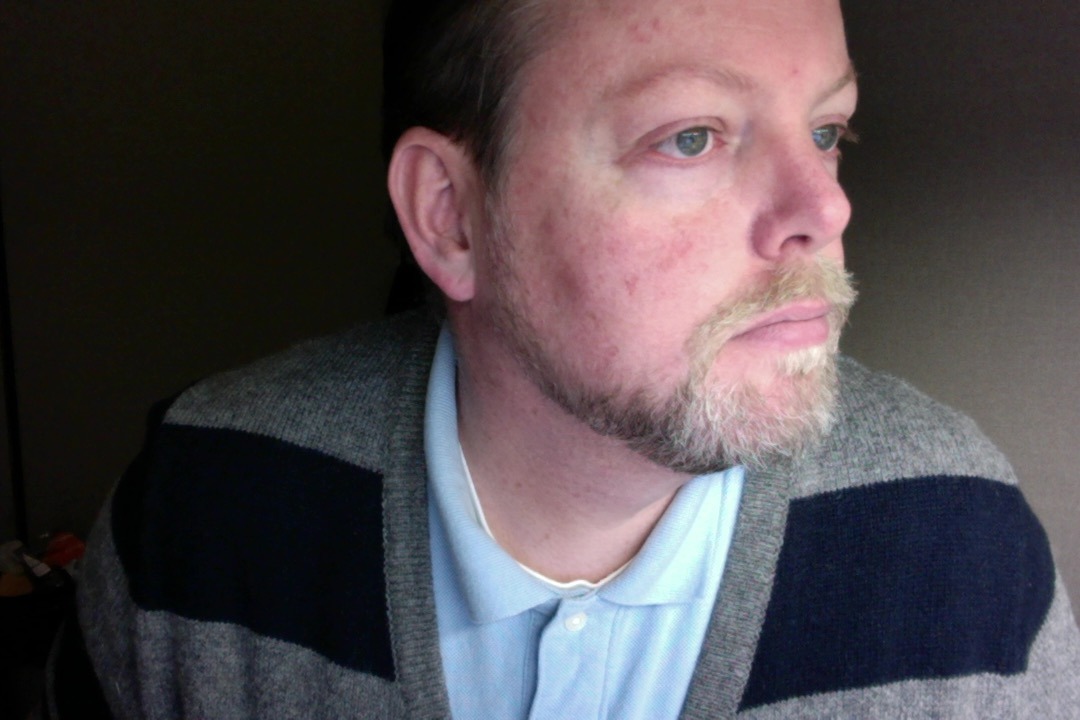 Lewis J. Crawford is a mixed media photographer/artist and an Associate Professor (Lecturer) for the University of Utah. He considers Salt Lake City, UT, his home but is proud to be a fourth-generation Arizonian and second-generation Arizona artist. In 2009, he earned an MFA in photography from the University of Utah and, in 2005, a BFA in photography from Arizona State University, graduating summa cum laude. He has had several solo exhibitions throughout the West, most notably at the Gallery at Main, and Finch Lane Gallery, both in Salt Lake City and Modified Arts in Phoenix, AZ. He has been part of numerous juried and invitational group exhibitions nationally and internationally. His work has also been shown at the Utah Museum of Fine Arts, The Leonardo Museum of Creativity and Innovation, and the Montana Art Museum. He is an award recipient for the 44th Annual Bountiful Davis Art Center Statewide Competition in Bountiful, UT, and the 26th Annual McNeese Works on Paper Exhibition at McNeese State University, Lake Charles, LA. His work is part of the permanent collections of McNeese State University, the Etsy corporation, and numerous private collections. He defines his research and artwork as Marktitious Imagery—a semiotic examination into the reassignment of marks found in a human-made landscape.

Light bounces off objects, is focused through our eyes, and translated into our brains. Visual psychologists describe this process of stimuli translation as a construct of the mind. When we look at a photograph, we do the same thing, but our view of information is limited. We don’t receive all the stimuli. What about the information outside of the edge of the photography? The negative space around the edge of an image is just as important as the image itself. The shapes, marks, and forms within the photographic frame, the ones that fascinate me, want to be transformed. They want to extend beyond the edge. They know they are just the beginning of a narrative. The viewer will see and interpret the meaning based on what is provided to them. With more information than just what is inside the picture’s edge, the viewer can explore their imagination, creating their own constructs.

By focusing on Gestalt theories, the psychology of visual perception, and Russian Constructivist ideas of minimalism, I construct images using a camera, printer, and plotter to draw, cut, and emboss the final compositions. I want the viewer to make connections between shape and form, positive and negative space, and the relationship between signifier and signified.

Marks fascinate me. I call all my artwork Marktitious Imagery. It is a semiotic reassignment of marks found in a human-made landscape. Everyone leaves marks, both physically and emotionally. The ones that interest me the most are overlooked marks: a random strip of duct tape, a buffed-out graffiti tag, or a crack in an unused public square. None of these marks would be there unless someone made the landscape for them to inhabit. I document these urban landscapes. I mix media and marks. I see stories in these marks. Sometimes I layer these marks. Sometimes I create the marks that go onto my photographs. Sometimes I emphasize negative space. Layers fascinate me. The build-up and juxtaposition of information create texture, depth, and interconnectivity. I like to confuse the semiotics of the marks. The signifier does not necessarily define the signified. Fact and fiction merge. It is mechanical and digital. It is balance. It is a transformation through documentation and manipulation, appropriation, deconstruction, and reconstruction – sample, photograph, re-mix, layer, sample, and re-mix again.

It just depends on the marks. 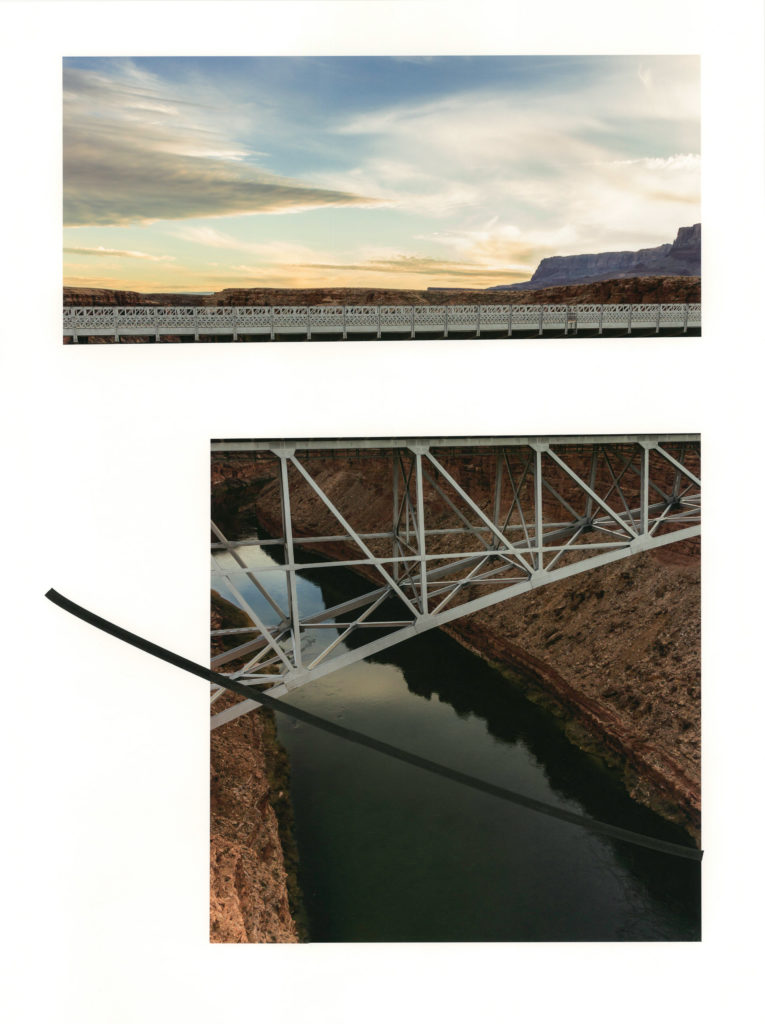 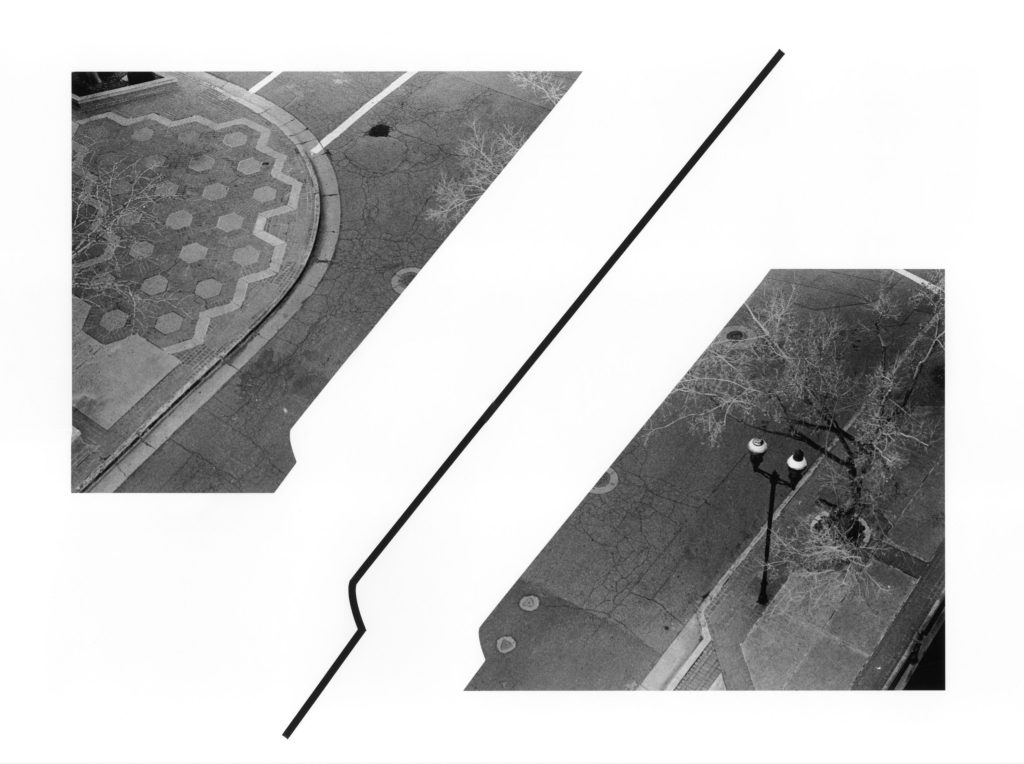 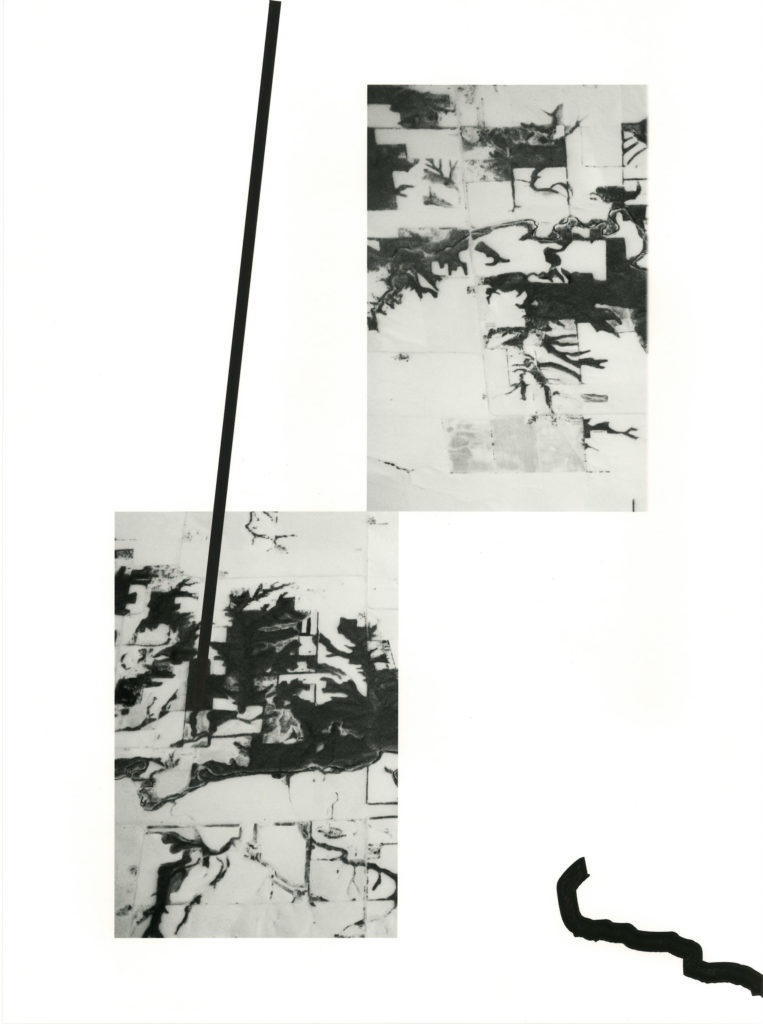 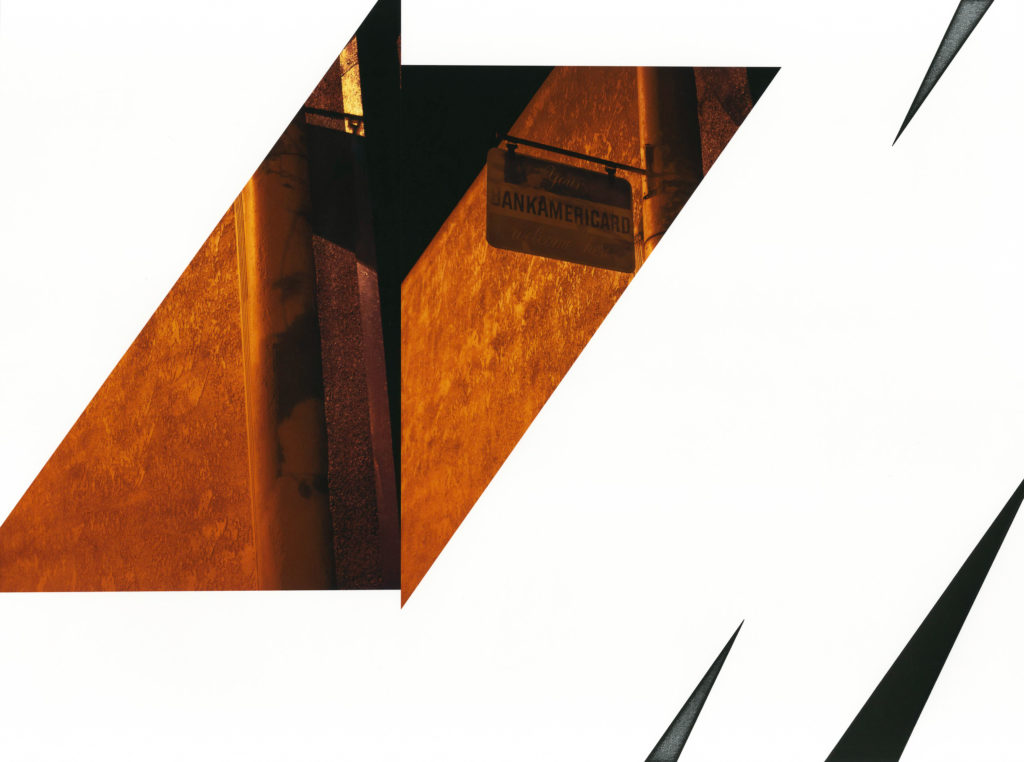 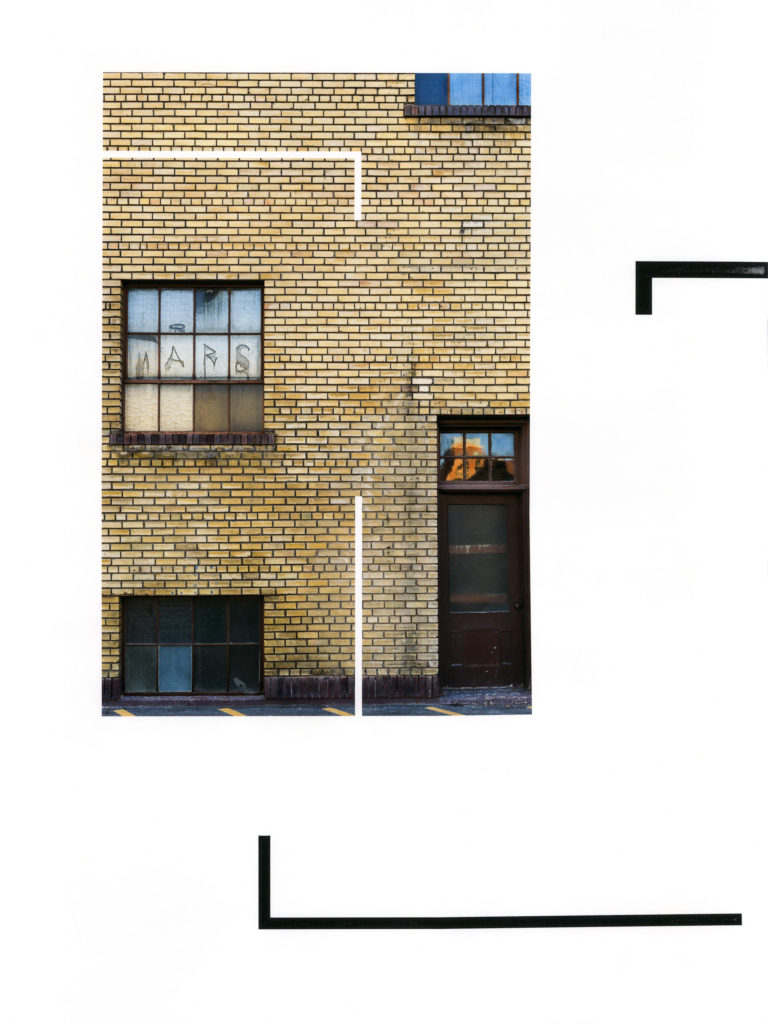 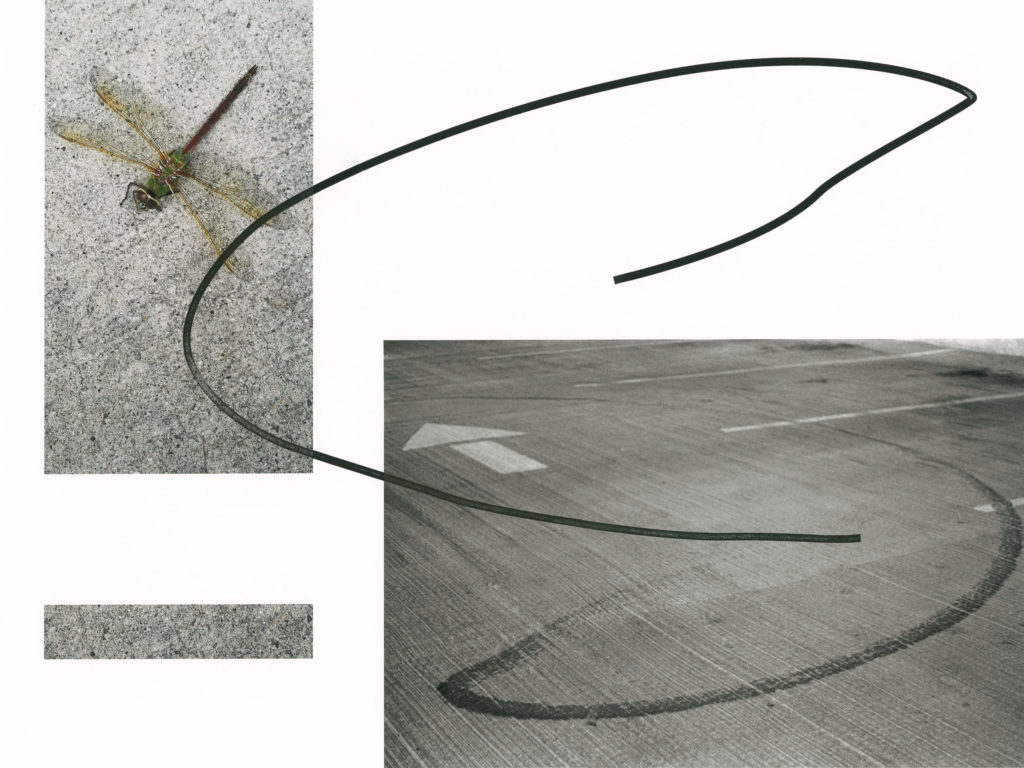 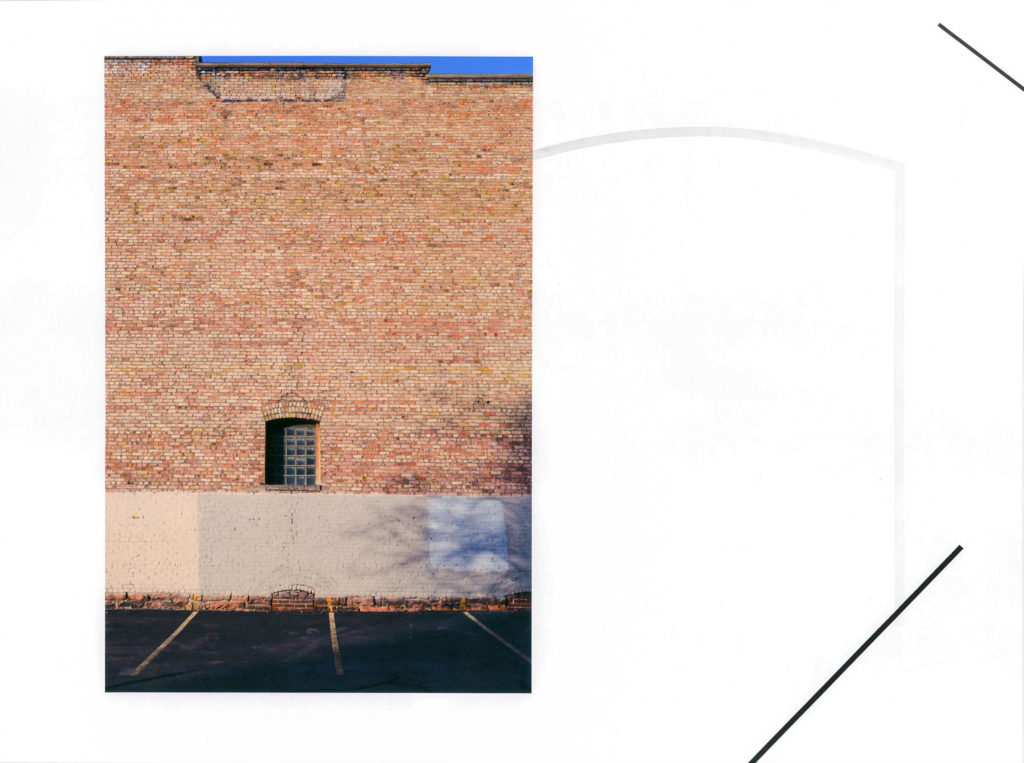 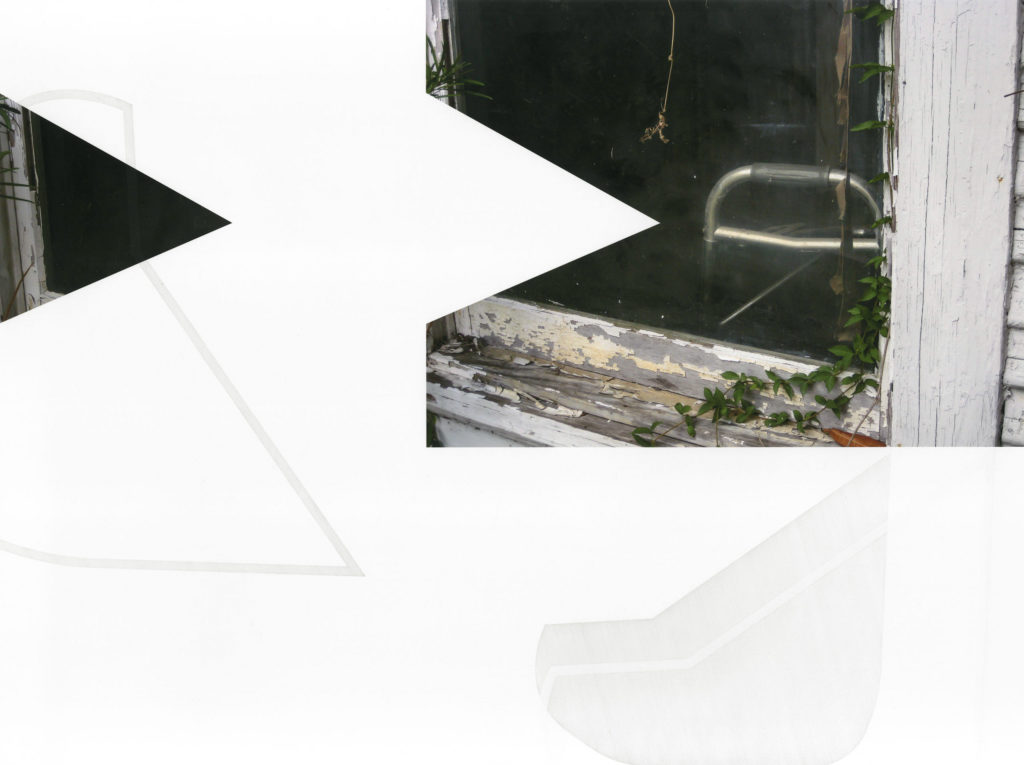 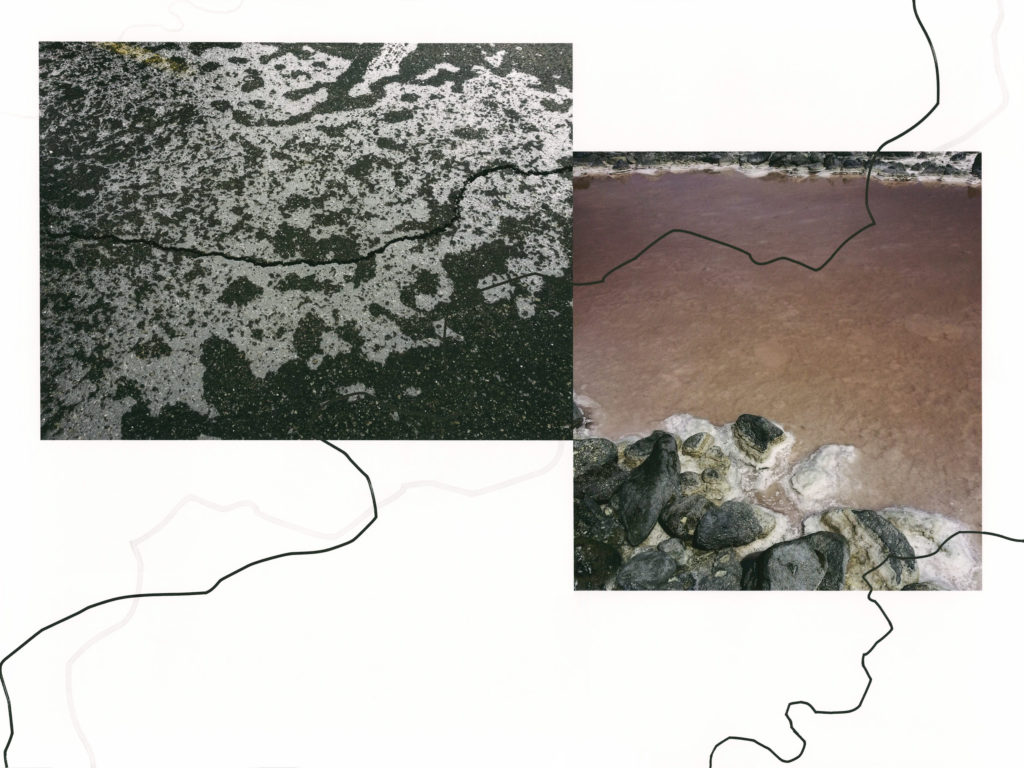 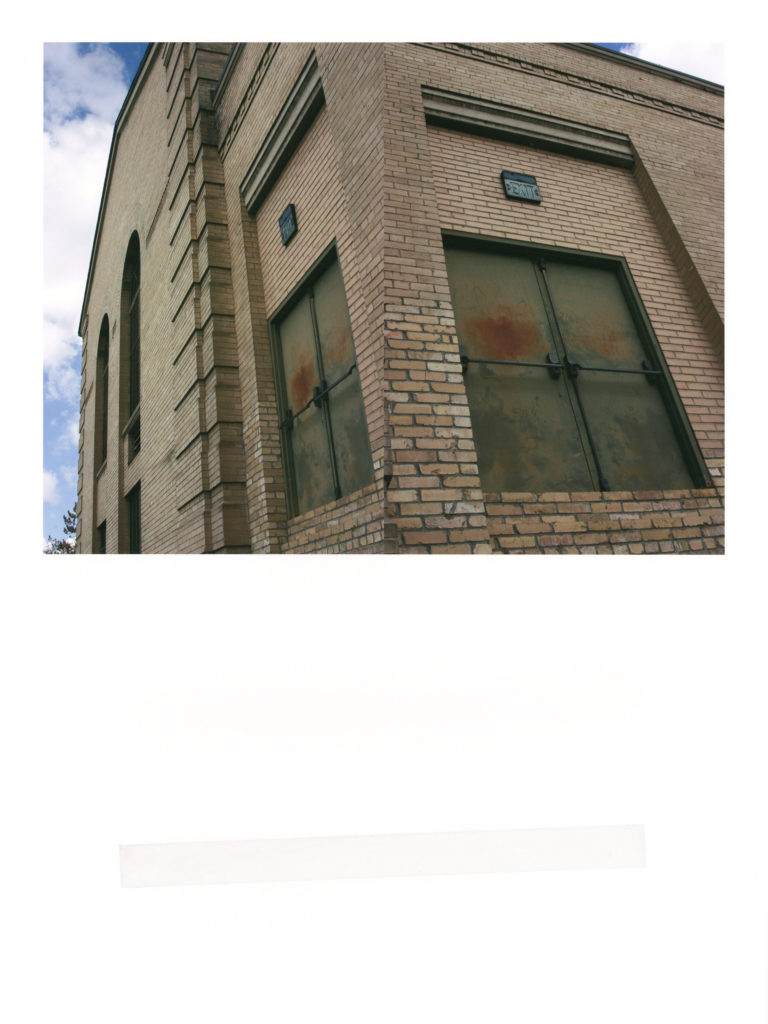 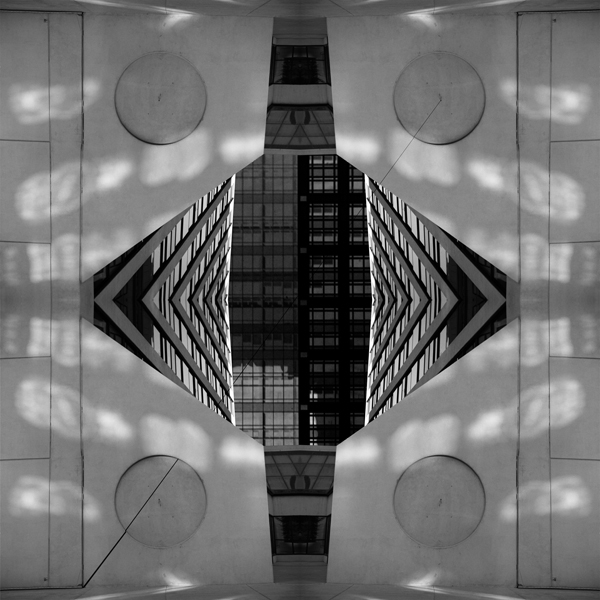 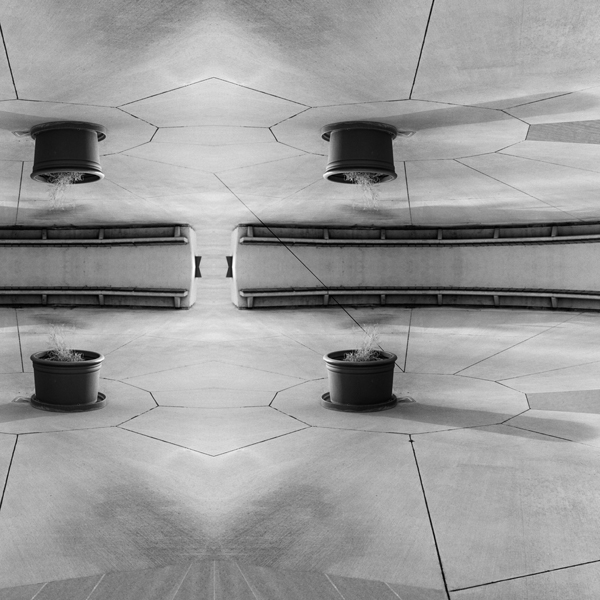 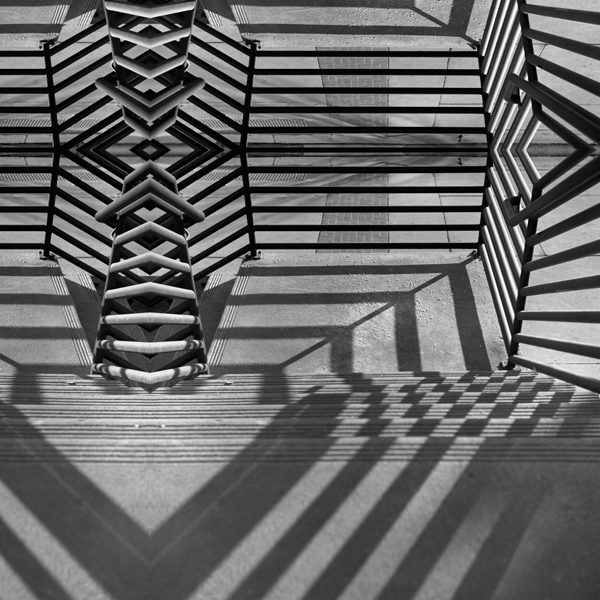 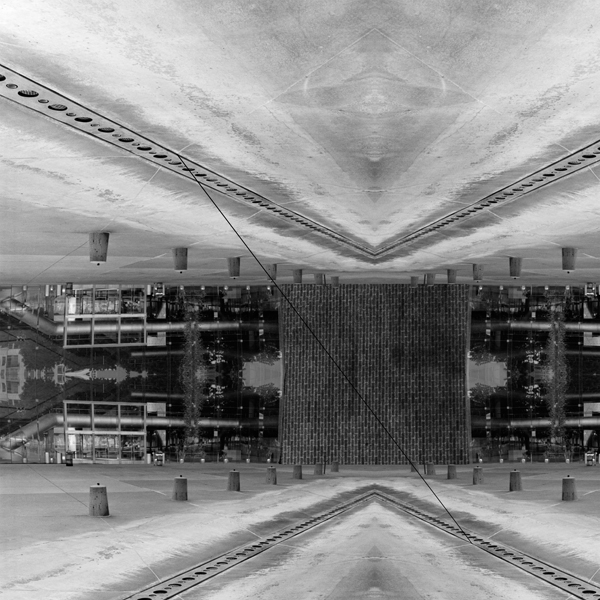 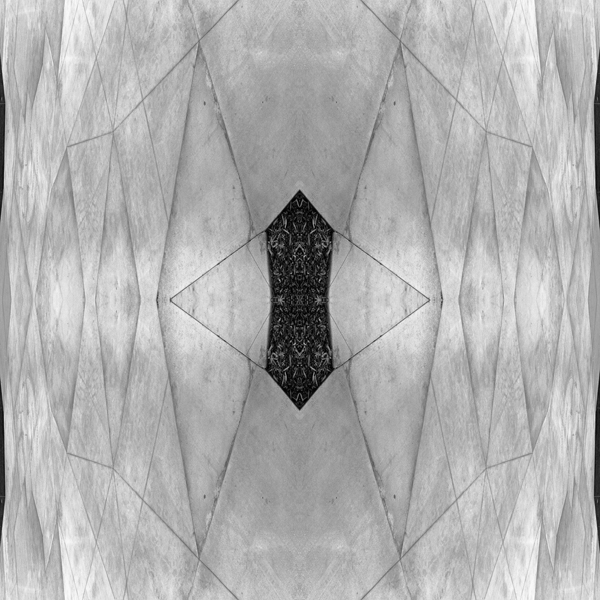 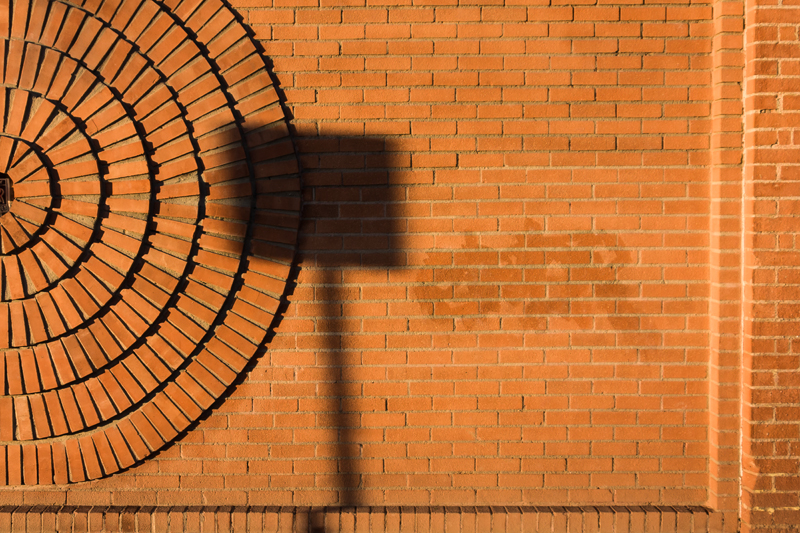 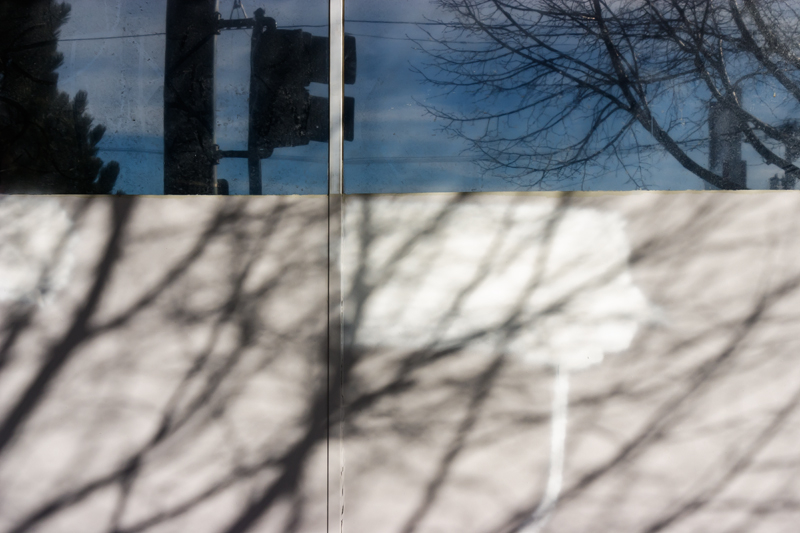 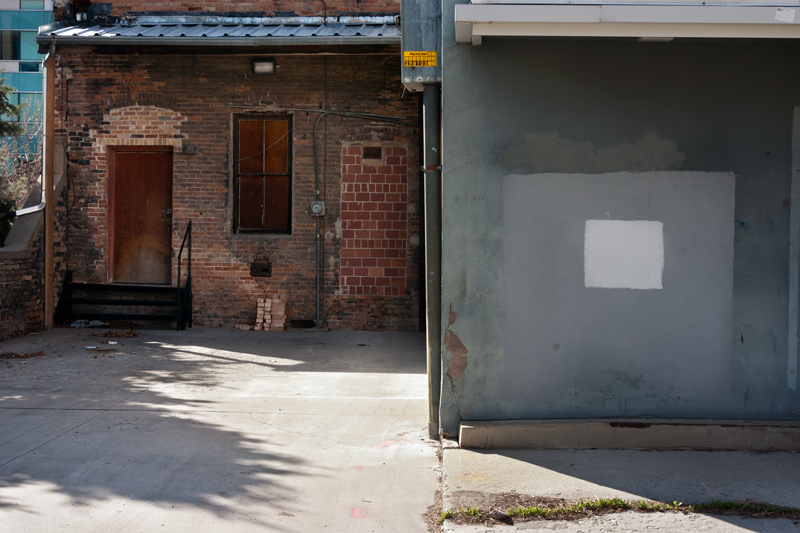 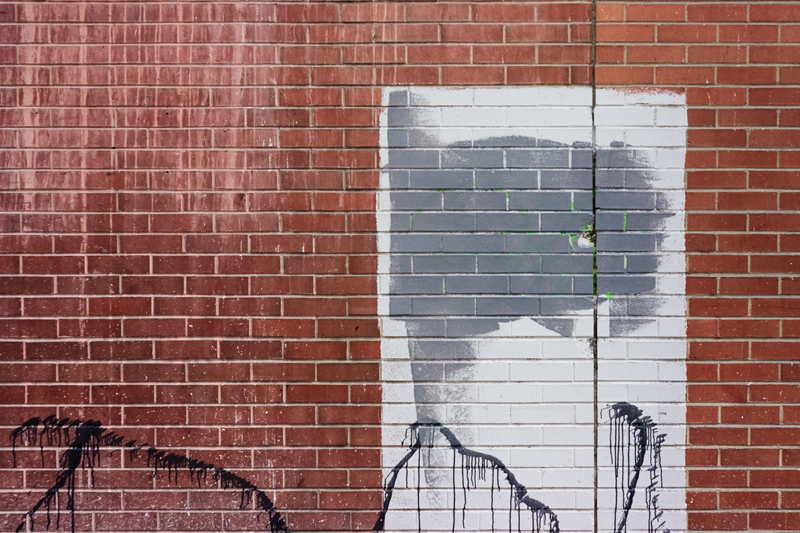