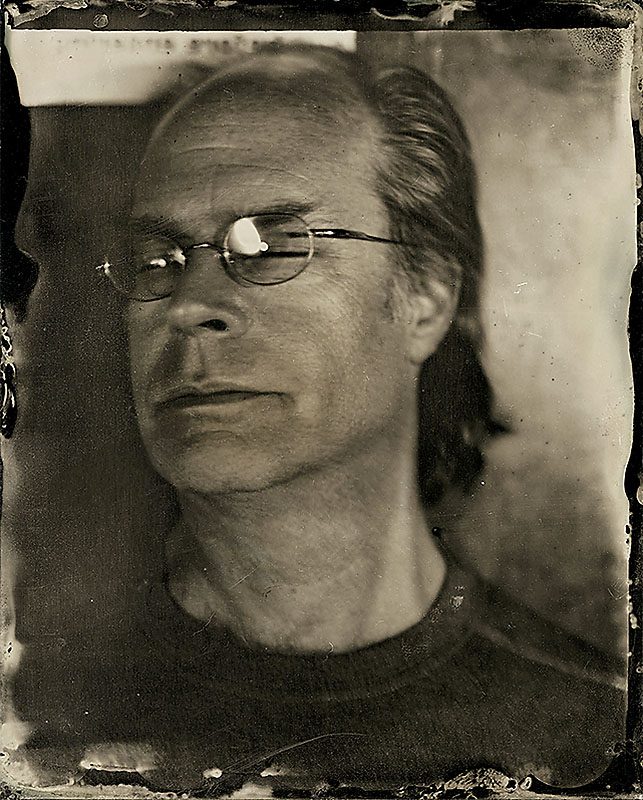 Edward Bateman is an artist and Associate Professor in the Department of Art & Art History at the University of Utah, where he is the head of the Photography and Digital Imaging area. He received his MFA from the University of Utah in 2003 and joined the faculty in 2008. That same year he was awarded the Salt Lake City Mayor’s Award for his contributions to the arts. In 2009, Nazraeli Press released a book of his work titled Mechanical Brides of the Uncanny, which is in the collections of The Metropolitan Museum of Art, Harvard University, Art Institute of Chicago, Stanford University, Getty Research Institute, New York University, Columbia University, Amon Carter Museum Library, and George Eastman House, among others. In 2010, he was a visiting professor at the Kaunas Faculty of the Vilnius Art Academy in Lithuania. In 2012, he was profiled in the UK publication Printmaking Today, the authorized journal of the Royal Society of Painter-Printmakers. Also in 2012, he was one of four professors recognized by the University of Utah for an Early Career Teaching Award. He has been twice short-listed (2014 & 2016) for the Lumen Prize, described by The Guardian Culture Blog (U.K.) as “The world’s preeminent digital art prize.” Bateman and his work will be included in the third edition of Seizing the Light: A Social and Aesthetic History of Photography by Robert Hirsch to be released in the Spring of 2017.

Bateman’s work has been shown internationally in over twenty countries and is included in the collections of the Museum of Fine Arts Houston, The Victoria & Albert Museum, Getty Research, the Pforzheimer Collection of the New York Public Library, Cornell University, Brown University, and others.

The work of Edward Bateman exists in a space between photography and printmaking, although his extensive use of 3D modeling technologies is not common to either medium. Through a use of constructed and often anachronistic imagery, he creates allegedly historical artifacts that examine our belief in the photograph as a reliable witness.

Although some elements in his work depict real things, many objects have never had a tangible physical existence. These are modeled completely inside the world of a computer. They are ghosts made of nothing more substantial than numbers; yet they seemingly share space with objects that have both physicality and history. This digital matrix must then be processed to mimic light itself, one beam at a time, taking from hours to days to complete and involving literally trillions of calculations. 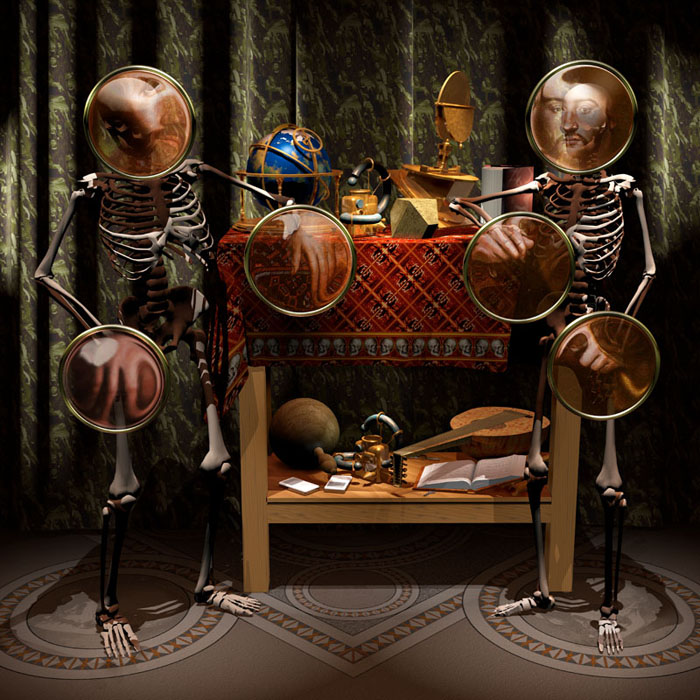 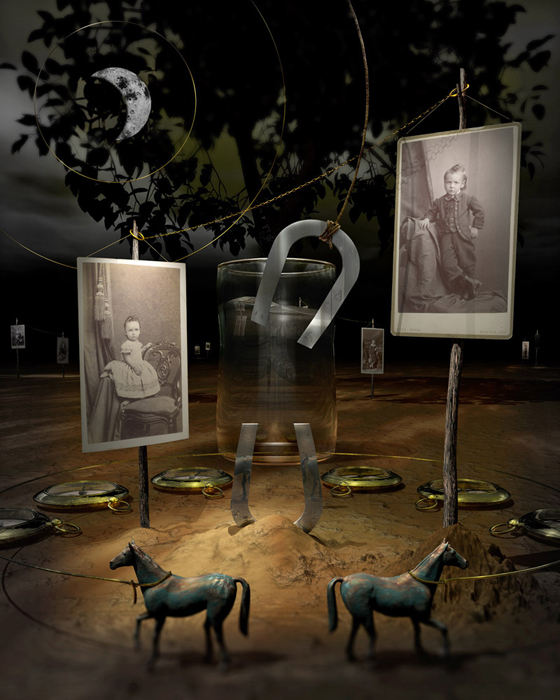 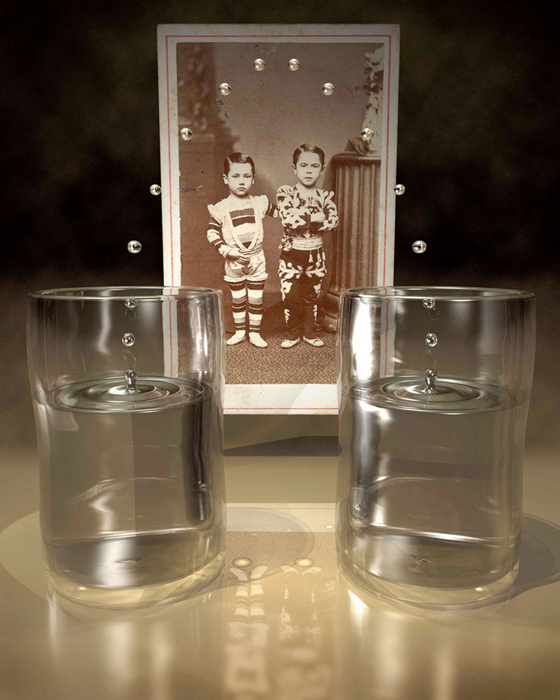 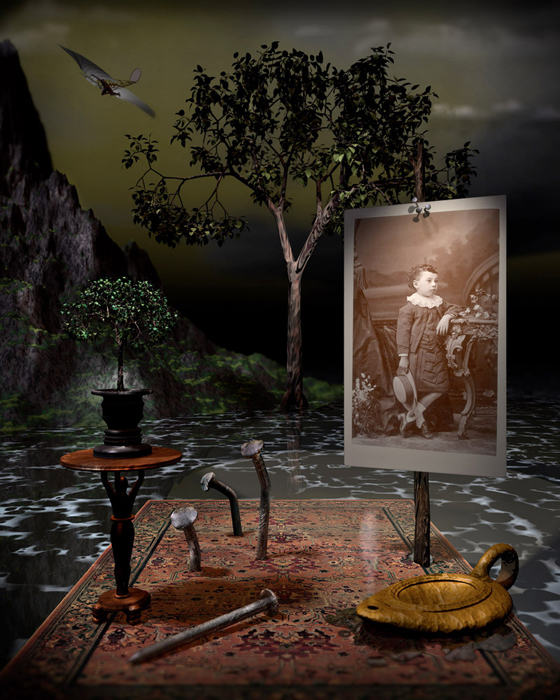 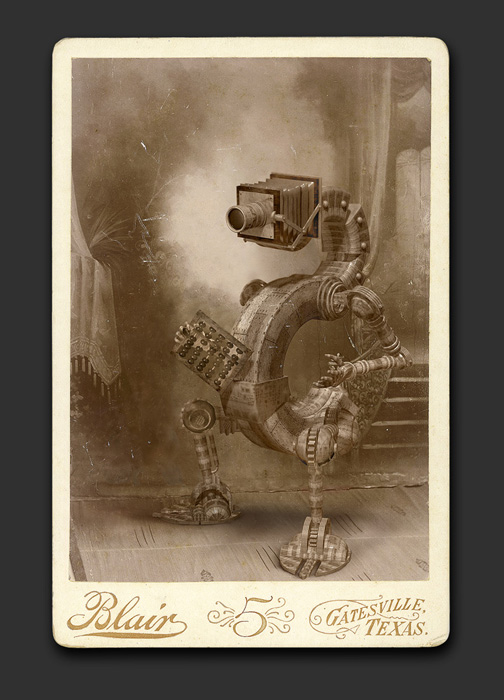 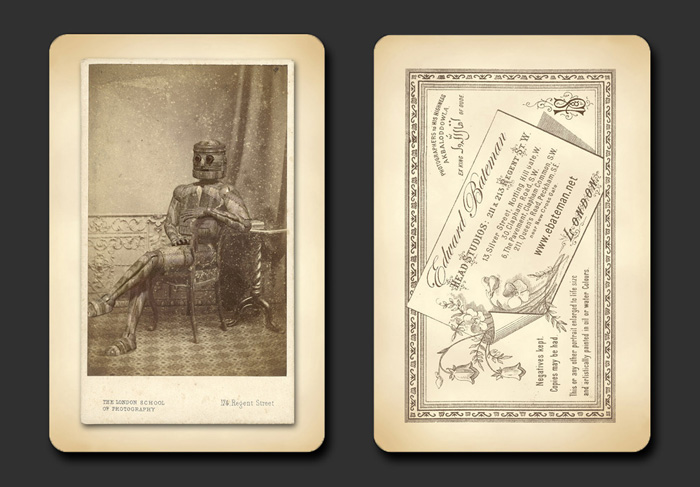 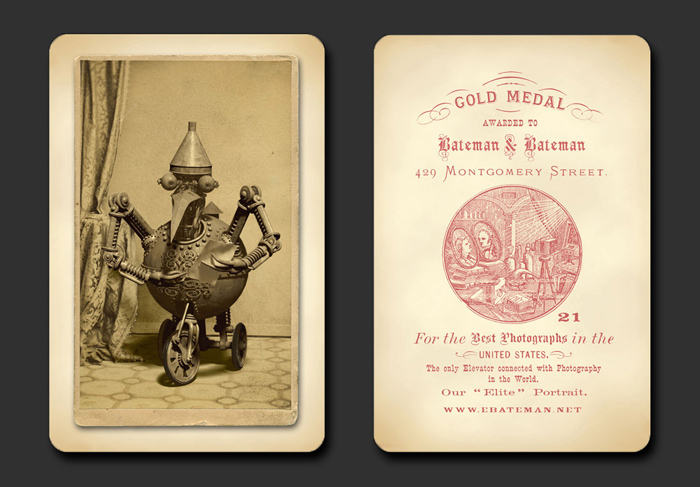 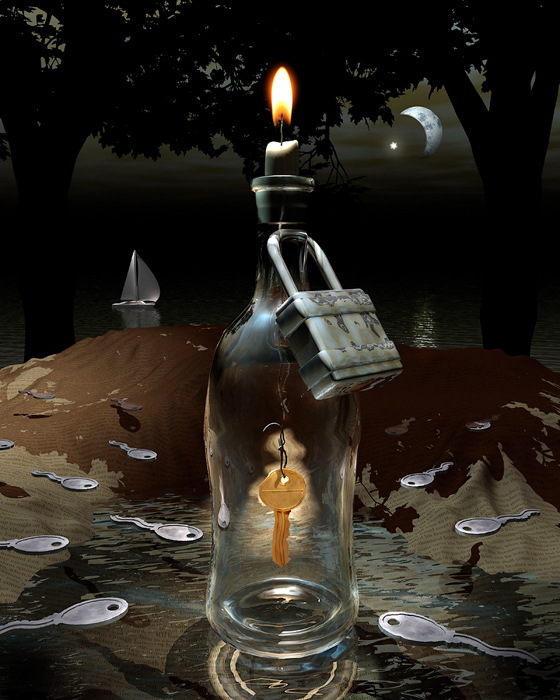 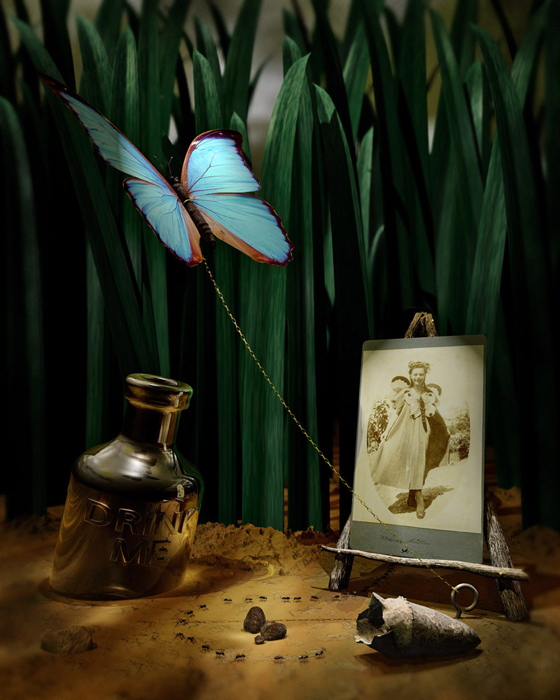