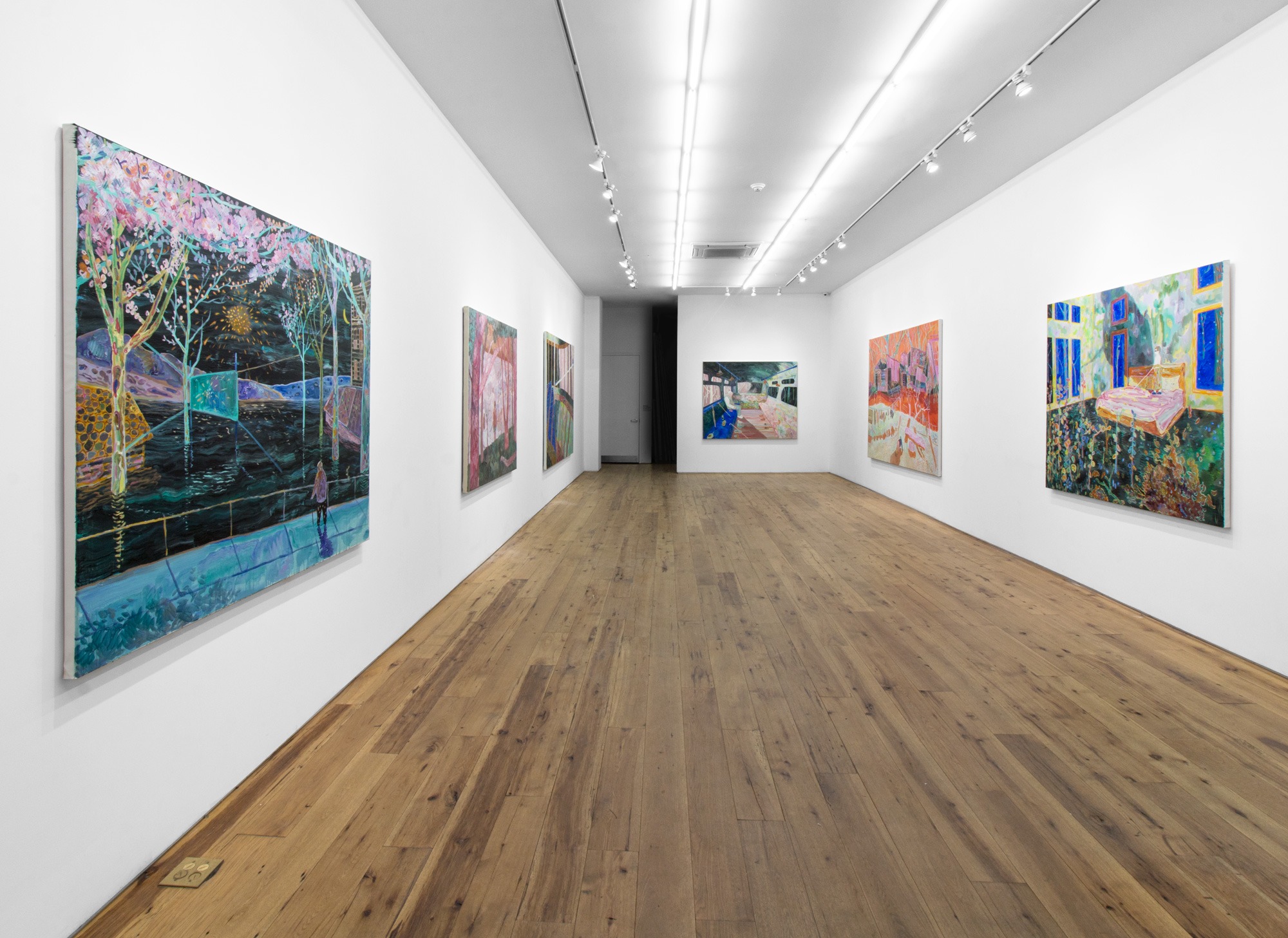 MARC STRAUS is pleased to present our inaugural solo exhibition of new paintings by Utah-based Chinese artist Xi Zhang. The exhibition opens Friday, February 16 from 6pm – 8pm and then will be on view through April 1st, 2018.

Cultural identity and immigration are the most decisive issues of the day in international politics; frequently breeding conflict and misunderstanding. Zhang has tackled these subjects for almost a decade, having studied painting both in China and the US. His new paintings more poignantly than ever bring insight and balance to these heated subjects. His expressionistic canvases present elusive narratives: who are these characters? where are they? The oneiric environments are manifestations of their inner anxieties and dilemmas, places in-between dream and reality, where forbidding landscapes and atmospheres engulf the protagonists. They reflect the immediacy of the issues at hand, that the physical and psychological struggles are real, and pressing.

Visually, they are arresting-loud, vibrant colors amplify emotional depth. Conflating styles of the East and the West, Zhang’s work echoes water-colored landscapes of antique Chinese scrolls, but also the expressionistic gestures and exuberances of early 20th Century Germans and the Italian Transavantgarde of the 1980s.

In his painting The Castle a blind boy ambles across the surface of a luxuriously large bed. It is a place of affluence with well-appointed furniture and large architecturally impressive windows; and yet the foreground is overgrown with wild foliage. Entropy is quickly breaking down the productive bubble. The blind resident is oblivious to his precarious position, an apt metaphor for the modern moment, where wealth may provide an illusionary place to retreat from looking at the wider world. Christina’s World relocates Andrew Wyeth’s iconic character from the idyllic American heartland to a harsher shanty town. Piecemeal shacks are crumbling in the background, while Christina stumbles through a fallow landscape of dead trees and refuse. Toxic green ground and orange skies drive home the mental trauma of the setting. The exported American Dream is forced to be reconsidered with shocking contemporary realities.

Yet, Zhang is not a pessimist ─ his narratives remain open; there is beauty and hope within. For Zhang a brighter future is always possible but requires sincere acknowledgment and apprehension of current obstacles.

Born in 1984 in Kaifeng, China, Xi Zhang completed his studies in painting at The Beijing Institute of Art and Design. He moved to the United States and received a B.A. in painting at Colorado’s Rocky Mountain College of Art and Design in 2008. That year the Denver Post recognized him as the “Emerging Artist of the Year”. He received an M.F.A t the University of Colorado, Boulder, in 2011, and was named one of the “12 Best Colorado Artists Under 35” as well as one of seven “Pathfinders” in the arts in the Denver Post. His 2011 commission from CNN elicited millions of enthusiastic responses on the channel’s website. He was a finalist for the Celeste Prize in 2017.