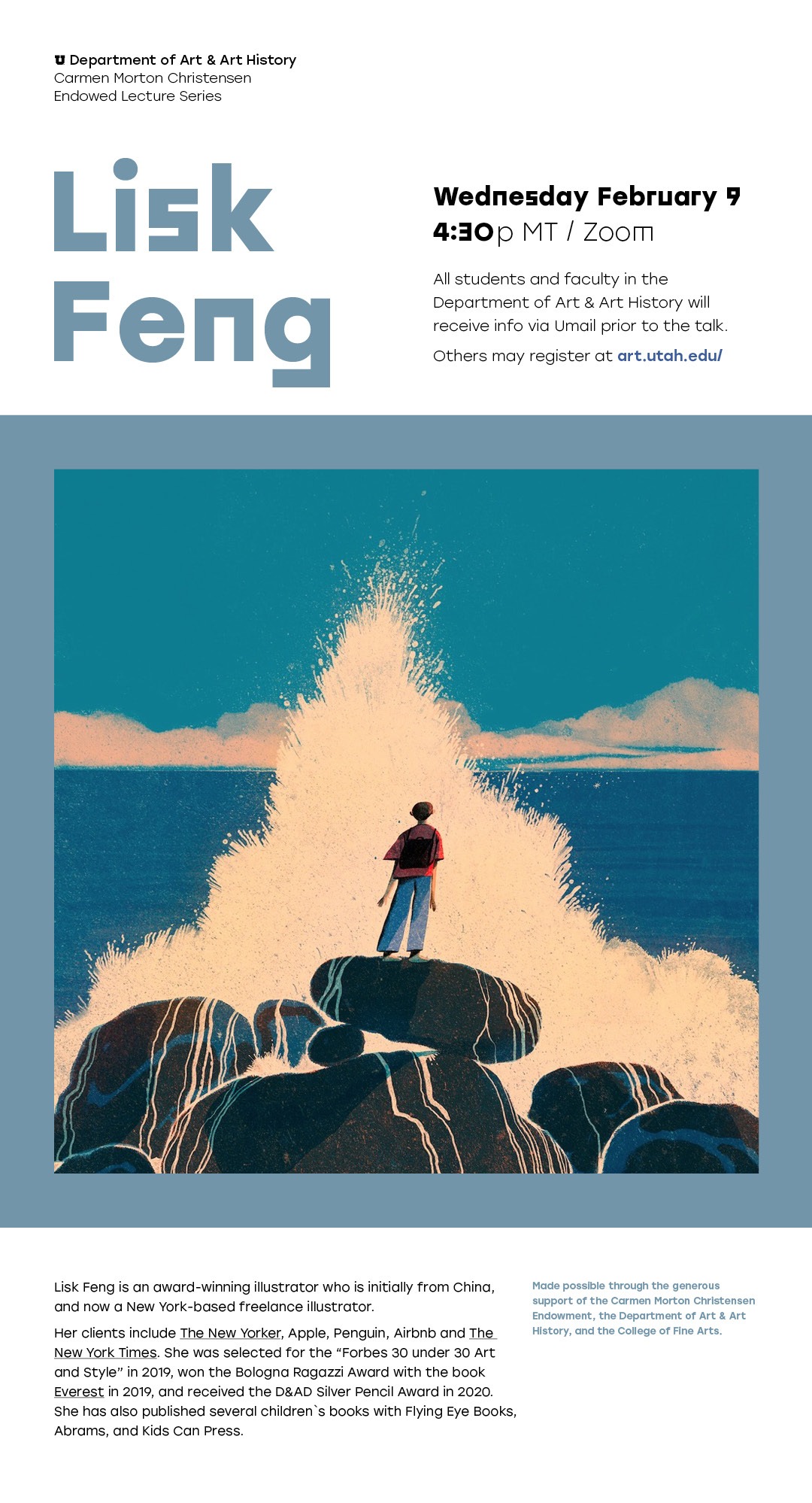 Lisk Feng is an award-winning illustrator who is initially from China, and now a New York-based freelance illustrator. She graduated from MFA Illustration Practice from Maryland Institute College of Art in 2014, with a lot of publications and advertisings projects seen by the world, such as The New Yorker, Apple, Penguin, Airbnb, The New York Times, and Chanel. Meanwhile, her illustrations received some awards and recognitions such as Silver Medal from the Society of Illustrators, Communication Arts Excellence Award, 3X3 Silver Medal, and American Illustration winner. She also published several children`s books with Flying Eye Books, Abrams and Kids Can Press. She was awarded one of the Art Directors Club 15 young gun artists among all artists from all fields worldwide in 2017. She is also selected on the list of Forbes 30 under 30 Art and Style in 2019, won Bologna Ragazzi Award with the book Everest in 2019, and D&AD Silver Pencil Award in 2020.