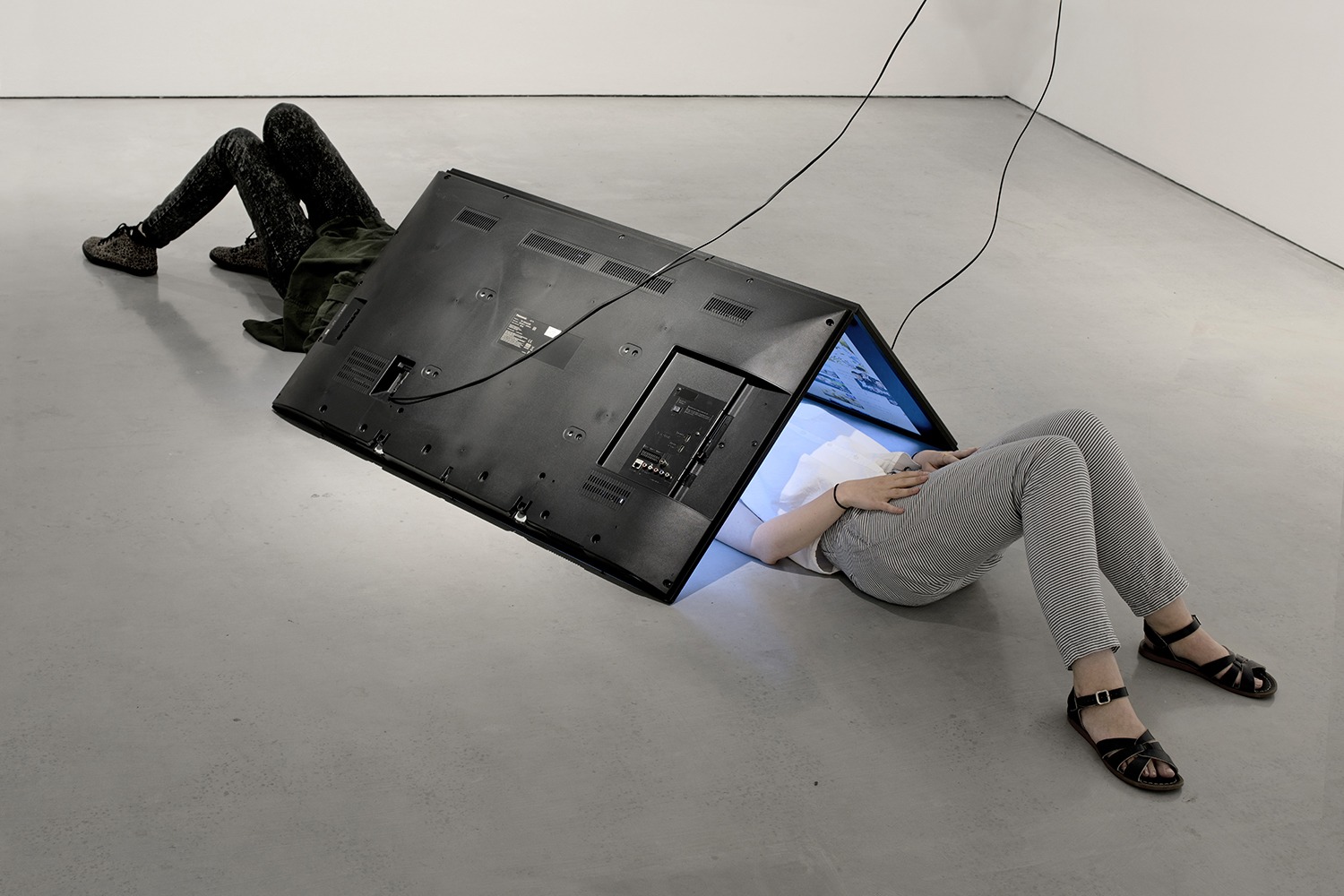 The University of Utah Department of Art & Art History will host a free and public lecture by this year’s Warnock Artists in Residence, Eva and Franco Mattes, on Wednesday, Feb. 14 at 7:00 p.m. in the Dumke Auditorium of the Utah Museum of Fine Arts. The “hactivist” duo, who are originally from Italy but who are working now in New York, are considered pioneers of Net Art and their work investigates the ethics and politics of the Internet and online behavior. At the UMFA, they­ will present their interactive project “In the Zone,” which they will carry out during their residence at the University of Utah.

Eva and Franco are currently faculty members at the MFA Fine Arts Department and the MFA Photography, Video and Related Media Department of the School of Visual Arts, New York. They have worked with various media, among them, the Internet, video and installation. Their work explores the ethical and moral issues arising when people interact remotely, especially through social media, creating situations where it is difficult to distinguish reality from simulation.

Art writer Zach Fischman said, "Eva and Franco Mattes make art about information. For the majority of their lengthy collaboration, they've looked upon the internet and its rapid expansion with a canny and playful intelligence. Much of their output concerns the internet's transition, in the last twenty years, from a vast and unregulated network to an increasingly mediated, corporatized, and policed series of standardized communications."

Describing "In the Zone," they explain, "Imagine a video game in which all of the players are literally performers. The performers are real people, connected to their characters in real-time via the Internet, from [the] university classroom or computer lab. Their performance takes place inside an ordinary, pre-existing, multiplayer video game - but does not require anyone to follow its rules or objectives."

The players will be selected in advance, but are not limited to art students.

"Anyone at the University of Utah and the Museum of Fine Arts will be welcome to participate," they said. "This includes students and professors from the Department of Art and Art History and the Entertainment Arts and Engineering department, along with other fellows."

The rules are: "Each of the players will carry one weapon, meaning they have the ability to shoot anyone else at any given time. Players will also be able to chat with each other during the performance. However, in the initial training sessions, we will stress that the participants must refrain from shooting for as long as possible."

The goal of this project is to see how such a scenario will play out.

"It is possible that the performance itself could last only a few seconds - the average duration of an in-game mass killing," they explain. "Conversely, it could linger on for several hours, approaching the duration of an endurance piece."

There is no predicted end and no repetition.

"The performance will only occur once, and all the participants will be made very aware of this in advance."

This event will be documented through first-person views from each of the players.

"There will be no 'god's-eye view' or 'objective' perception of the event, rather, the piece will exist through a sum of subjective views."

They explain, "At first glance, the performance would appear to be a simple video game session with fellow students. However, beneath the surface it can reveal some very serious moral, ethical, and social implications. The behaviors of each individual, be they thoughtful or instinctive, can instantly and irreversibly affect the whole community."